Advertisement
Home / Opinion / Experiments in the politics of sadomasochism

Experiments in the politics of sadomasochism

Such politics don’t just distract from economic suffering; they are a way of sublimating distress into majoritarian rage 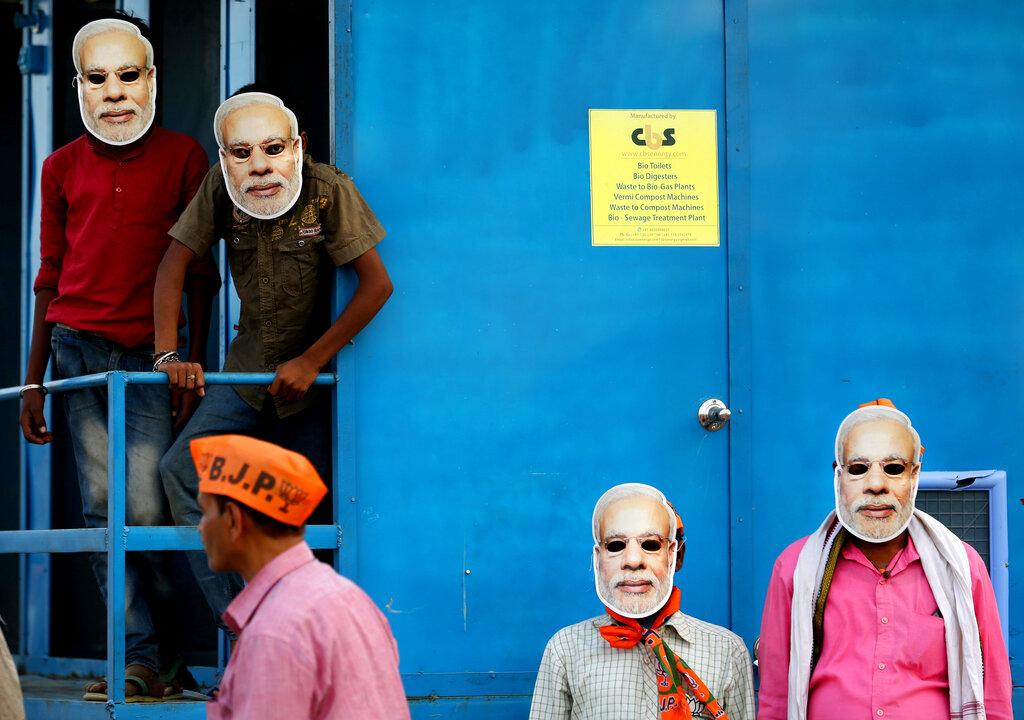 It wasn’t a coincidence that Narendra Modi’s 2019 election campaign was unremittingly sectarian, without even the nod to development that characterised its 2014 pitch. The first step now in reclaiming the republic is to reject the Muslim-baiting menu without caveat or qualification
AP
Mukul Kesavan   |   Published 25.08.19, 04:08 AM

The consequences of the government’s division of Jammu and Kashmir and the reduction of the bifurcated parts into union territories are uncertain, but the massive popularity of the move in India is undeniable. If the BJP’s absolute majority in Parliament wasn’t mandate enough, the chorus of approval from commentators, experts and the man-in-the-street added up to a renewed public endorsement of Narendra Modi’s government and its right to speak for the Indian people.

That this consolidation of political authority occurred at the same time as a broad economic slow-down visible in a devalued rupee, declining investment and the aggrieved complaints of hitherto pliant corporate leaders, wasn’t paradoxical. Or it shouldn’t have been to anyone paying attention to Modi’s masterly re-making of the political mood in his first term when the self-inflicted economic harm caused by demonetisation actually helped the BJP sweep the legislative assembly elections in Uttar Pradesh and gave it the confidence to appoint a Hindu vigilante to the chief ministership of India’s largest province.

Modi managed to persuade the voting public into believing that demonetisation would flush out undeclared wealth and inflict real pain on corrupt businessmen and politicians with a mountain of black money. That this didn’t happen, that nearly all the demonetised bank notes were redeemed, didn’t matter, because the idea that the Indian public was suffering for a cause and that the cause was the prospect of even greater suffering inflicted on corrupt, anti-national profiteers, elevated material pain into patriotic engagement. Modi’s demonetisation was quackery dreamt up by the RSS’s chartered accountants, but like early Victorian patients leeched of quarts of blood by quacks to ‘cure’ their fevers, many Indians believed in Modi’s radical remedy and were grateful.

Demonetisation is best understood as an experiment in sado-masochistic political mobilisation. In these terms it was completely successful. It proved that the prospect of inflicting pain on a collective enemy—in this case a corrupt elite, hollowing out the hapless republic from within—ennobled suffering. This is the political template that guides Modi’s government in its signature initiatives. The promise of of vikas isn’t humbug. Modi recognises that lip-service to economic rationality is important, that in a poor country the promise of material well-being must be an essential part of a governing party’s mood music. This is why the government has been so assiduous in massaging its own figures on comparative estimates of growth during the UPA’s time in office and its own. But rational economic policy is not the BJP’s reason for being. Its raison d’etre has always been its need to define and mobilise a People by nominating an Enemy.

It wasn’t a coincidence that Narendra Modi’s 2019 election campaign was unremittingly sectarian without even the nod to development that characterised its 2014 pitch. Faced with a slowing economy, a stagnant agricultural sector and rising unemployment (aggravated by cronyism, demonetisation and a botched GST transition) it had no serious policy answers. Piyush Goyal’s recent claim that company layoffs were a good thing because they would encourage the unemployed to become small entrepreneurs is a good example of the Modi government’s disinterest in economic sanity. In the absence of bread, there remained circuses. This was not a bad thing from the point of view of the BJP because it allowed it to revert to type, to do what it does best, i.e. mobilise Hindus around the bogey of Muslim villainy.

Demonetisation was a secular tajurba, an experiment in the politics of sado-masochism that proposed a non-denominational enemy: the Bollywood black-marketer of blessed memory, his mattresses and godowns stuffed with No. 2 notes. In the NDA’s second term, encouraged by a steamroller mandate and a flattened opposition, Modi and Shah have put their template to work in the service of their ideological goal: a Hindu People, united in the face of a Muslim fifth column.

This sounds lurid and conspiratorial because it is. The political imagination of the Sangh Parivar is founded on and limited to the idea of disloyal religious minorities. If the contemporary history of populism from Donald Trump to Boris Johnson, Bolsinaro to Duterte, Aung San Suu Kyi to Mahinda Rajapakshe, has taught us anything, it is this: economic distress can be profitably blamed on predatory aliens without and treacherous false citizens within. The politics of sado-masochism aren’t just a distraction from economic suffering, they are a way of sublimating material distress into majoritarian rage.

The subordination and corralling of Kashmiri Muslims, the sorting out and prospective internment of Muslims disqualified by Assam’s NRC, the impunity with which Muslims have been attacked and lynched in north India (the accused in Pehlu Khan’s killing, a murder recorded on video, were released for want of evidence), aren’t straws in the wind, they are the moving parts of a state machine designed to frame Muslims as a danger to the Nation and a drag on its modernity. The disloyal Kashmiri ingrate, the insidious Bengali infiltrator, the beef-eating cattle thief, the preying Romeo, the ghettos crowded with burqas and beards, all of these, separately and together, are the enemies of the People.

This is a package deal. There are arguments to be had about 370 and illegal migration but when they are used to retrofit a communal Leviathan, dissent is the reasonable answer. There is no respectable, hem-raising way of buying in to one part of the programme without buying in to the whole.

To watch the television news or read social media or talk to neighbours and kin is to know how far the politics of sado-masochism has gone. The disciplining of Muslims has become a spectator sport. The triumphalism about Kashmir in the electronic media, the barely disguised relish in the spectacle of Muslims in the Valley being brought to heel, the indifference to the NRC as Assam enacts a slow motion replay of the Rohingya tragedy on a larger scale, is testimony to the BJP’s success in creating a people and imagining a nation in its own image. A nation where the suffering of a nominated few is the glue that joins the many is a Roman circus not a republic. The first step in reclaiming the republic is to reject this Muslim-baiting menu without caveat or qualification.