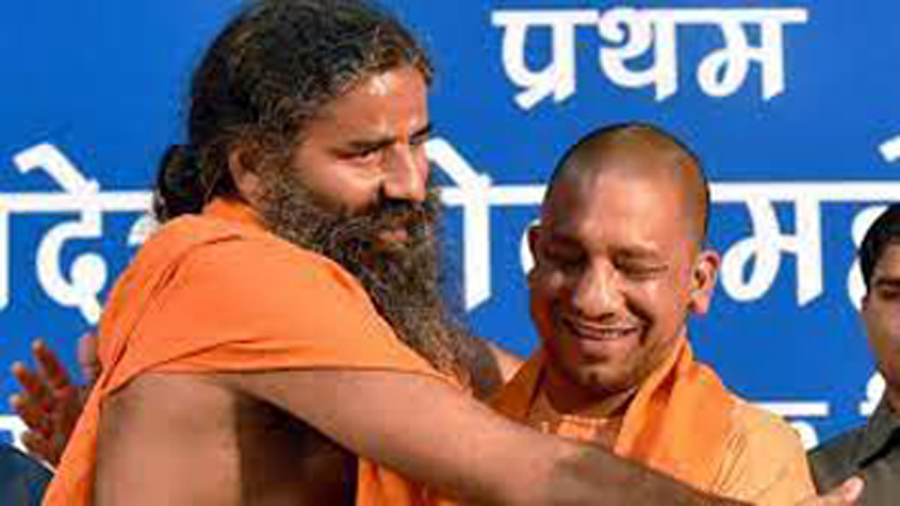 The love of wisdom shows itself in many guises, depending on what the words ‘love’ and ‘wisdom’ mean at different times to different people. Wisdom to some is idiocy to others, and love, again, may look like hate. The Greek name for the love of wisdom was ‘philosophy’, a term much tortured in recent times. But even then, students generally associated university courses in philosophy with the study of inaugural thinkers and modes of thinking that attempt to understand human existence. Or they did so. Now the received notion of philosophy is being revolutionized. The Chaudhary Charan Singh University of Meerut has introduced in the undergraduate philosophy course two books by Ramdev and Yogi Adityanath respectively, reportedly at the Uttar Pradesh government’s recommendation. There was a committee to determine the curriculum, but since the UP government is Mr Adityanath or, officially speaking, Mr Adityanath is the chief minister of UP, the recommendation of his book is more an order to celebrate his stature as teacher and philosopher. The teachings of Socrates and Plato should fade away beside the philosophy of a saffron-clad politician and a saffron-clad businessman since, as the university’s dean of arts said, this was the need of the times.

Is the need of the times political or intellectual? The times are intriguing enough, with political force manifesting itself as love of wisdom. The wisdom being touted is that of ancient India, but of a special kind. There is no serious discussion of ancient Indian systems and subjects of knowledge in the regime led by Narendra Modi; the focus is on thrilling attributions to the past in order to prove India’s superiority and inspire a Bharatiya Janata Party brand of nationalism. Thus Ganesha’s head is proof of plastic surgery, Gandhari’s children come from stem cell and test-tube birth technology, Vishnu’s chakra is a guided missile and so on. Besides inspiring a contrived patriotism, such myth-making devalues serious scholarship and aims to stifle critical thinking.

A revealing example of efforts to destroy learning based on reason and a scientific approach is the inclusion of a book by a businessman and yoga teacher in a university syllabus just after he proclaimed allopathy to be a ‘stupid science’. The sequence of events is dangerous, especially in the context of the countrywide protests by doctors against Mr Ramdev’s comments in the midst of the pandemic. The ayurvedic company he endorses was selling a product claimed to be the first proven cure for Covid. Students will be learning from his book how yoga cures illnesses, and about hatha yoga practice from the chief minister’s book. Yoga as one of the six systems of ancient philosophy demands serious study. A philosophy course would be enriched by it; its utility in everyday life is a different discipline altogether, even if presented knowledgeably. But the new philosophers of New India are just patriotic; the credibility of Indian education is not their concern.