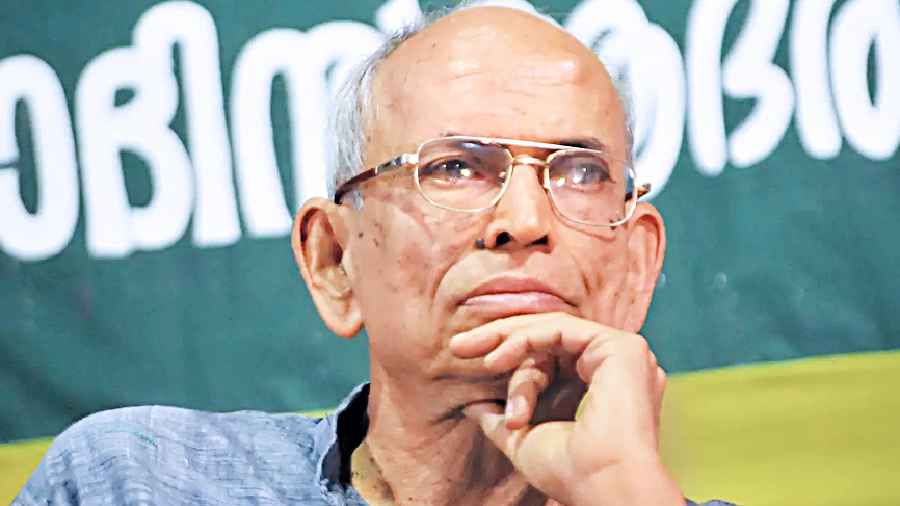 I come from a family of scientists, but I shied away from studying science myself. Yet, in a happy irony, it turned out that the most important intellectual collaboration of my life was with a scientist, Madhav Gadgil, whose eightieth birthday falls later this month.

Born in Pune, Gadgil studied in Bombay, and at Harvard, where he took a PhD in ecology and later also taught. In the early 1970s, he and his wife, Sulochana (who had a PhD in mathematics from Harvard), decided to forsake the prestige and comfort of a scientific career in the United States of America and instead devote themselves to working in India.

Fortunately, their brilliance (and passion) was recognized by the visionary director of the Indian Institute of Science, Satish Dhawan, who offered them both positions at the Institute’s Bangalore campus. There, Sulochana helped set up a Centre for Atmospheric Sciences while doing landmark work on the monsoon. Madhav founded a Centre for Ecological Sciences, mentoring some fine young scientists along the way.

I have written elsewhere at length about the arc of Madhav Gadgil’s scientific career (in a chapter of my book, How Much Should A Person Consume?). In this column, I wish to write in a more personal vein about Gadgil and what he has meant to my work. When we first met, in the summer of 1982, he was rapidly moving away from mathematical ecology towards a more field-based approach to his science. He had been studying the behaviour of elephants in the Bandipur National Park and had come to the Forest Research Institute in Dehradun to speak on his research. As it turned out, my father worked in the FRI, and I had returned home from Calcutta (where I was doing my doctorate) for the summer vacations. I attended the visiting professor’s talk, and afterwards was introduced to him. When I told him I was beginning research on the Chipko movement, he called me over to the FRI Guest House, where we had the first of our countless conversations, these held variously in Bangalore, Delhi, Calcutta, Kochi, Dharwad, Pune, and at different field locations in the Western Ghats.

In his studies of animal ecology, Madhav Gadgil had come face to face with the simmering conflicts between tribals and peasants who lived near national parks. Meanwhile, he had developed a broader interest in forest management and had found, to his dismay, that State policies in this sector were deeply biased in favour of commercial interests and neglectful of the needs of peasants, pastoralists, and artisans.

Madhav had a strongly developed social conscience, this partly innate and partly inherited (his father was the distinguished economist, D.R. Gadgil, a liberal with a serious interest in human rights and an admiration for the work of B.R. Ambedkar). Now, as he was transitioning from mapping ecological models to studying the real-life interactions of people with nature, I was myself abandoning field-work for historical research. In Dehradun and Delhi, I had found a rich vein of records on colonial forestry, these unaccountably ignored by historians. As I told Madhav excitedly about my findings in the archives and he told me in a more restrained fashion about his field-research, we realized that if we pooled our resources and our interests, we might be able to produce something together which neither of us could do on our own.

In the year 1992, Madhav Gadgil and I published This Fissured Land: An Ecological History of India. That book presented a longue durée history of the use and abuse of forests in India. Some reviewers were enthusiastic about the book, others complained that it was pervaded by a depressing, even apocalyptic, tone. We resolved to write a more constructive follow-up, which would seek to show Indians how they could more effectively reconcile the often conflicting imperatives of economic growth and environmental sustainability. The sequel to This Fissured Land was published in 1995 under the title, Ecology and Equity: The Use and Abuse of Nature in Contemporary India. These two books have both been continuously in print since their first publication, and they are also available in an Omnibus Edition published by Oxford University Press. I won’t therefore summarize their contents (or the range of reactions they have received). However, I would like to say something about the process of collaboration. That Madhav’s name appears first on the title page is not merely because Gadgil precedes Guha, alphabetically. The analytical framework of both books is largely his; key concepts in the first book, such as ‘resource catchment’ and the contrast between ecological prudence and ecological profligacy, and in the second book, such as the tripartite division among omnivores, ecosystem people and ecological refugees, were coined and elaborated by Madhav. However, I probably contributed my fair share of empirical research. I also took charge of the rewriting, seeking to blend his crisp, economical style with my more effusive and exuberant mode of narration.

When one worked with Madhav, one learnt new things all the time. These were not just scholarly or scientific, but also institutional and professional. I had come from doing a PhD in Calcutta where the intellectual culture was then notoriously feudal, with the Marxist professors being the most feudal of all. One had to refer to a scholar even a mere month older than you as ‘dada’, and one was taught not to question the word of academic seniors. On the other hand, I called Madhav by his first name (although he was a full sixteen years older than me); more importantly, we worked and argued as intellectual equals, with me pushing back against his ideas I thought excessively influenced by evolutionary theory, and he challenging my ideas he thought too dogmatically Marxist.

Madhav had an abiding concern for social justice and a profound scepticism of those in power. His own science had benefited enormously from what he had learnt from peasants and pastoralists and he sought, therefore, to give back as best he could, by working with local communities in crafting sustainable models of resource management and by writing widely in the press. While he was not the sort to join dharnas or affix his signature to collective petitions, about things he knew and had studied, such as the protection of individual and community rights in forests and protected areas or the shallowness and sycophancy of sarkari officials, he could be as forthright as the next activist.

Madhav Gadgil is now finishing his own scientific autobiography, to be published next year, which will deal, among other things, with the comprehensive and prescient report on the Western Ghats written by a committee of experts chaired by him. This made a close and careful delineation of fragile forests and steep hillsides which needed to be carefully protected from mining and other destructive activities and advocated greater participation of panchayats and local communities in decision-making. (The report is available online: see https://www.cppr.in/ wp-content/uploads/2013/03/Gadgilreport.pdf)

The Gadgil Committee’s report was bitterly opposed by the contractor-politician-bureaucrat nexus, but welcomed by a wide cross-section of the public. Had it been implemented, the floods that have ravaged states such as Kerala, Karnataka and Goa in recent years might have been mitigated or prevented.

I have known Madhav Gadgil for forty years, or exactly half his life. I thus have many memories of my friend and colleague — in his home or mine, in the dining hall of the Indian Institute of Science, in seminars in different cities, on bus or train journeys we took together. If I have to single out one memory, it must be about his beloved Western Ghats. Among the people Madhav most respected was a Jesuit priest, the late Father Cecil J. Saldanha, who had carried on the scientific traditions of his Order to write a definitive treatise on the flora of his native Karnataka. Once, preparatory to holding an exhibition of his photographs, Father Saldanha laid them out in the corridors of the Centre for Ecological Sciences. The frames carried, at that stage, no captions. I asked Madhav to identify them and he did so, effortlessly, telling me which bird species that particular forest was notable for, what the name of that water body was, which village lay nearest to that electricity pylon cutting across the landscape. It was a tour de force, and it left me — an indifferent field-worker myself — speechless with wonder and admiration.