Parallels in media coverage of Brexit and Kashmir 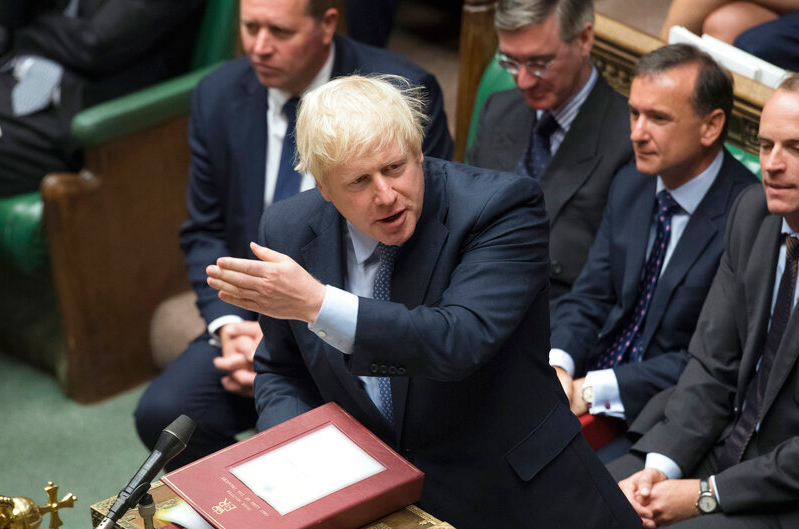 India and the United Kingdom enjoy an unstated special relationship. Regardless of the unending sniper attacks on the lingering colonial mindset of a section of the British Establishment and the exasperation felt in the UK over the prickliness of Indians, both countries have an innate comfort level with each other. Britons continue to be fascinated by aspects of Indian life, thanks in no small measure to the presence of a large Indian (and Pakistani and Bangladeshi) diaspora. Likewise, whether going on a cricketing holiday or simply raiding the summer sales, London remains a favourite port of call for middle class Indians.

In the 1950s and 1960s, society and politics in the UK were exhaustively covered in the English language media in India. The UK budget, for example, was routinely front-page news till the early 1960s at least, comparable in quality to the dissection of the economy of the United States of America in today’s world. Many newspapers even maintained a London office, some located in the heart of Fleet Street. The London Notebook published each week in The Sunday Statesman was obligatory reading for those who wanted to be well informed. Despite the greater frequency of travel between the two countries, this is no longer the case. The elite travellers may still have a familiarity with London’s quality restaurants, but awareness of British politics has declined sharply. Today, both countries seem to view the internal politics of the other through the perfunctory coverage in the foreign pages of the quality newspapers. The outcome isn’t always very wholesome.

Some examples will illustrate the pattern.

The past weeks have witnessed dramatic developments in the UK centred on the bid to take the country out of the European Union. Theresa May, whose attempts at a negotiated settlement came to nought, was replaced by the former mayor of London and former foreign secretary, Boris Johnson. In just over a month of assuming charge, the flamboyant Johnson, who has committed himself to securing Brexit by October 31, prorogued Parliament. In plain language this meant that he reduced the number of days Parliament would be sitting by a few weeks, not least to give himself the necessary elbow room to either secure a deal or manage the unilateral withdrawal from the EU.

Johnson’s was undeniably a politically contentious move. It was, as most of the pundits grudgingly conceded, not exactly unconstitutional but only transgressed existing conventions, very marginally. However, it was not and was never intended to be a ‘suspension’ of Parliament. It was aimed at giving the government some room for manoeuvre in the face of a House of Commons that was essentially against the very idea of withdrawing from the EU but didn’t have the moral resolve to say so openly. In effect, what we witnessed — and will continue to witness until the issue is finally resolved one way or another — was a clash involving two principles: the sovereignty of the people (as expressed through the referendum verdict to exit the EU) and the sovereignty of Parliament.

The whole issue is complex and, quite predictably, there are no easy answers. Yet, the whole issue was presented to the outside world in a way that was most unflattering to the supporters of Brexit. First, it was suggested that Johnson was attempting a constitutional coup by trying to bypass Parliament. Secondly, it was hinted — although never explicitly stated — that public opinion was strongly against the ‘suspension’ or bypass of Parliament. The fact that the Conservative Party enjoys a healthy lead in the opinion polls and would probably sweep an election if the single-issue Brexit Party led by Nigel Farage opted out of contesting, was kept under wraps. Instead, disproportionate coverage was given to last weekend’s demonstrations all over the UK against a no-deal Brexit. Finally, and this was principally a contribution of the intellectuals who were and are firmly against Brexit, the impression was sought to be conveyed that there are no weighty arguments for a unilateral UK withdrawal from the EU. Indeed, to overseas audiences at least, it has often appeared that Brexit was the handiwork of philistines, racists and bigoted English nationalists. This view was supplemented by scary media stories suggesting an imminent flight of capital from the UK.

I don’t believe that the portrait of the political tussle in the UK that was painted was either fair or accurate. To a very large extent, the distortions were the handiwork of a media that chose to be partisan on this issue. Whether this was due to their ingrained suspicion of anything that remotely smelt of nationalism or was part of a larger cosmopolitan bias is worth thinking about. In many ways it seemed a repeat of the 2016 referendum campaign — or even the Donald Trump-Hillary Clinton contest in the US — where the world reacted in surprise to the outcome because the media coverage had been so utterly one-sided. In short, the media let themselves down by choosing to see what they wanted to see.

The Brexit kerfuffle warrants some attention because there is a parallel with the international media coverage on the happenings in Jammu and Kashmir. In terms of international diplomacy, Pakistan has not been able to secure any worthwhile support for its campaign to show the region as the darkest spot in the world. Apart from China, no major country, not even the Islamic states, have thrown their weight behind Pakistan. However, Islamabad has notched up some brownie points in terms of propaganda. First, it has been suggested that India has ‘annexed’ the ‘disputed’ region. Secondly, it is being reported that the civilian population is being coerced by a massive deployment of armed forces. Thirdly, in line with the grim picture of the Narendra Modi government that was painted during the general election, it is being broadcast that the action in Jammu and Kashmir is aimed at reducing Muslims in India into the status of second-class citizens.

This tendentious portrayal of the events may not enjoy traction within India. Informed governments overseas have also been inclined to see through the exaggeration. However, in the minds of a certain community of activists, forever looking for causes to endorse and get shirty over, Kashmir has been added to a list. What this means in practice is that Kashmir will get to be repeated in the same breath as Palestine, the Rohingya conflict and Islamophobia. It also means that there will be an inclination to believe every sob story — real or half-truth — and every colourful story of human rights abuses by Indian forces. There is a tendency for the media to focus on bad news — since good news is never newsworthy — and Kashmir’s entry into the list of ‘conflict zones’ has meant that ambitious journalists out to make a mark in a competitive profession will be inclined to hunt for horror stories, blow incidents out of perspective, and even be willing to believe outright lies.

Just as there is a certain peer group and intellectual sanction to opposing Brexit on the grounds of preventing uncertainty, safeguarding democracy and opposing nationalism, Kashmir is being held up as a test of cultural autonomy and the future of the ‘idea of India’ — a phrase that in recent days resonates more in Pakistan than it does within India. In both cases, what is banked on is ignorance of specific situations and a particular ignorance of the grim reality of jihad, in favour of a grand narrative that, among other things, involves debunking nationalism and sneering at the right-wing. Every generation produces what Lenin mocked as ‘useful idiots’.

Britain is rapidly approaching the edge of the Brexit cliff