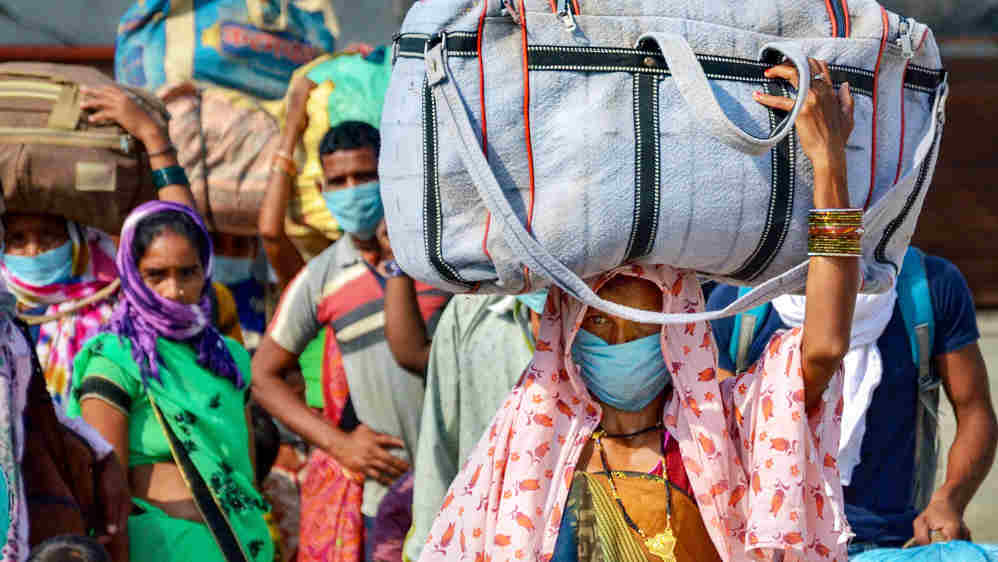 Migrants from Chhattisgarh arrive at Amritsar railway station to board a special train to return to their native places during the ongoing Covid-19 lockdown on June 4.
PTI file photo
The Editorial Board   |     |   Published 08.09.20, 02:09 AM

It was when thousands of migrant labourers started their walk back to their villages miles away from their workplace after the lockdown in March that respectable India seemed to get some impression of their numbers. India’s indifference to the men and women whose underpaid labour creates the comforts of everyday life is indicated by the fact that there is no firm count of migrant labourers. The figure in the census is 51 million, although the number has unofficially been put at anything between 120 to 140 million. Seasonal migrant workers, who go for agricultural or construction work for some months each year are often left out of the count. The focus is on workers who move for longer periods from rural areas to growth centres. Whether seasonal or long-term, or caste-based workers traditionally engaged in the leather industry, say, or sanitation, internal migrants work mostly with low pay in hazardous environments, often trapped in debt to their contractors. Short on educational and social security, they need the government’s attention. Yet a recent study based on experiments in the field shows that local politicians are far less inclined to help migrant workers than residents of their constituencies.

Researchers from Columbia University and the University of California, San Diego have found that in 28 large cities, municipal councillors favour long-term residents in their wards when they need help over migrant labourers come recently to the area. Among the reasons for this that could be inferred from the results of the field experiments the chief one was political. Internal migrants are not registered voters in the places they go to work in; they return to their own localities at election time. Since the electoral fate of local politicians does not depend on their goodwill, they figure low on the politicians’ list of people to be helped. Other factors are at work too, bias being one of them. Secondary results of the researchers’ experiment indicate that councillors are more responsive to residents with Hindu names than others, and to professional and skilled people, such as doctors and engineers, than those in low skilled work, such as cleaners. But overall, migrant workers suffer most from politicians’ neglect. Will heightened public awareness about their suffering help ameliorate this “systemic political neglect” after the pandemic passes?