Advertisement
Home / Opinion / On all fours: The press freedom

On all fours: The press freedom 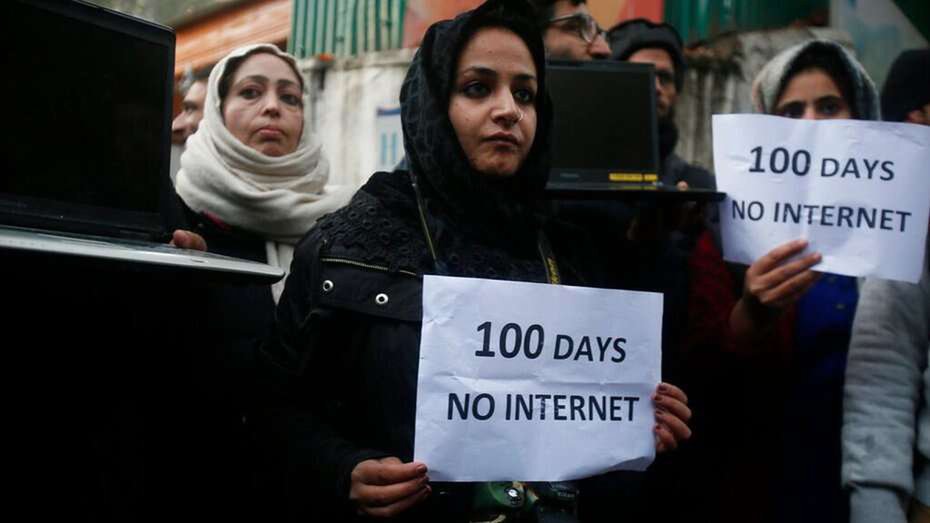 Kashmiri journalists hold placards and protest against 100 days of internet blockade in the region in Srinagar, on Tuesday, November 12, 2019. Internet services were cut since August 5 when Indian scrapped Jammu and Kashmir's semi-autonomous status. Image used for representational purpose.
AP
The Editorial Board   |     |   Published 27.04.20, 09:30 PM

Consistency need not be a virtue at all times. Take the case of India’s consistently poor performance when it comes to upholding the freedom of the press in recent years. This year, India has been ranked 142 in a pool of 180 countries in the global press freedom index put together by Reporters Without Borders (RSF). In 2019, India occupied the 140th spot on the index that is considered to be a reliable register of the health of the fourth estate in countries around the world. There may have been a change for the worse in India’s position on the register, but the factors that have contributed to the deterioration seem to have remained unchanged. Greater intrusions by the Narendra Modi government to make the media toe its exclusionist line, the threat of prosecution of journalists critical of the powers that be as well as geographies — Kashmir being an obvious example — inimical to fair, investigative reporting have, the RSF says, worsened India’s rankings. It is difficult to dismiss these allegations. The publication of the index almost coincided with the Jammu and Kashmir police booking a scribe for social media posts allegedly prejudicial to national integrity. All of the three causes cited by the RSF seem to fit neatly in this case.

Political intimidation — choking advertisement revenue — in combination with archaic, repressive legal instruments is an old strategy to put independent media in a chokehold. The law of sedition, commonly invoked to suppress dissenters and journalists, is especially useful for this purpose. What is new, however, is the vicious, targeted hate campaigns against journalists digging up inconvenient truths. The ‘anti-national’ rhetoric comes in handy to vilify citizens not exactly enamoured of the government. What has been noticeable — this is not expressly mentioned in the press freedom index — is also an implosion of integrity from within the journalistic fraternity. India abounds with pliant scribes, editors and owners eager to propagate the government’s side of the story. The rewards for being the master’s voice must be substantial. The erosion of journalistic ethics must be viewed as a partial reflection of the financial crisis that has gripped the media as a constituency. Over-reliance on advertising revenue not immune to the levers of the State has whittled down the freedom of the press. The creation of an alternative financial model is critical for the media’s economic survival and sovereignty.