An ethical imagination can create a different democracy 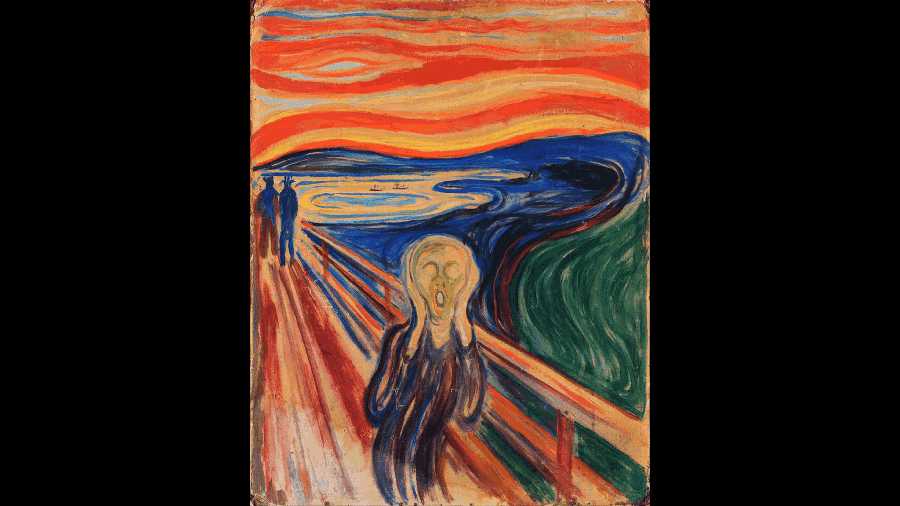 A morning newspaper consumed with coffee can be a source of hope or a moment of despair. Of late, despair as a narrative dominates news, raising the question as to whether the citizen as a spectator has any role to play. One has to ask whether citizenship as spectatorship has lost its sense of testimony, witness, judgement or participation. Has citizenship become a mere act of consumption, especially of violence?

The sense of powerlessness one feels haunts not just us but also international institutions around us. What does one do in these moments? I am reminded of what an old teacher would suggest. We used to call him the ‘work-book philosopher’. He combined thinking and activity. The old man said, “To read a newspaper without an atlas next to it disembodies news.” He would ask us to map our world and our position in it. Geography thus became a prelude to ethics and trusteeship. A map of the world is an outline of caring. The professor would say, “Map your world, map your location in it. This way your citizenship might be confined to one locality, but your humanity belongs to all.” He would add, “More than maps, it is numbers you need to think with. Despite what Albert Camus claimed, statistics need to bleed and body counts mourn in despair.” For him, prayer and mourning were the first rituals of concern. He would say that sometimes one needs to scream. Screams, he said, following Francis Bacon, the artist, are primordial poetry that remain indelible as memory. He would refer to the Greeks who would list out oratorically the ships that went to war; today one must list the countries and the people facing erasure. He wanted us to do it in an old-fashioned way. He insisted, following the philosopher, Martin Buber, that the ‘I-IT’ of a newspaper objectivizing news must become an ‘I-Thou’ of reverence, voicing the poignancy of care and concern. One must speak and act because silence is a denial of humanity and responsibility. It erases your map of concern.

Ethics becomes an everyday act, growing into a creative imagination. It enacts a drama of protest, unfolds a statement of solidarity. One senses this in Kiran Mazumdar-Shaw’s appeal of concern to the Karnataka chief minister, B. Bommai. It was an invitation to act in public to ethically repair a fragile situation where a tradition of reciprocity, of Muslims and Hindus selling together at festivals, would be destroyed. There was a simplicity and a humanity to her protest. She did not flag the pomposity of her position. She behaved as a citizen appealing to other citizens to voice a concern. She wanted to preserve the personal sanity of her beloved Bangalore, a vision of a city articulated by exemplars ranging from the legendary M. Visvesvaraya to the writer, U.R. Ananthamurthy. It was a dream of a city which could enclose a hybridity of people and cultures where difference added to cultural effervescence. Sadly, Bangalore is losing this gossip of democracy and Mazumdar’s voice is becoming canned in solitude and isolation. Bangalore’s science spouts a nationalist jingoism, its people show a worrying affinity for the communal. The large majority remains silent, indifferent, even helpless. We need more exemplars who can challenge the helplessness today’s politics seems to create. An indifferent Bangalore would inaugurate a new tragedy of democracy.

The Bangalore story still carries a sense of the face-to-face, implicating you into the intimacy of ethics as the philosopher, Emmanuel Levinas, called it. But how does ethics work on a larger scale when calls for genocide become epidemic? I was reminded of a brilliant suggestion of a friend of mine, deeply involved in linking aesthetics and ethics. Number numbs or creates mechanically. The idiocy of number turned the Covid-19 epidemic into a hysterical Olympiad of death where the word, exponential, made death meaningless. Death cannot be summed up in a censor index. It freezes emotions. Death has to summon biography and memory. Take Syria. More than half the population has been erased in the last decade. Yet, there is a pall of indifference which numbers certify. Number often mobilizes citizens’ politics. One must demand the return of the storyteller.

The politics that number has immobilized is the politics of the refugee. Number empties the poignancy of loss and displacement. The refugee, instead of being a historical creature, becomes a faceless citizen. Europe, which once thrived in the creativity of refugees, now has no hesitation in ordering them to be shot by the coast guard. India, which once redefined refugee politics around Tibet, is indifferent to and hostile about the Rohingya. We have to recreate a politics of refugees around hospitality and discover new Dalai Lamas who added to its ethical power. Swami Vivekananda did it by creating a spiritual politics around food, famine, fasting, and festivals. The Ramakrishna Mission’s work on the Bengal famine is awesome, a tribute to caring that was neither awed nor made indifferent by number. Number has to float in a new poignancy of memory, a new ethics that does not fetishize percentages. Only then can Syria or Ukraine be redeemed for democracy and ethics. The abstractness of numbers objectifies; we need the poignancy of touch, the power of storytelling.

One sees this in the Armed Forces (Special Powers) Act. When you recite rape as a number, you enhance its brutality, not highlight its injustice. It adds little to sensitivity about suffering. It makes rape sound industrial and inevitable. The exorcism of number becomes a new part of inventive ethics.

Imagine the Ramakrishna Mission working in Syria or Ukraine, not as an extension of a foreign power but as a continuation of spirituality. Number, which adds to the distancing of the Other, poses a challenge to the ethics of suffering. The spiritual politics of the Other would transform India beyond the brutality of demography.

Meanwhile, what does an ordinary person do? At one level, one has to go beyond the Kitty Genovese case. Media studies had turned this eerie story into a standard trope. The story begins late at night in a tenement in New York. A man, about to assault a woman, stops as she screams. The lights in the flats come on. He then realizes people merely stood at windows and stabs Genovese over 30 times. Social scientists surveying people realized most of them did nothing because they felt they were watching television. One needs an ethics that goes beyond the spectatorship of indifference to create an inventive ethics. Schools can become trustees of dying cultures and languages. Imagine if each school were to be the representative of a dying species or of a language. One can revive the Red Cross of the artist, Nikolai Roerich, where one became responsible for rescuing cultural artefacts during war. One needs a politics of memory which challenges obsolescence and erasure. An imaginative ethics would help India stop being autistic with refugees, tribals, margins and minorities. For this, a spectatorship of indifference has to yield to storytelling and storytelling, in turn, lead to a sustained act of protest. The return of the ethical imagination can create a democracy with a difference. Contemporary India desperately needs such a vision based on an altruism that dreams beyond the politics of pragmatism.

(Shiv Visvanathan is a member of Compost Heap, a group pursuing alternative imaginations)