An undead killer and an online afterlife 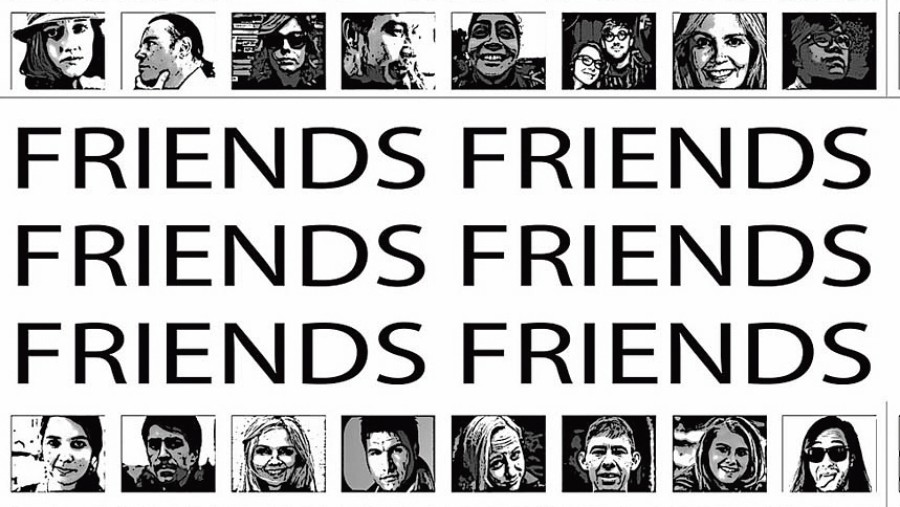 There will be no brick-and-mortar memorials for the victims of the novel coronavirus. Their lives will be commemorated online, on posthumous Facebook pages, stilled Twitter timelines, in the Google searches that dredge up their names and black-and-white class photos arranged in uniformed rows.
Source: Pixabay
Mukul Kesavan   |   Published 27.09.20, 12:30 AM

A school friend died of the novel coronavirus yesterday. Most of us have learnt to keep track of the personal toll that this epidemic has taken. Of the people I’ve known and been friends with, three have died; he was the third and the youngest. The two who died earlier were five and ten years older, but he had been a classmate in junior school and was almost exactly my age. We had lost touch when he changed schools fifty years ago and yet his death was more unsettling than the deaths of the other two whom I had known better and more recently. He and I belonged to the same ‘batch’; perhaps it’s human nature to think of your childhood cohort as forever young.

The intimations of mortality that age brings are banal because they are routinely experienced by everyone who lives long enough, but the shared threat that Covid-19 holds out for the old creates both a heightened awareness of your vintage and an ambivalent solidarity. When you mourn the dead, you note that you are among the living as you would in a normal year, but the relief at it not being you is more sharply felt. The sense that you’ve been spared is real, not the piety it might otherwise have been.

Death on a large scale, however it happens, induces both relief and guilt in those who survive but there is something peculiarly impersonal and random about being mown down by a pandemic. The human choices that lead to the mass cull of a world war or cause millions to starve to death during a famine help us comprehend these catastrophes as human tragedies. It is why they are remembered and revisited in books and films and arguments.

But posterity doesn’t remember pandemics or their dead. The tens of millions of people who died of influenza in 1918 might never have existed for all the space they got in public memory. More people died of the flu in that single year than in the whole of the Great War and yet not once did my friend or I or our classmates learn about it in school less than fifty years later.

Historians are vulgarians; death, without people to blame for it, either individually or collectively, doesn’t make for a good story. It’s hard to pin pandemics on human perpetrators; the charge doesn’t stick. No one who counts in the Western world likes China and Xi Jinping is increasingly seen as Mao in a neck-tie, and yet Trump’s bid to brand Covid-19 as the ‘Wuhan Virus’ has found no takers. There’s something about being culled by a pandemic that is beyond the scope of historical narratives that deal in cause-and-effect. It is so hard to storify that death on a scale that dwarfs most genocides, shrinks into a factoid shorn of historical resonance, like a meteor sliding into the sea without a ripple.

The problem with modern pandemics is that no one thinks of them as acts of god either. They are caused by evolving viruses that aren’t even alive. The people who die aren’t victims or martyrs or heroes: they’re just collateral damage caused by an undead speck looking for hosts. But Covid-19’s dead won’t disappear from the public imagination in the way that 1918’s flu casualties did. They will, thanks to the digital world, have their own memorials.

I remember walking around the military cemeteries on Egypt’s Libyan border, built to remember the Allied casualties of the desert war. Those receding, perfectly parallel rows of stone tablets were a token of the massive effort made by the Commonwealth War Graves Commission to honour the dead.

There will be no brick-and-mortar memorials for the victims of the novel coronavirus. Their lives will be commemorated online, on posthumous Facebook pages, stilled Twitter timelines, in the Google searches that dredge up their names and black-and-white class photos arranged in uniformed rows. Class 5E, 1967, with all of us arrayed around Mrs Furdoonji: that’s where I’ll find my friend; someone, somewhere is bound to have uploaded that picture.

One of the tragedies of the pre-digital world was that as we left our youth behind, we mislaid, irrevocably, most of the people that we once knew. Unless we were freakishly diligent letter-writers, we shed memories, names, friends and faces as we grew older, and not always because we wanted to. It was a kind of autobiographical impoverishment that we accepted as inevitable. But thanks to the internet and information-hoovering sites like Facebook that have designs on us, we now seed ourselves online. We are linked by listservs and Twitter feeds and WhatsApp groups; we are Friends with perfect strangers, we are Followers with Followers.

What this means is that in a haphazard way, we remain connected to people we haven’t spoken to in decades or even thought about. This was impossible even twenty years ago. I read of my friend’s death in a post by a friend of his who I didn’t know. It didn’t say why he had died. I visited his Facebook page and scrolled through his photographs, looking for the boy I could still conjure up in my mind. He was there; there was a wistful pleasure in mentally pruning this middle-aged stranger’s face back into the visage of my friend.

I called a classmate we had in common who I hadn’t spoken to in forty-five years. I didn’t have his phone number but we are connected on Facebook, so I clicked on a phone icon and he answered the call as if we had met in class the day before. He knew why I was calling before I could say; he had read the same post and he had the same question. Ten minutes later, he messaged to say that another classmate had confirmed that Covid had killed him. So, inside a couple of hours he had been spoken of and remembered by half a dozen people who had been a part of his childhood. He wasn’t a famous poet like Yeats, so he didn’t, in Auden’s fine phrase, become his admirers. He did, however, become his Friends.