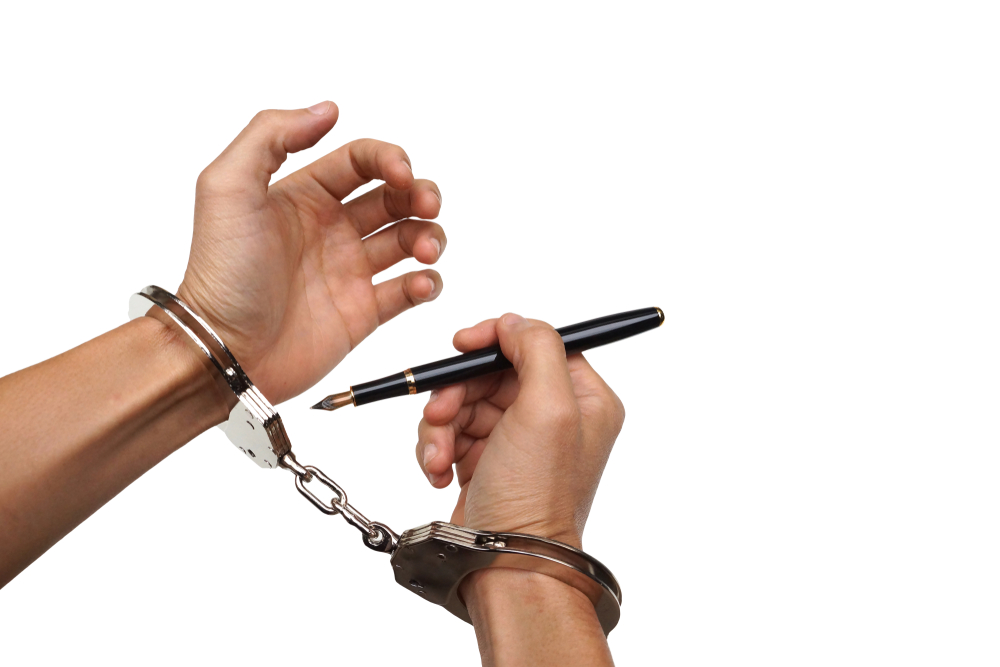 In the face of repression, some Pakistani journalists have taken to digital media by launching their own YouTube channels where they won’t be censored. Some others are taking to social media platforms to raise questions that we dare not ask on our mainstream media
(Shutterstock)
Mehmal Sarfraz   |   Published 10.09.19, 07:01 PM

A report on the state of global media freedom compiled by the British House of Commons’s Foreign Affairs Committee came out recently. The committee chair, Tom Tugendhat, said, “When journalists lose their rights, we all do. Democracy is not just about votes, it’s how we talk to each other, how we give opinions a voice. That’s why the media matters. It challenges the lie that there is such a thing as ‘the will of the people’. In every community and country, the people have many, different, opinions and a free press is essential to ensure they can be heard.” Mr Tugendhat’s words are critical and of great import for those of us who work in the media industry.

It is no secret that Pakistan’s media are going through one of the worst crises in decades. Censorship is at an all-time high. Those challenging the government’s narrative and that of the State are losing their space in our media. Pressure tactics are being used to silence dissent. From calling up media owners to threatening journalists, from columns being dropped from the op-ed pages to people being fired or banned from writing in mainstream media and/or appearing on TV shows, Pakistan’s media are grappling with a multitude of problems, including financial woes, that have led to hundreds of journalists losing their jobs.

In the face of such repression, some journalists have taken to digital media by launching their own YouTube channels where they won’t be censored. Some others are taking to social media platforms like Twitter to raise questions that we dare not ask on our mainstream media. Some journalists, analysts and columnists are still raising critical questions about the State’s policies despite the censorship. They may not be as blunt as they were before but they find a way to say things in a subtle yet emphatic manner.

Those who have taken to digital platforms and those who raise important issues on mainstream media face a lot of backlash and abuse. Troll armies on the social media are let loose to discredit these people. Under these difficult circumstances, it is not easy to be in the media these days. One has to be extremely careful while giving one’s opinion and maintaining our integrity.

In India, too, the story is not that different in many ways.

As an avid reader of Indian newspapers in English and a regular viewer of both Hindi and English television channels, I find it quite disturbing that only a few of these have presented the real picture of what is happening in Kashmir since August 5. International media organizations like the BBC, The New York Times and others have covered the issue extensively and brilliantly. But most members of the Indian media continue to push the Indian State’s narrative. The Telegraph, The Indian Express and The Hindu are some honourable exceptions. They have given a balanced and real coverage of Kashmir for their readers. Television channels, with a handful of exceptions, have mostly been disappointing. Some online publications are doing a fantastic job of covering an issue as sensitive as Kashmir.

When the media — the honourable exceptions aside — in the world’s largest democracy pretend that everything is ‘normal’ in a restive region, one wonders if they are doing their job of challenging misinformation or the narrative of the State.

The corporatization of the media may be one reason for this capitulation; another may be the fear of a backlash from the present-day government; there is also the anxiety of being labelled ‘anti-national’. Yet another reason may be the fear of losing one’s livelihood. Journalists have to work to earn a living.

Keeping aside the territorial dispute between India and Pakistan on Kashmir, the allegations of human rights violations should be highlighted so that the State is not allowed to get away with injustice. This is not just the job of human rights organizations but also journalists.

The aim of raising these questions about the Indian media’s conduct in this past one month is not to vilify my Indian counterparts or to hide what is going on in the Pakistani media. We, too, cannot report on the Pashtun Tahafuz Movement in the mainstream media unless it is negative reporting; Baloch persons gone missing is another contentious topic that gets minimum coverage. Yet some of us are raising our voices on social media platforms about these issues. We are being called ‘traitors’, ‘Indian agents’, ‘anti-national’ and much more for our efforts.

But should we remain silent? I don’t think it is an option for any of us, especially those with a conscience. It is as bad as aiding the perpetrators of injustice.

Yesterday, Ashura was marked in Pakistan. For those who don’t know the significance of Ashura, it is the 10th day of the Islamic month of Muharram. On this fateful day, Prophet Muhammad’s grandson, Imam Hussain, was martyred in Karbala 14 centuries ago.

While we commemorate this day every year, we often forget the real message of Ashura, which is that of a battle against oppression, injustice and tyranny. I hope that we learn from history and do not let go of the message of Ashura. We must continue to battle oppression and tyranny even if we are in small numbers. The majority cannot and should not hold us hostage. We should only be answerable to our conscience and stand up for our principles. It is a difficult job but someone has to do it. More power to those brave journalists who sacrifice so much so that the world can be a better place.

The author is a journalist based in Lahore
mehmal.s@gmail.com

BBC stands by coverage, vows to do its job

Speaking truth to the powerless