Advertisement
Home / India / BBC stands by coverage, vows to do its job

BBC stands by coverage, vows to do its job 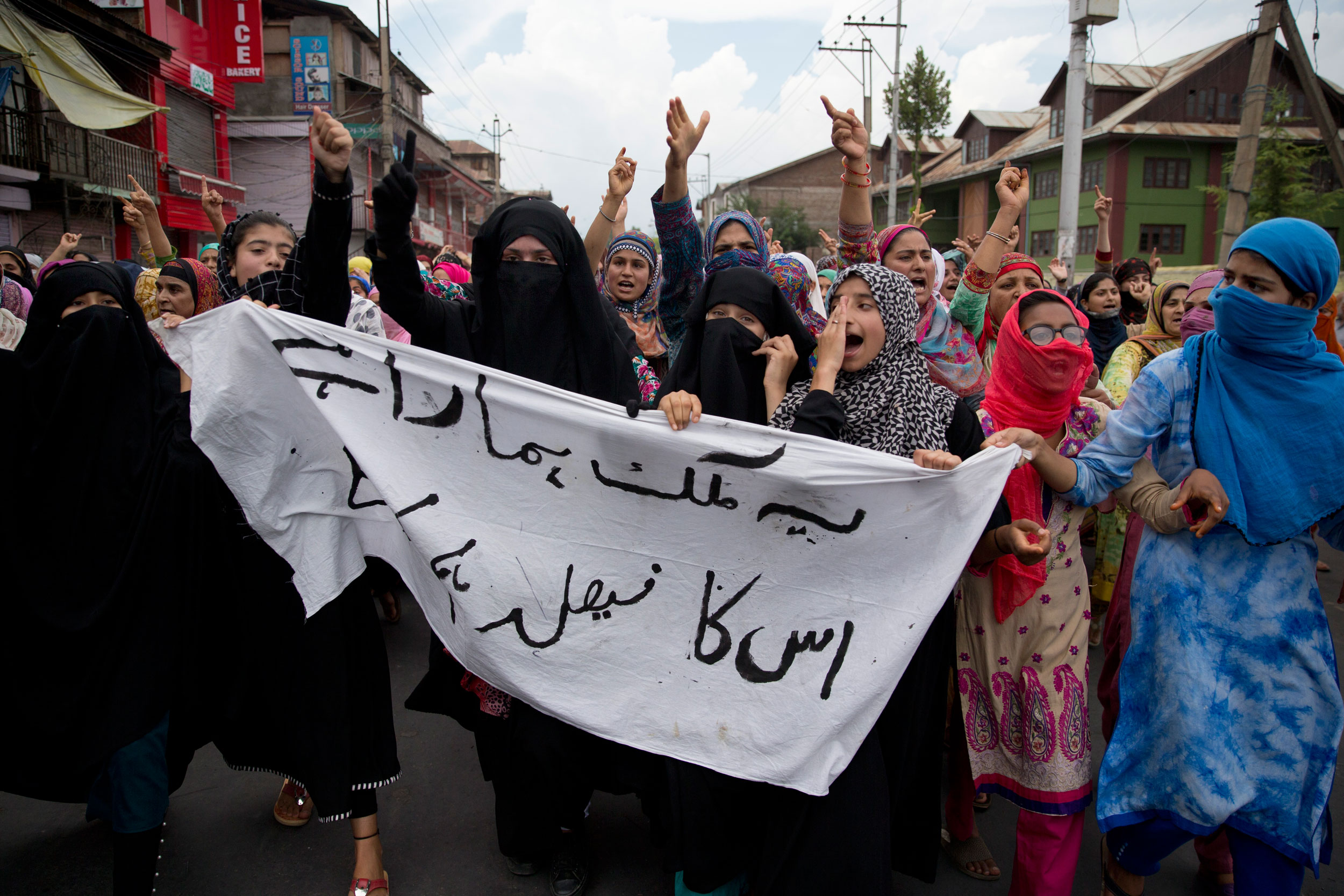 Kashmiri women participate in a protest march in Srinagar. The BBC on Sunday stood by its coverage of the protests in Kashmir, undaunted by the backlash in India, just as the British broadcaster had done in Pakistan where it was once maligned as the “Bharat Broadcasting Corporation”.
(AP)
Our Special Correspondent   |   New Delhi   |   Published 11.08.19, 09:38 PM

The “Bharat Broadcasting Corporation” has cleared its name in the subcontinent, thanks to calls for a ban on its operations in India and denials from official quarters.

The BBC on Sunday stood by its coverage of the protests in Kashmir, undaunted by the backlash in India, just as the British broadcaster had done in Pakistan where it was once maligned as the “Bharat Broadcasting Corporation”.

With more foreign media organisations coming out with reports that are at odds with the rosy picture being projected by some Indian television channels, the central government sought to directly reach out to various UN agencies with details of efforts being made by the authorities to restore normality.

The widely trusted British broadcaster said in a statement: “The BBC stands by its journalism and we strongly refute any claims that we have misrepresented events in Kashmir. We are covering the situation impartially and accurately.”

The BBC referred to the curbs now in place in Kashmir and vowed to discharge its journalism responsibilities.

“Like other broadcasters, we are currently operating under severe restrictions in Kashmir but we will continue to report what is happening.”

Since Saturday, the BBC has drawn flak from the Right-wing ecosystem over its Jammu and Kashmir coverage, particularly the widely circulated footage of protests in Soura, Srinagar, on Friday.

While the international media in general has been criticised for “biased coverage”, the BBC drew much of the criticism owing to the footage it had.

In going after the BBC, the Right wing in India was in effect replicating what its counterparts in Pakistan did earlier this year over the channel’s coverage of the Pashtun Tahafuz Movement (PTM), going to the extent of calling it the “Bharat Broadcasting Corporation”.

“Enjoying ‘Pak nationalists’ endorsement of the BBC following strong reporting of events in Indian Administered Kashmir.… what happened to all those allegations we are part of the ‘Indian lobby’ because of our reporting on PTM/press freedom in Pakistan?!” tweeted BBC’s Pakistan and Afghanistan correspondent Secunder Kirmani.

Pakistan’s director-general of Inter-Services Public Relations, Asif Ghafoor — who had re-tweeted BBC South Asia bureau chief Nicola Careem’s tweet that carried the footage along with his own comment — had in his official capacity gone after the channel for its coverage of human rights violations in Pakistan in June this year. He was not alone.

On Sunday evening, the Union home ministry put out a detailed statement on the efforts being made to restore normalcy in J&K.

While posting images of the statement on Twitter, the spokesperson for the ministry tagged various UN agencies dealing with human rights in an effort to address the growing concerns across world capitals over the clampdown and the continuing detention of political representatives.

Last week, Indian foreign ministry sources had indicated that managing the optics of Jammu and Kashmir for the international audience was a key concern with the government.

The statement details the arrangements made to ensure the supply of essentials, including sheep for Id, besides currency in ATMs, the hassle-free return of Haj pilgrims and arrangement of telephone facilities to help people work around the shutdown of all communication channels.