More and more people are adopting strays as pets

'Indie' dogs are best suited to India's climate, and are less susceptible to diseases than some exotic breeds 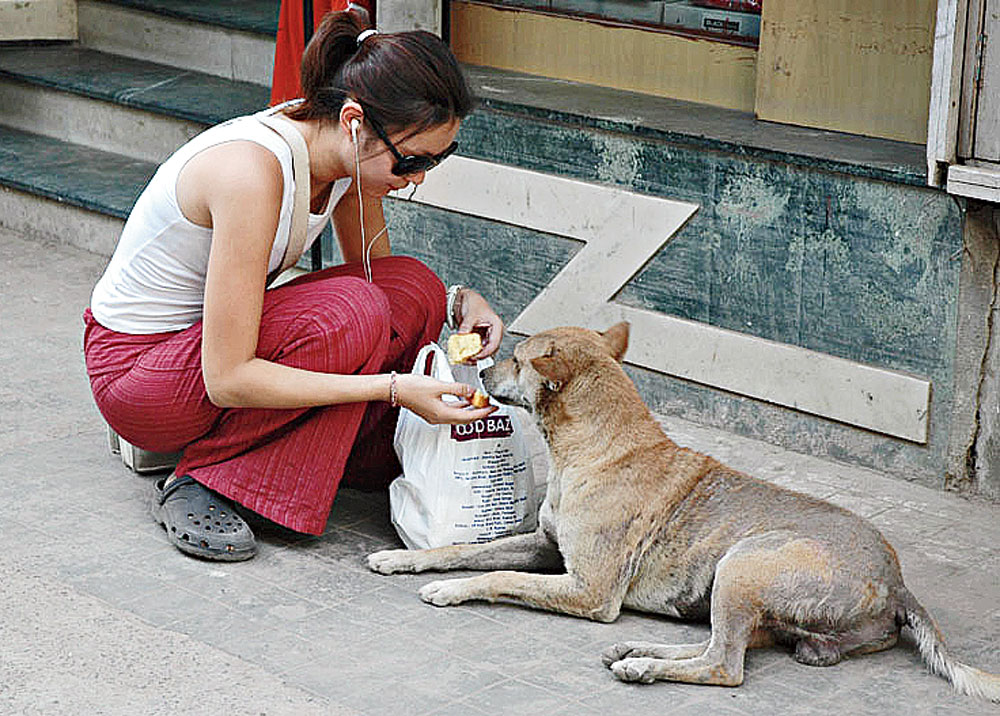 If we give stray 'indie' dogs a little love and a home, they will look just as beautiful as other dogs and make for great pets
Telegraph file picture
The Telegraph   |   Published 12.11.18, 11:37 AM

Sir — In a welcome change, many people in cities are adopting stray dogs as pets. The Indian pariah dogs, popularly known as ‘indies’, are an adorable breed. They are best suited to the climate here and are less susceptible to diseases compared to some exotic foreign breeds.

For many decades, however, the pariah dogs were considered inferior. Most indies live on the streets, as a result of which they may appear to be dirty. But if we give them a little love and a home, they will look just as beautiful as other dogs and make for great pets.

Sir — The editorial, “Code of unity” (Nov 8), is right in proclaiming that a mahagathbandhan can seriously challenge the Bharatiya Janata Party’s bid to return to power in next year’s general elections. The bypoll results in Karnataka have shown again that the BJP is on a sticky wicket every time the Opposition parties put up a united show.

Further, there is anger among the electorate against the Narendra Modi-led regime over a host of unfulfilled promises. The depreciation of the rupee and high oil prices have added to the woes of the Centre.

To defeat the BJP in the Lok Sabha polls, the Opposition parties should form a pre-poll alliance. They must also formulate a common minimum programme and choose a prime ministerial candidate to bolster their chances.

Sir — The BJP could only retain one seat in the bypolls in Karnataka. It lost all the other four seats where elections were held. The results are a major setback for the BJP. On the other hand, they are a shot in the arm for the Congress and the Janata Dal (Secular) alliance in the southern state. The two partners should now sink their differences and work in tandem. As for the BJP, it should introspect and take corrective measures.

Sir — The by-election results will give a boost to the Congress-JD(S) alliance in Karnataka. The Congress has reasons to be jubilant as it has defeated the BJP in the Bellary Lok Sabha seat after a long gap of 14 years. Although the BJP managed to retain the Shivamogga constituency, even there the saffron party’s margin of victory has come down substantially — from 3.63 lakh votes in 2014 to 52,148 now. The BJP would do well to heed the warning signs with only a few months left before the general elections.

Sir — The bypoll results in Karnataka prove that the ruling Congress-JD(S) alliance has got the backing of the people. In the five seats that went to the polls, the alliance came up trumps in four. The BJP has been punished by the middle classes and the small-business community for mismanaging the economy. The party must realize that empty rhetoric will not help it win elections anymore.

Sir — The Congress-JD(S) alliance defeated the BJP easily in four of the five seats. The scale of the BJP’s loss exhibits the mood of people. It is, therefore, the duty of all Opposition parties to come together and take on the BJP.

Unfortunately, some members of the BJP are now trying to polarize people along communal lines to tide over the crisis.

Sir — The BJP-led government at the Centre has been a big let-down. Therefore, the results of the by-elections in Karnataka did not come as a surprise to most people in the country. The ruling party has hardly honoured any promises that it made prior to the last general elections in 2014. On the contrary, it has executed policies that are detrimental to the interests of the common man. The BJP regime has lost the trust of the people owing to demonetization and the haphazard manner in which the goods and services tax was rolled out, among others. People are also upset that the party is trying to create a wedge between communities with an eye on garnering votes.

The BJP might still pull out new tricks, but there is little chance that it will continue to be in power after the next Lok Sabha polls.

Sir — The Indian cricket team deserves praise for beating the West Indies in the bilateral Twenty20 series. The Men in Blue won the first two games to take an unassailable lead in the three-match series. The stand-in captain, Rohit Sharma, played a gem of an innings in the second match to score his fourth international T20 century. He now has the most number of centuries in this format of the game. Sharma has also become the highest run-getter for India in T20s. His effortlessness, free-flowing strokes are a treat to watch.

Sir — India rode on Rohit Sharma’s scintillating 111-run unbeaten knock to post 195 runs on the board in the second T20 international game against the Caribbeans. Thereafter, Indian bowlers restricted the visitors to 124 runs. Their success added to the festive cheer.

There is anger among the electorate against the Narendra Modi-led regime over a host of unfulfilled promises. The depreciation of the rupee and high fuel prices have further angered people
PTI