Much to India’s irritation, thinking abroad still pairs the country with Pakistan 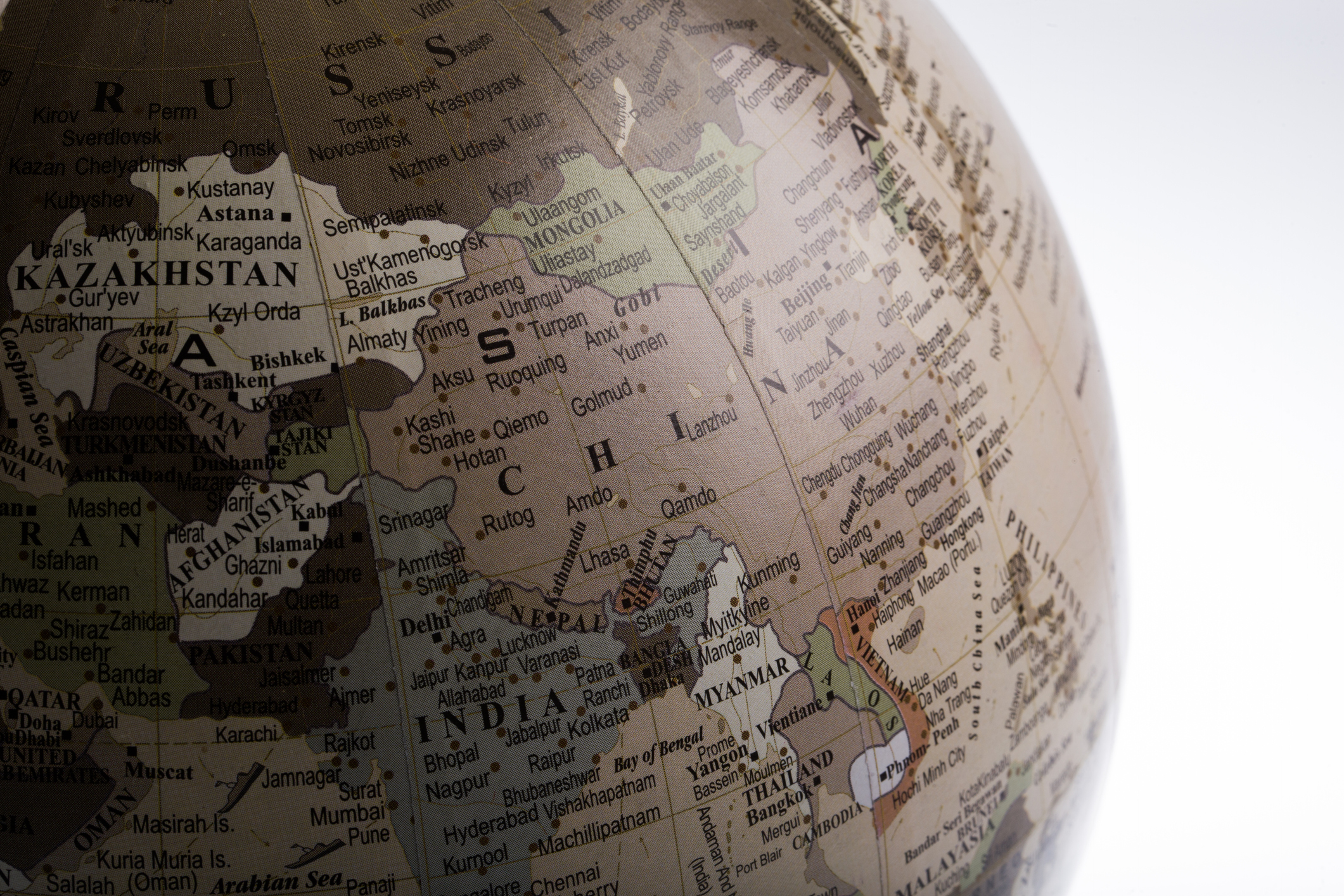 A veteran South Asian diplomat claimed after Pakistan’s 1998 nuclear explosions that a sense of relief had swept through the region. It wasn’t that these countries were anti-Indian, he hastened to add, but they felt more comfortable if all power wasn’t concentrated in a single centre. That inhibition also explains reticence on the Comprehensive Convention on International Terrorism that India first mooted in 1996 and for which Narendra Modi tried to drum up support during his recent lightning visits to the Maldives and Sri Lanka, while the new external affairs minister, Subrahmanyam Jaishankar, made a quick trip to Bhutan.

The burden of geography hampers Modi’s “Neighbourhood First” policy as that wise old owl, Sri Lanka’s J.R. Jayewardene, predicted when the South Asian Association for Regional Cooperation was launched. “India, the largest in every way, larger than all the rest of us combined,” he declared in Dhaka in 1985, “can by deeds and words create the confidence among us so necessary to make a beginning.” But no words or deeds will easily persuade anyone to agree to a blanket ban on activities that are terrorist to some and liberating to others. Modi’s astonishment at the distinction between “good” and “bad” terrorists ignores the pragmatism of Franklin D. Roosevelt’s famous “Somoza may be a son of a bitch, but he’s our son of a bitch”. India’s own recent siding with Israel against a Palestinian rights group that would once have been hailed as the voice of resurgent Arab nationalism but is now branded terrorist seems similarly rooted in realpolitik.

To start with, there was ample sympathy and support for Sri Lanka’s Tamils and their representative organizations, including the Liberation Tigers of Tamil Eelam. Many saw a trial run for air strikes to defend the LTTE when Indian AN-32s dropped food and medicines over northern Sri Lanka in what Ranasinghe Premadasa, the prime minister, denounced as a “naked violation” of his country’s “sovereignty and integrity”. But the wind changed. Rajiv Gandhi airlifted a battalion of troops a thousand miles across the Indian Ocean when the Maldives sought help against armed Jaffna Tamils who threatened to take over one of its islands. The souring of the relationship with the LTTE culminated in the trauma of India’s own infamous Vietnam in the Jaffna peninsula. The hostility it provoked eventually struck down the man who had promised to help the Tamils and then unleashed his soldiers on them.

A television anchor’s mention of India’s “strategic hegemony” in connection with Modi’s Sri Lankan and Maldivian visits may have been only a verbal lapse but the self-righteous jingoism the tribe usually indulges in cannot but influence public thinking here. It is supplemented by official briefings that an acquiescent media has got into the habit of passing off as its own independent handwork. As a result, the voice of India sounds every bit as patriotic as the Voice of America in the McCarthy years.

The renewed strength of Modi’s second coming makes it especially necessary to lay the ghost of regional fears. Indian moves during earlier crises in Sri Lanka and the Maldives prompted John Gunther Dean, the American ambassador who died last week, to warn that “the biggest kid on the block was beginning to feel his oats”. China’s emergence means the block now has more than one swaggering kid. But much to India’s irritation, thinking abroad still pairs it with Pakistan. Western organizers of international conferences may not any longer informally set aside half an hour for “the Indians and the Pakistanis to have a go at each other” before the start of any event. But the world hears in Indian rhetoric echoes of the “Carthago delenda est… Carthage must be destroyed” war-cry with which the Roman senator Cato the Censor ended every speech.

And so, despite one outrage after another culminating in the Pulwama massacre, the international community remains unenthusiastic about the CCIT’s demand that governments should deny funds and sanctuary to terror groups. Even Brics (Brazil, Russia, India, China and South Africa) hasn’t been outstandingly receptive to pleas by Modi and Sushma Swaraj. India is seen less as the innocent victim of one brutal attack after another — resulting in 707 dead and more than 3,200 injured between 2005 and 2016 — than as a party to one of the world’s most searing disputes. As in all such conflicts, both sides are regarded as both sinned against and sinning. While the future of Articles 370 and 35A are being debated, India’s public may be shocked to learn that the original sin of Kashmir still nags at many Western and all Islamic consciences. There is little scope for reconciliation.

The shift from Saarc to the Bay of Bengal Initiative for Multi-Sectoral Technical and Economic Cooperation strengthens the perception of India-Pakistan friction as the major factor in South Asian affairs. Modi’s declaration in Malé that “state sponsorship of terrorism is the biggest threat” unmistakably referred to Pakistan. Happily, this doesn’t seem to have led to an overall boycott of all forms of India-Pakistan interaction, for as Atal Bihari Vajpayee famously put it, “We can’t change geography but we can change history.” But we cannot begin to do that if we insist that terrorism is a deadly new ideology holding civilization to ransom that can be exorcised by global fiat. It is neither new nor an ideology. It’s the means to an end, not the end. It is the unlawful use of violence and intimidation, especially against civilians, in the pursuit of political aims, with the victor deciding in each case what is lawful or unlawful.

It has found champions in every age from Wordsworth’s ecstatic “Bliss was it in that dawn to be alive, / But to be young was very heaven!” about Robespierre’s Jacobin regime which was dubbed “The Terror” to hardy and unapologetic fighters for the Islamic State of Iraq and the Levant. British patronage ensured that T.E. Lawrence and his Arab protégés were eulogized as heroes for institutionalizing guerrilla warfare and hit-and-run attacks as a weapon against the Ottoman Turks in the war to end all wars. The children of those Arabs are hunted down now in Gaza, Palestine, Afghanistan, Iraq and Syria for similar violence against their new enemies, the United States of America and the Zionism the US has protected and appeased ever since the 1948 Deir Yassin massacre when Jewish terrorists obliterated a Palestinian village of unarmed civilians in an early demonstration of the Israeli State terrorism to come.

Terrorism is not the prerogative of any one race or religion even if it seems to have become almost synonymous with Islam. The Revolutionary Armed Forces of Colombia is Marxist and anti-imperialist. Some groups like Boko Haram and Al Shabab sound like rebels without a cause. The Catholic Irish Republican Army and its provisional wing were called the world’s longest-running insurgency group. Sri Lanka’s Janatha Vimukthi Peramuna showed that Buddhist terrorists are equally vicious. Buddhist Myanmar’s treatment of its Rohingya minority is probably the contemporary world’s most outrageous instance of State terrorism. Lashkar-e-Toiba, “army of the righteous”, claims as its raison d’être India’s withdrawal from Kashmir and the state’s integration with Islamic Pakistan. Hindu terrorism, from the 18th century Sannyasi Rebellion to the Malegaon bombing, inspires both proud boasting and fierce denial, depending on the need of the moment.

To many of these outfits can be applied the old adage that one man’s terrorist is another man’s freedom fighter. Many eminently respectable regimes of wealth and influence find it convenient surreptitiously to support terrorist organizations. Each instance has to be individually judged. A blanket ban will neither be acceptable nor enforceable if accepted.