During his day-long visit, he will hold talks with the country's president, prime minister, and leader of the opposition 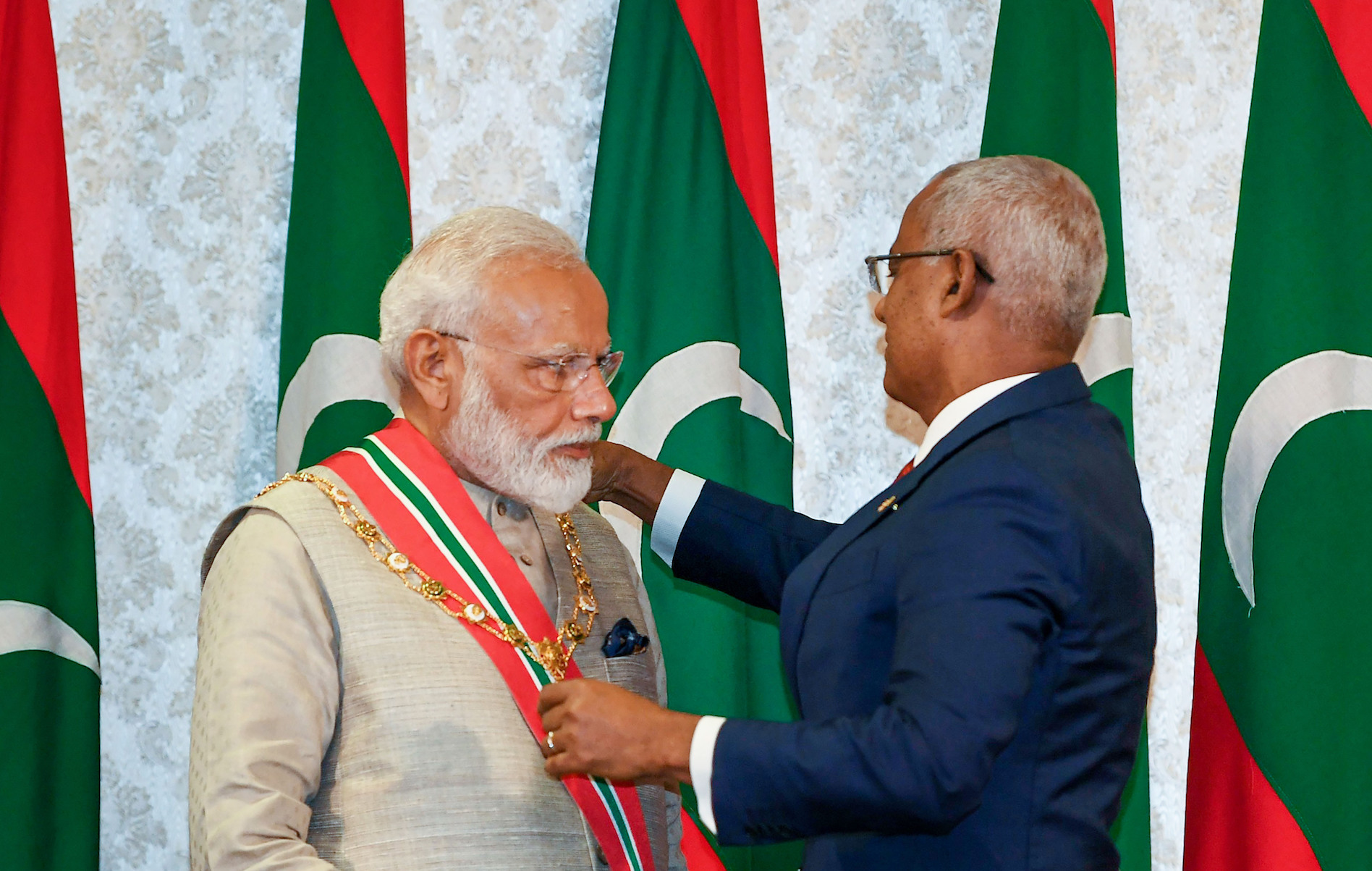 Prime minister Narendra Modi arrived in Colombo on Sunday after a visit to the Maldives. He received the Maldives' highest honour, the Order of the Distinguished Rule of Nishan Izzuddeen, from Maldives' President Ibrahim Mohamed Solih in Male on Saturday, June 8, 2019.
(PTI)
PTI   |   Colombo   |   Published 09.06.19, 06:55 AM

Prime Minister Narendra Modi arrived in Sri Lanka Sunday on the second leg of his first foreign visit after re-election last month to strengthen the bilateral ties with the island nation, reflecting the importance India attaches to its 'Neighbourhood First' policy.

Modi was received by his Lankan counterpart Ranil Wickremesinghe at the Bandaranaike International Airport here.

His visit is considered as a sign of India's affirmation of solidarity with Sri Lanka in the wake of the deadly Easter terror attacks in April. Over 250 people were killed in the attack claimed by the Islamic State.

Modi arrived in Colombo from Maldives where he held wide-ranging talks with Maldivian President Ibrahim Mohamed Solih on Saturday.

'Dear citizens of the Republic of Maldives, I am humbled by the affection I have received in you wonderful nation. Thank you for being great hosts. I also thank the Government for the hospitality. This visit will lead to stupendous outcomes, adding vigour to bilateral ties,' Modi tweeted.

During Modi's visit, the two countries signed six agreements to strengthen bilateral cooperation in key areas like defence and maritime security. A coastal surveillance radar system and a composite training centre for the Maldives defence forces were jointly inaugurated by Modi and Solih.

Prime Minister Modi was also conferred with the Maldives' highest honour 'Rule of Nishan Izzuddeen' during his visit.

He also addressed the Maldivian Parliament, the Majlis, an indication of India's important position in the neighbourhood.

Giving a push to enhance connectivity, India and Maldives also agreed to start a ferry service from Kochi in Kerala to the Maldives.

His visit to Maldives and Sri Lanka demonstrates the priority that India attaches to the SAGAR (Security and Growth for All in the Region) doctrine, the sources said.