Advertisement
Home / Opinion / Letters to the Editor: The government must rethink the idea of retirement

Letters to the Editor: The government must rethink the idea of retirement 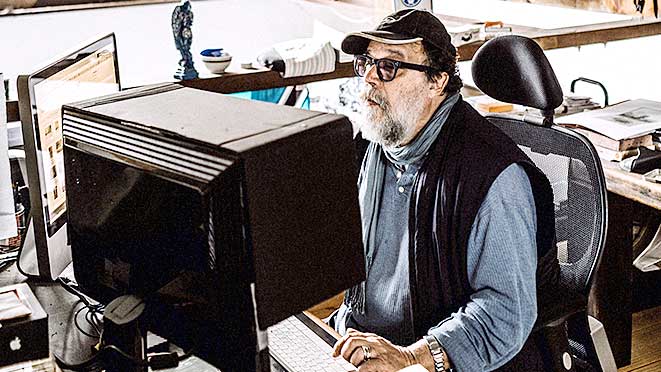 Sir — Even though life expectancy has increased manifold, the average age of retirement for white collar workers remains stagnant. Fewer people draw a pension and rising prices have made it difficult for older people to meet daily expenses. In a laudable move, a Japanese retailer recently removed an already-high employment cut-off of 80 years to engage people over that age. Earlier this year, Japan raised the retirement age to 70. This way, not only will the elderly remain gainfully employed but will also be active for longer. Certain companies in India retire their employees at 58, compelling many to find alternative sources of income. The government must make a note of the crisis and devise ways of mitigating the problem.

Sir — The political resolution adopted at the first national executive meeting of the Bharatiya Janata Party in two years, unsurprisingly,  praised the prime minister, Narendra Modi, and accused the Opposition of “opportunism” (“Spin masters”, Nov 9). The party was, noticeably, silent on several burning issues like the contentious farm laws, the Citizenship (Amendment) Act and the military stand-off with China.

The defeat in the assembly polls in Bengal as well as in the recent bypolls indicates that the political fortunes of the BJP may be waning. The presence of the chief minister of Uttar Pradesh, Yogi Adityanath, and the 18-point resolution moved at the meeting are indications of the primacy of the upcoming polls in the state. The result of the Uttar Pradesh polls will be crucial in determining the party’s future.

Sir — The BJP must be nervous after its recent drubbings in the bypolls and the assembly elections in Bengal. And yet, reports indicate that the bulk of discussion during the national executive meeting revolved around venerating the prime minister. It seems that the saffron party has learnt nothing from its losses. The common people are struggling with unemployment as well as rising prices during a pandemic. The anger of the people is bound to reflect in the upcoming polls. The BJP must acknowledge the severity of the situation before it is too late.

Sir — The national executive meeting of the BJP was simply an exercise in self-adulation. Rather than reflecting on its follies, the party was busy attacking its detractors. The BJP must mend its ways if it hopes to win the upcoming assembly polls.

Sir — A recent report by the Pentagon to the United States Congress revealed that China has built a large village in a disputed area in Arunachal Pradesh and has been taking incremental action to press its claims on the Line of Actual Control. Is anyone surprised by this finding? We have all known that China is slowly encroaching upon Indian territory but the prime minister has repeatedly denied it.

The Bharatiya Janata Party member of parliament, Tapir Gao, has asserted several times that China is constructing houses in Arunachal Pradesh. It is astounding how the Central government can afford to ignore such grave warnings. The BJP must rectify its ways.

Sir — The Pentagon report on China’s encroachment of Indian borders has only confirmed what we already knew — the Chinese army is right at our doorstep. The BJP must understand that there is nothing to gain in denying harsh reality. We must take stock of the situation as it currently stands and devise ways of tackling the threat. We simply cannot afford to ignore this at the cost of our territorial integrity.

Sir — The recent flooding in Chennai and many other parts of Tamil Nadu has brought life to a standstill. This is reminiscent of the 2015 deluge — Chennai experienced the heaviest 24-hour rainfall since 2015 — and the India Meteorological Department has issued a red alert for coastal districts on November 10 and 11. Reportedly, four people have lost their lives, so far, in the rain.

It is reassuring that the chief minister, M.K. Stalin, has been leading the rescue operations and relief efforts from the front. The state government has responded well by carrying out emergency evacuation from low-lying areas and by opening up relief centres to accommodate the evacuees. But flooding has become a recurrent problem in Tamil Nadu. The state government must do all it can to improve flood defences to minimize the impact of natural disasters.

Sir — Heavy rains in Chennai in November constitute a warning from nature to humankind to mend our ways. We all know how we must restructure our everyday lives to minimize pressures on the environment and yet we are dragging our feet. Unless we rectify our ways immediately, it will be too late to save the planet.

Sir — It is a shame that the 151st birth anniversary of Deshbandhu Chittaranjan Das went almost unnoticed. The occasion was marked by his great grandson, Jaidip Mukerjea, at the Jaidip Mukerjea Tennis Academy in Salt Lake (“CR Das birthday celebrated by kin”, Nov 6). We have forgotten many such eminent personalities integral to India’s freedom struggle. The contributions of Chittaranjan Das are unparalleled and must not be forgotten.