Advertisement
Home / Opinion / Letters to the Editor: The charm of 'BookTok'

Letters to the Editor: The charm of 'BookTok' 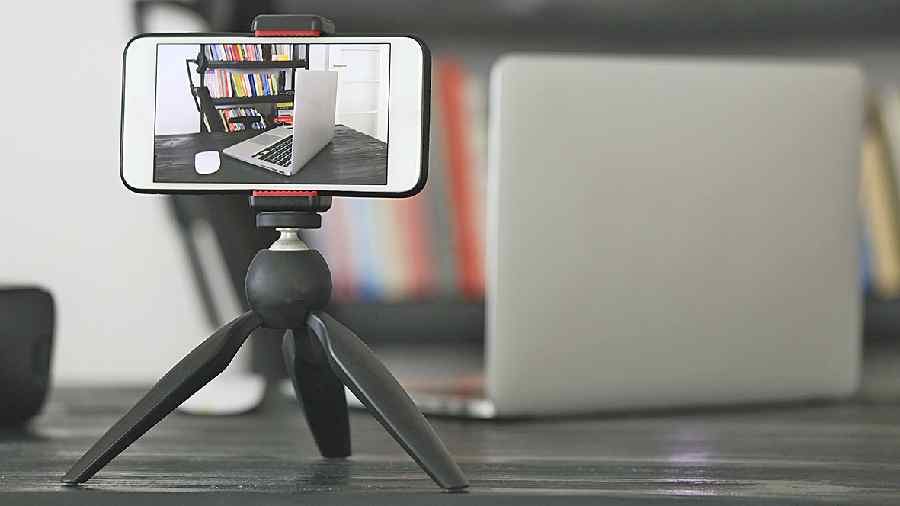 Be it physical books or ebooks, people found comfort in the written word during periods of forced isolation
Representational picture
The Editorial Board   |   Published 26.05.22, 02:34 AM

Sir — Like everything else in our lives, the pandemic also changed the way we read. Be it physical books or ebooks, people found comfort in the written word during periods of forced isolation. BookTok, an ever-trending hashtag on the social media platform, TikTok, became immensely popular. A sanctuary for book lovers, BookTok lets people, especially teenagers, upload short videos where they review books. The five-second reviews are accompanied by soundtracks, catchy captions, and hashtags to make them appealing to viewers. The app has not only introduced classics to new readers but also helped new authors find an audience. But the brief videos can hardly capture the pleasure of reading a long-form review.

Sir — The Supreme Court has struck down the integrated goods and services tax on ocean freight for imports. This will bring much-needed relief to importers. The highest court also observed that the decisions taken by the GST Council are not binding on the Centre and on the states (“Limit on GST council role”, May 20). This will provide greater flexibility to the states when it comes to legislating on the GST structure. However, since the court has said that both the Centre and the states have simultaneous powers to legislate on GST, it might lead to the creation of arbitrary laws. The Centre and the states must iron out their differences and work together on tax reforms.

Sir — The apex court’s ruling restricting the powers of the GST Council must be lauded. The GST regime goes against the country’s federal spirit. The Centre has taken advantage of unified tax laws, depriving the states of funds. The judgment will, thus, protect the interests of the states. Dattaprasad Shirodkar, Mumbai

Sir — It is unfortunate that two students from South Point High School lost their lives when their rowing boat capsized in Rabindra Sarobar during a recent Nor’wester (“School rowers drown as squall overturns boat”, May 22). The storm, which clocked 90 kilometres per hour, occurred when the group of four was practising for an upcoming school regatta. The cox, who does not row but steers the boat, survived and recounted the horrific incident. One of the rowers was struggling after the boat overturned and the cox helped him swim to the shore. While all the occupants of the other boats that were also on the lake managed to reach the shore, two students, Souradeep Chatterjee and Pushan Sadhukhan, went missing; their bodies were later fished out. A probe should be ordered in order to prevent further mishaps.

Sir — The tragedy at Rabindra Sarobar raises several questions: why were weather forecasts not followed by the rowing officials and why were conventional life-saving mechanisms not honoured by the rowing club? The usage of speedboats could have facilitated faster rescue, but this has been stopped by a National Green Tribunal order citing environmental pollution. The issue needs to be re-examined in view of the incident.

Sir — The article, “Learning from the past” (May 22), by Gopalkrishna Gandhi, which analyses the path ahead for the political strategist, Prashant Kishor, was illuminating and instructive. Kishor has announced a padayatra from Champaran this October 2 for the uplift of Bihar. This signals a possible plunge into active politics. Interestingly, Champaran has been the epicentre of many mass movements, the most famous one being M.K. Gandhi’s satyagraha for indigo farmers. Jayaprakash Narayan, too, launched his satyagraha from there. Kishor, who hails from Bihar, appears keen on taking advantage of Champaran’s historical significance. However, Kishor is not an active politician yet and his outreach might not garner support. The last time a non-political movement gained momentum was under the leadership of Anna Hazare. But it fizzled out without achieving its purpose. One hopes that Kishor is successful in his aim.

Sir — International Day for Biological Diversity, observed on May 22, aims to raise awareness about the environment and the effects that human activities have on it. Development projects, illegal mining and misuse of forest land have all contributed to the disappearance of several species. The theme for this year was ‘build a shared future for all life’. India is a biodiversity hotspot. Efforts must be made to conserve its ecological reserves. For instance, India should discontinue mapping ‘wastelands’ — an unscientific method to grab land that can be actually be rejuvenated. This archaic method must be given up in favour of conversation efforts.

Sir — There is little point in having days to commemorate biodiversity if governments do not take steps to protect it in real life.

Sir — The mountaineer, Piyali Basak, should be congratulated for becoming the first Indian woman to climb Mount Everest without supplemental oxygen. This came less than seven months after she made history by scaling the dangerous Dhaulagiri last year. Barely two days after conquering Everest, Basak scaled Mount Lhotse, the fourth-highest peak in the world (“Piyali scales Lhotse, too”, May 25). Her conquests are remarkable. Like many other mountaineers, Basak had faced financial troubles. There must be policies that cater to the needs of the mountaineers.