Advertisement
Home / Opinion / Letters to the Editor: Not all is lost at airports

Letters to the Editor: Not all is lost at airports 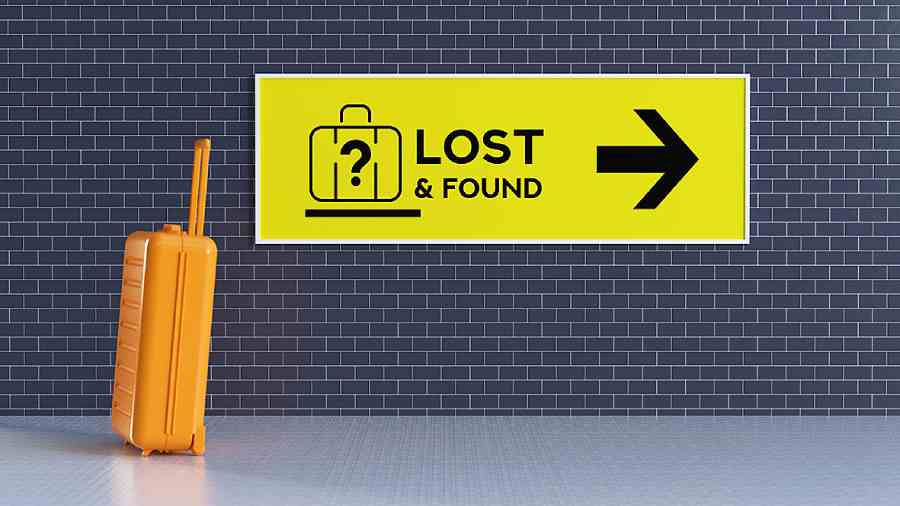 The Danish traveller posted on LinkedIn about the airport staff promptly responding to his emails.
Representational picture
The Editorial Board   |   Published 01.12.22, 04:40 AM

Lost and found  Sir — Luggage check-in and retrieval at airports can often be harrowing experiences. One hears endless stories about broken handles, lost items and pieces of baggage landing up at different airports. It was thus heartwarming to read about the story of a flier who was fortunate enough to get back his priceless wristwatch, not by sheer luck, but due to the diligent efforts of the staff at Bengaluru’s Kempegowda International Airport. The Danish traveller posted on LinkedIn about the airport staff promptly  responding  to his emails. However, one wonders whether a kind word and timely enquiry are enough to retrieve lost possessions from airport check-out facilities, or if it was just a matter of the Dane writing to the right person at the right time.

Sir — The hue and cry about the comments of Nadav Lapid, an Israeli film-maker and a panelist of the International Film Festival of India, regarding The Kashmir Files is bewildering (“Kashmir Files vulgar: IFFI jury”, Nov 29). Nothing Lapid said was untrue. The movie is a propaganda piece and not worthy of being screened at a prestigious event like the IFFI. India has witnessed many episodes of religious violence — the 2002 Gujarat riots come easily to mind. Why is it that a film on the Pandit exodus is being aggressively promoted by the ruling dispensation, which provided more than tacit support even when the film was released?

Sir — Nadav Lapid has defended his remarks about The Kashmir Files and insisted “someone needs to speak up”. He is absolutely right. The remarks triggered a furious reaction from Israeli diplomats, including the ambassador, Naor Gilon, who said Lapid should be ashamed and accused him of abusing Indian hospitality. Yet, Lapid was invited to be a part of the jury precisely to state his unbiased opinion. Neither he nor Israel cannot be chastised for it.

Sir — The Israeli film-maker, Nadav Lapid, is not known for mincing his words, including in his own country. Moreover, unlike Indian celebrities, he chooses not to hide behind an ‘apolitical’ stance. Those who run the IFFI should know that without the jury having the freedom to speak its mind, the annual celebration of India’s formidable soft power will be just another polite, obsequious film award. The Lapid controversy must not become a justification for the IFFI to pack the jury with like-minded people.

Sir — The murder of a social activist in Aligarh, reportedly for using the Right to Information Act to enquire about the quality of public work being carried out in his area, shines a light, once again, on the threat faced by such public-spirited individuals across the country. Although all political parties consistently portray themselves as striving to eradicate corruption, this is rarely the case in reality. Every government should provide whistleblowers with adequate protection and thank them for being vigilant.

Sir — It is shocking that the governor of Tamil Nadu, R.N. Ravi, has refused to sign the bill banning online gambling applications, even after it was passed in the state assembly. Apparently, the state government had responded to the governor’s queries in detail. It was thus expected that the governor would quickly give his assent. With the Central government likely to increase the goods and services tax on online gaming to 28%, online betting companies will mushroom to capture an emerging market. The government of Tamil Nadu is rightly trying to take the bull by the horns in order to tackle online gambling.

Sir — Pets are not playthings that can be abandoned at will. A study conducted by the international pet food manufacturer, Mars Petcare, shows that India has one of the highest rates of relinquishment of pets in the world — almost 80 million pets in India are homeless. India also scored a measly 2.4 on a 10-point index reflecting various factors that influence pet homelessness. The low ratings underline the need for a coordinated effort to address the challenges of pet homelessness in a country where 82% of the canine population is considered to be stray.

Sir — Although not much is known about the foreign policy views of Asim Munir, the new army chief of Pakistan, he is considered to be close to the outgoing chief, Qamar Javed Bajwa (“New sheriff”, Nov 28). Munir’s immediate challenge will be to restore public trust in the army at a time when the former prime minister and leader of the Pakistan Tehreek-e-Insaaf, Imran Khan, is threatening to upset the status quo by taking on the military establishment by levelling accusations against it.

Needless fear  Sir — It is unfortunate to see political groups with vested interests like the Maharashtra Ekikaran Samiti trying to create conflict between the Marathi and Kannadiga communities in Belagavi. The Marathi speaking population of Belagavi is safe and its members enjoy every benefit provided to other citizens by the Karnataka government. The Maharashtra government should not lend legitimacy to the demands of such separatists.

Sir — It is unfortunate to see political groups with vested interests like the Maharashtra Ekikaran Samiti trying to create conflict between the Marathi and Kannadiga communities in Belagavi. The Marathispeaking population of Belagavi is safe and its members enjoy every benefit provided to other citizens by the Karnataka government. The Maharashtra government should not lend legitimacy to the demands of such separatists.