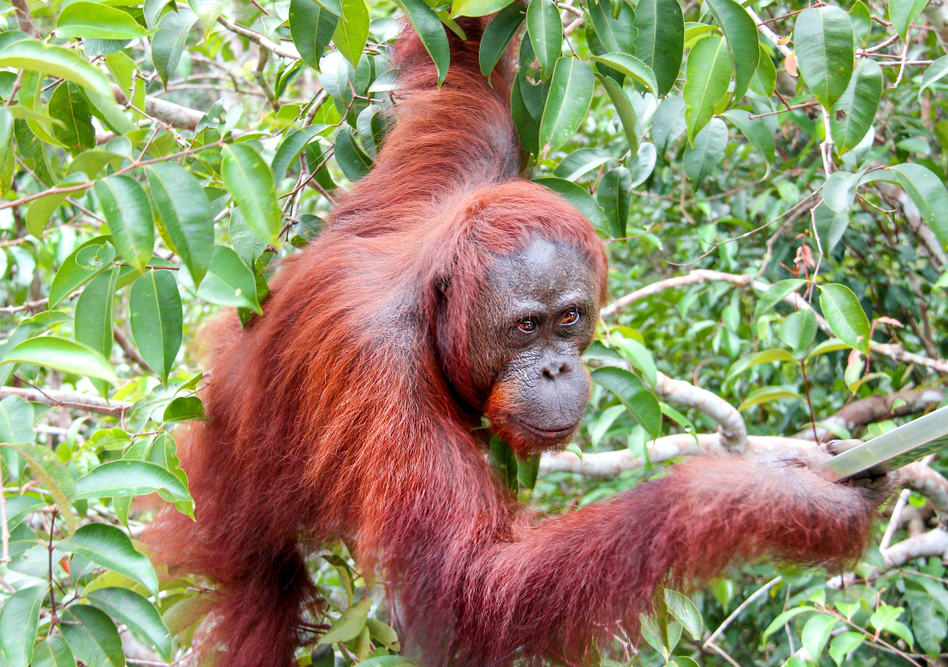 India will buy most of its palm oil from Indonesia. This does not bode well for the endangered animals that inhabit the rainforests of the Southeast Asian nations.
(Shutterstock)
The Telegraph   |     |   Published 29.02.20, 10:03 PM

Sir — India has stopped importing palm oil — the country is the top buyer of the product globally — from Malaysia. It will buy most of its palm oil from Indonesia. This does not bode well for the endangered animals that inhabit the rainforests of the Southeast Asian nations, including Sumatran tigers, pygmy elephants, rhinoceros and orangutans. Indian scientists could work on developing a more sustainable alternative to palm oil to meet our food, fuel and cosmetic needs. Such an alternative would not only help save the exchequer money, but could also become a lucrative source of income.

Sir — The team that was hoping to dominate world cricket has been forced to come face to face with a reality check. Team India’s abject surrender to the New Zealand bowlers in the first match of the Test series has revealed the technical flaws of Indian batsmen in the face of quality pace attack in a testing condition. The seaming and swinging deliveries by Trent Boult and Tim Southee caused a lot of problems for the so-called mighty Indian batting line-up. The batsmen looked uncomfortable facing the ferocious spells of the Kiwi duo.

Away matches have always proved to be difficult for the Men in Blue, but there were a lot of expectations from the present Indian side which combines youth and experience perfectly. Unfortunately, the players could not pass this tough test. The 5-0 whitewash by Team India in the Twenty20 series now seems nothing more than a fluke. Jasprit Bumrah’s form is also cause for concern. Batsmen like Cheteshwar Pujara and Ajinkya Rahane seem too defensive at times; this becomes a decisive factor in the result of the game. India have already lost the one-day international series after their superb performances in the T20s. It is thus vital for them to play to the best of their abilities in the next Test match if they are to have any hope of salvaging their pride.

Sir — New Zealand’s victory against India in the first Test by 10 wickets was fantastic. But it was a pity that the Indian batsmen showed lack of consistency. The assertive bowling by Ishant Sharma went in vain because the team failed to take advantage of it. One hopes that India will fare better in the second Test. The Indian captain, Virat Kohli, has rightly said that the next match will be a do or die one. If India can turn things around it will be spectacular. India’s performance in New Zealand began with a bang but fizzled out over time.

Sir — Team India’s dismal show after losing the ODIs against New Zealand continued unabated in the first Test match. Losing by 10 wickets with a day to spare does not speak well of a team ranked No. 1 in Test cricket. What is most distressing is that the team failed to cross the 200-run mark in both innings primarily owing to poor performances from the front-line batsmen like Virat Kohli, Cheteshwar Pujara and Hanuma Vihari. Only two batsmen, Mayank Agarwal and Ajinkya Rahane could put up some resistance. Even promising youngsters like Prithvi Shaw and Rishabh Pant failed to live up to expectations. Bowlers, especially Jasprit Bumrah, failed to utilize the pitch, which their counterparts from the opposing team exploited to the hilt. But the series is not over and the team management should consider changes both in batting and bowling line-ups to bounce back.

Sir — Although the Indian men’s cricket captain, Virat Kohli, has no qualms about admitting that his team was outplayed in all departments, his comment, “Can’t help if people make big deal out of one loss”, was uncalled for. Whether cricketers score a ton or a duck, go wicket-less or drop catches, they continue to get their pay packets. They clearly do not understand national pride. Neither the coach nor the captain ever admits his failure. Moreover, as long as the selection of players is biased, we will have to face such humiliating defeats.