Let there be justice

The widespread support to encounter killings is a wake-up call 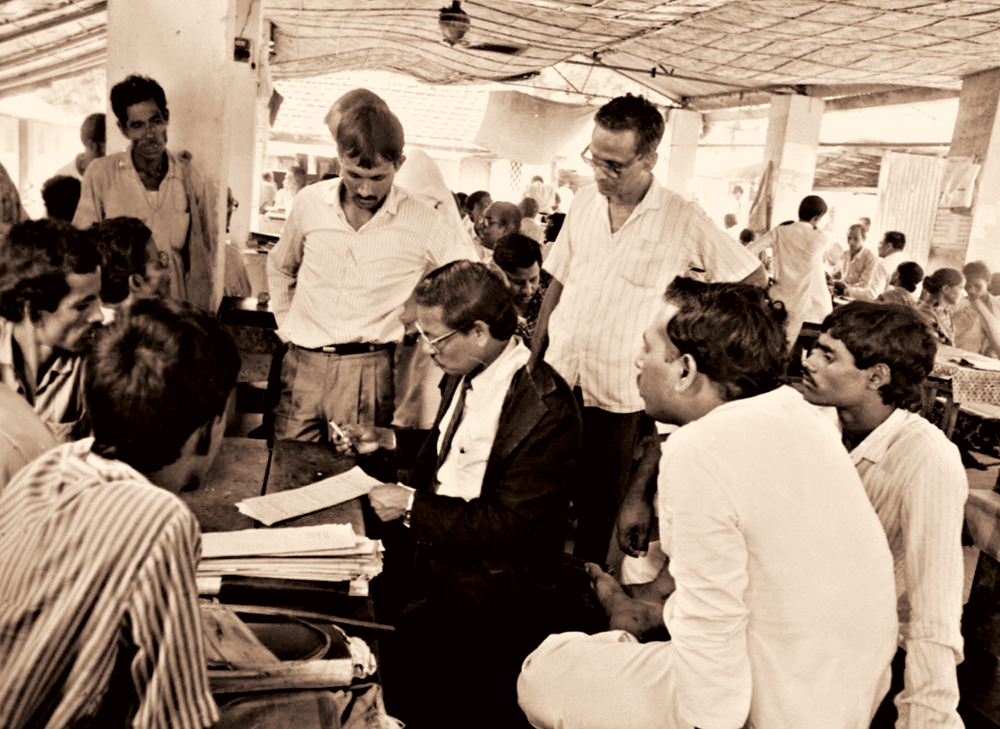 The encounter killings of Shiva, Areef, Naveen and Chennakeshavulu in Hyderabad has united India in one respect. No one genuinely believes that this was an accidental encounter. The statements by the Hyderabad police — a crime reconstruction in the dead of the night, the attempt by the accused to snatch weapons, fatally accurate shots being fired by the police ostensibly in self-defence — are so far-fetched that every right-thinking person believes that the encounter was staged to deliver instant justice to suspected rapist-murderers. Such encounters are neither new nor inexplicable —one can imagine the temptation of police personnel to get done with things rather than subject themselves to a long and arduous judicial process. Playing god might be an added temptation. It is no surprise that encounter killings have been commonplace for decades.

What was more surprising was the conspicuous, wide-ranging support for the actions of the Hyderabad police. Rishi Kapoor congratulated them, Saina Nehwal saluted them and Jaya Bachchan had earlier demanded an even more extreme measure for such rapists — public lynching. Various uncles, aunts and friends on WhatsApp groups asserted that justice had indeed been done.

It might be easy to demonize such responses as venal. But there are two larger sentiments at play here. First, traditional forms of justice delivery in India have been tiered, starting with the family, escalating to the community and, then, finally to the State. Justice in the family and community was quick, without recourse to formal rules and unburdened by procedure. Support for instant killing appears to be a case of a native return-to-type. Except this time, a State-sponsored justice system is expected to apply the rules of the family and community. The demand for public lynching is an extreme expression arising from this same base sentiment. It is testament to how little the rule of law has entrenched itself in everyday life in India.

But there is another, more fundamental, sentiment which perhaps explains the former— our criminal justice system is so dysfunctional that it is simply not trusted by citizens. Officer vacancies in the constabulary, as per the India Justice Report 2019, range from 8.2 per cent in Maharashtra (the best-performing) to 62.6 per cent in Uttar Pradesh (the worst-performing). At the same time, 47,557 police officers protect 14,842 VIPs; more than three police officers for one VIP. This confirms the impression of the police being an institution to serve the powerful rather than protect the powerless. Dealings with police officers, from being asked for a bribe to register a first information report to constabulary entering a university library without permission, only confirm this impression.

In our courts, despite the promise of fast-track proceedings and day-to-day trials, procedures are notoriously long. A Delhi High Court-mandated study on rape trials in Delhi shows that it takes more than a year on average to complete a deposition of the victim alone. The two-month deadline for completing the entire trial is regularly breached. Take, again, the Nirbhaya case — the incident occurred in December 2012, the trial court’s judgment came in September 2013, the high court appeal was dismissed in March 2014 and the Supreme Court finally upheld the death penalty in May 2017. The accused are, however, yet to be hanged. If this is evidence of a day-to-day trial in a fast-track court in the most landmark criminal case in the country, one shudders to imagine the time taken for a regular case when nobody is watching.

This is intrinsically linked to the widespread societal mistrust of the legal fraternity. As a member of the fraternity myself, it is shameful to witness the actions of my brethren. Take, for example, the Jammu bar. The bar was on strike for 43 days from November 1 because the antiquated power of the courts to register documents was taken away pursuant to the nullification of Article 370. Any reader in the rest of the country knows that e-stamping of documents rather than old-school registration has become the norm. But so upset were the Jammu lawyers that when such power of courts and, consequently, their own monopoly over the registration process were stripped, they prevented the courts from functioning for over a month. Examples of similar lawyer strikes in Calcutta and other cities for a variety of reasons are common. It is no surprise that ordinary Indians want to have as little to do with lawyers as possible.

Even if the police and courts function, public faith in the retributive abilities of the prison system is suspect. Although isolated cases of reformative jails exist, the general overcrowding of prisons is simply staggering for any such reform to happen at scale. According to the India Justice Report, 2019, Uttar Pradesh has 304 inmates per officer and 95,336 inmates per correctional officer. Prisons in West Bengal, despite being better than many other states, have, on average, an occupancy of 110 per cent with 1 correctional staff for 560 prisons. Poorly functioning prisons complete the circle of a broken criminal justice system.

In the face of such non-performance, to dismiss the base sentiment of citizens for instant justice as uncivilized would be too quick. Instead, it might better be interpreted as a frustrated appeal to create a justice system that is speedy, cost-effective, freed of the vice-like grip of lawyers, humane and, above all, fair.

If this is to happen, we need root and branch reforms. The Chief Justice of India has responded swiftly by looking at how rape cases can be expedited across the country. This is welcome. Here are four suggestions in the same vein to start a wider conversation: first, lawyers’ fees had been capped by the British in colonial India. A similar cap on lawyer fees must be brought in. Without justice being affordable, it can never be fair.

Second, high courts and state governments have been unable to spend the money allocated to them for building new courtrooms. Any failure to spend money must be counted against chief justices when they are being considered for elevation to the Supreme Court. The system on the whole needs accountability. Simply fast-tracking a few types of cases will not work.

Third, it is imperative to introduce live-streaming of proceedings from all courtrooms in the country. Transparency will show up the lawyers who take their clients for a ride and create delays in the first place.

Fourth, it is important for the supporters of the Hyderabad encounter killings to understand a salient fact—the criminal justice process exists to conclusively determine guilt. Procedures are necessary to ensure that the State is imprisoning the right persons for the right reasons. Jaya Bachchan has to be made aware that we may have killed four men, but without a trial we will never know whether these were the guilty men.

The widespread support for encounter killings is the wake-up call that everyone in the legal fraternity needs to get the criminal justice system in order. Otherwise, the rumblings of discontent will only grow, the law will remain confined to the books, the courts ensconced in their ivory towers, while men will be declared guilty by the mob and hanged in the town square.