Advertisement
Home / Opinion / Lessons from a lull a century ago: The Congress party's 'constructive programme'

Lessons from a lull a century ago: The Congress party's 'constructive programme' 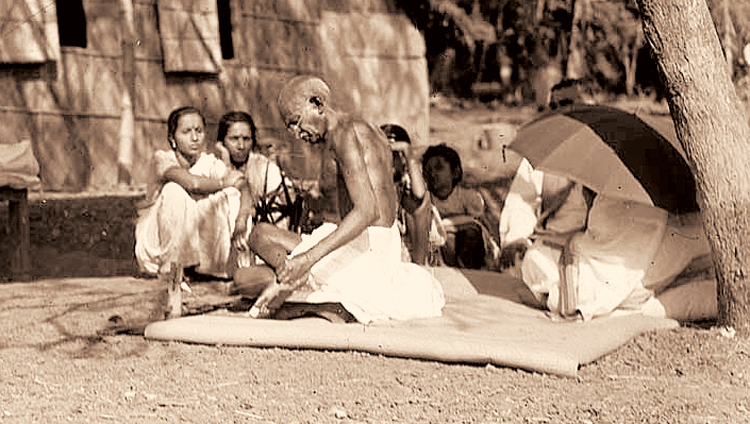 Mahatma Gandhi at the spinning wheel. During the lull of 1922-1928, the Congress focused on a 'constructive programme' that included communal unity, removal of untouchability, promotion of khadi and other village industries, rural sanitation, education, and women’s emancipation
(The Telegraph file picture)
Manini Chatterjee   |   Published 17.06.19, 03:29 AM

As the Congress leadership grapples with the trauma of two successive electoral routs, it might find it useful to rewind to developments that date back to almost a century ago.

The Indian National Congress may have been established in 1885 but it became a vibrant vehicle of the freedom struggle a good three and a half decades later. The transformation of an elite outfit into a mass movement took place only after Mahatma Gandhi returned to India in 1915.

Gandhi had already achieved some success with his unique form of passive resistance to British rule — which he termed satyagraha — in South Africa. In India too, he demonstrated the efficacy of his method by taking up specific local issues affecting ordinary peasants and workers and resolving them to their satisfaction. The first three notable successes took place within three years of his return: the Champaran satyagraha (1917), the Ahmedabad mill strike (1918) and the Kheda peasants’ struggle (1918).

But it was the year 1919 that marked a turning point. In March that year, the British raj passed a draconian bill that came to be known as the Rowlatt Act to replace the Defence of India Act that had expired at the end of the First World War. The Act placed stringent curbs on all legitimate political activity and sparked outrage among all shades of political opinion in India. A month later, the Jallianwala Bagh massacre took place. The country was in ferment.

Gandhi formally launched the first Non-Cooperation movement in 1920. The Nagpur session of the Congress in December 1920 which ratified Gandhi’s call was significant for another reason too. It changed the constitution of the party and opened membership to all on the payment of just four annas (25 paise) thus turning the party into a truly mass platform.

The Non-Cooperation movement which called upon Indians to boycott law courts, legislatures and government educational institutions, to surrender official honours and titles, and to give up foreign cloth galvanized the people in a way never seen before — and seldom seen again. Combined as it was with the Khilafat movement, it drew huge support transcending regional, religious and social divisions. Historians have recorded the massive spurt in workers’ strikes, peasant revolts, mass demonstrations and widespread boycott of foreign goods that took place in response to the call given by the Congress.

As anyone who has read a school history textbook knows, the Non-Cooperation movement was abruptly called off by Mahatma Gandhi following the Chauri Chaura incident on February 4, 1922. A large group of peasants, participating in the Non-Cooperation movement in this small outpost in Gorakhpur district, clashed with the police who opened fire on them. In retaliation, they attacked and burned down the police station killing some 22 policemen. Gandhi, who regarded non-violence as cardinal to civil disobedience, unilaterally called off the movement when it was at its height.

It is well known that his decision led to great disappointment among Congress leaders at the time. It is equally well known that in the aftermath of Chauri Chaura, there was a lull in the national movement that lasted several years. The Gandhi-led Congress re-emerged at the helm of affairs only towards the end of the 1920s with the “Simon Commission Boycott” call in 1928, the demand for complete independence in 1929 and the second major mass upsurge — the Civil Disobedience movement starting with the Dandi March — in 1930.

What is far less known but is much more fascinating — and acquires a special resonance in light of the political situation today — is what happened during the so-called “lull” in the years between 1922 and 1928.

Gandhi did not go abroad or go into a sulk. On the contrary, he — along with millions of his new supporters — plunged into what he termed the “constructive programme”, an essential element of Gandhian satyagraha.

The “constructive programme” had been outlined in the Nagpur session itself and it was incumbent upon all Congress members to follow it. If civil disobedience was one branch of satyagraha, “constructive” activity aimed at self-improvement and social uplift through the building of structures and systems was an equally important component.

The focus of the constructive programme was on communal unity, removal of untouchability, prohibition, promotion of khadi and other village industries, village sanitation, new or basic education, adult education, women’s emancipation and so on. Khadi — or the use of the charkha to create home spun cloth — became the abiding symbol of Gandhi’s constructive programme but it was more than just that.

As a result of the constructive work, the Congress spread its roots deep into villages and towns of India and became a giant social organization closely involved with the daily lives of ordinary people. The various khadi ashrams, the national schools, the work among lower castes and “untouchables” provided Congress with full-time workers. More important, the “social work” by a political organization made it easy for people to identify themselves with the party and the movement.

In this period of “political retreat”, a number of robust institutions were set up such as the All India Spinning Association, Harijan Sevak Sangh, Hindustan Talimi Sangh — to guide the numerous national schools and colleges sprouting in different parts of the country — and the All India Village Industries Association, among others. These provided a mass base not just for future movements in the 1930s and 1940s but helped the Congress retain its pre-eminent status for a few decades after Independence.

But once the Congress became the ruling party of free India, the “constructive” side of its agenda slowly ebbed away. The transformation of India, it was felt, would come about through the benevolent State, and acquiring State power by winning elections became a central pursuit.

The Congress, it must be said, is not alone in this. Several other political streams including the communists, the socialists and the Ambedkarites believe that lasting social and economic change can come through the wielding of State power. In a parliamentary system, therefore, fighting elections takes precedence over what is dismissed as “mere” social work.

Ironically, it is the Rashtriya Swayamsevak Sangh — the chief foe of Gandhian ideology — that has assiduously worked in the social sphere over the last seven decades. The RSS has floated a plethora of organizations that run schools and work amid every section of society. It has used these outfits to build an ecosystem that has contributed greatly to the rise and rise of the BJP.

Things could be coming a full circle today. The RSS has begun to relish State power and the BJP is becoming an obsessive election-winning machine.

This gives the Congress a chance it ought to seize: revive the long abandoned “constructive” work that provided the roots which made it a Grand Old Party, and not view politics only through the prism of winning and losing elections.

Not everything from Mahatma Gandhi’s programme can be followed a hundred years later. But some of it — such as Gandhi’s explication of “communal unity” — is possibly even more relevant today. Gandhi wrote: “Everybody is agreed about the necessity of this unity. But everybody does not know that unity does not mean political unity which may be imposed. It means an unbreakable heart unity. The first thing essential for achieving such unity is for every Congressman, whatever his religion may be, to represent in his own person Hindu, Muslim, Christian, Zoroastrian, Jew, etc... He has to feel his identity with every one of the millions of inhabitants of Hindustan. In order to realize this, every Congressman will cultivate personal friendship with persons representing faiths other than his own. He should have the same regard for other faiths as he has for his own.”

This dictum apart, there are many ways to creatively re-work Gandhi’s constructive agenda to suit today’s context. There is no dearth of issues crying out for attention, no shortage of people needing solidarity and support, no lack of idealists ready to join a just struggle.

But for that to happen, the current Congress leadership must realize that it is up against a political and ideological challenge more onerous than fighting the British raj. And that the freedom struggle was won not by political movements alone. To sceptics at that time, Gandhi said: “... my handling of a civil disobedience without the constructive programme will be like a paralysed hand attempting to lift a spoon.” Those words resonate louder today.

Communities and the search for an ideal society