Advertisement
Home / Opinion / Communities and the search for an ideal society

Communities and the search for an ideal society 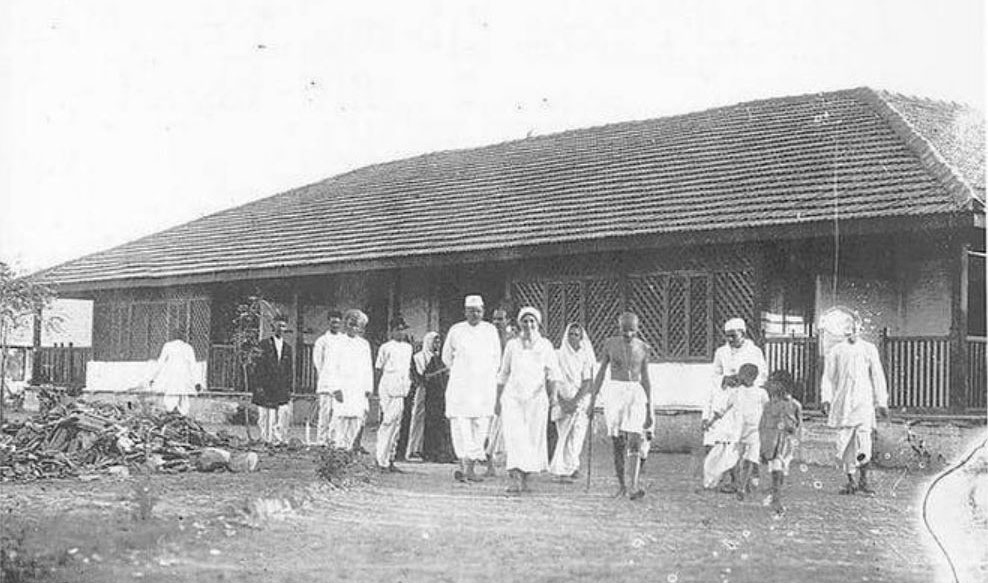 Mahatma Gandhi and his followers at Sabarmati Ashram, Gujarat. Gandhi tried out communities that Raghuram Rajan today idealizes — not once, but four times — in Phoenix and Tolstoy Farm in South Africa, and in Sabarmati and Sevagram in India.
Telegraph file picture
Ashok V. Desai   |   Published 07.05.19, 03:00 AM

After Arun Jaitley did not extend his term as governor of the Reserve Bank of India in 2016, Raghuram Rajan went back to his chair in Chicago and resumed teaching. He is a remarkably articulate economist; so it was quite a surprise that he was quiet for three years. And then came the 400-page book, The Third Pillar.

In his view, society rests on three pillars: the State, the market and the community. The community is everywhere; presumably it emerged in the first human tribes, and is the oldest institution. The State emerged next: as communities expanded and coalesced, structures evolved to govern them. Markets came last: as people acquired animals, vehicles, boats and so on, they encountered other people who had different goods and began to exchange them for the goods they had. Societies spread and expanded, people came briefly in touch with others who governed or traded, and were no longer so close to them as members of a community used to be. That is how we ended up with loose-knit, populous societies whose people have new worries — for instance, what to do with migrants or refugees whose differing ways and tongues do not fit into their societies. Rajan’s solution is that they should return to the original structure and divide into small communities in which everyone knows and works with everyone else. He found it in a slum in his native Chicago, which a local idealist had turned into a thriving community.

This is precisely the solution that M.K. Gandhi developed and implemented in the communities he founded. For a generation after he was murdered, Gandhi was turned into a saint. Then he was forgotten. Now, Hindutwits are trying to turn him into a villain who loved Muslims and allowed the creation of Pakistan. It is the fate of famous people to be turned into stereotypes once they have left the earth. Gandhi was most unhappy about the creation of Pakistan; it was Patel and Nehru who told him that it was impossible to live in the same country with Jinnah and Suhrawardy who went about inciting communal riots. And Patel did not want Partition; with the forces he had, he just could not cope with the riots, and accepted Partition as a way to end the killings. I met him in Bombay just two months before he died; my memory is of an extremely sad man.

But for me, Gandhi is no stereotype. I was twelve when my father last went to see him in Sevagram. I used to play in and around his hut. I used to borrow his magnifying glass and burn holes. We children used to run ahead of him when he went for his walk in the evening. I used to admire Bhansalibhai who slept in the sun for an hour every midday, and wondered how he could be so fair whereas the sun made the rest of us dark. Bapu, as everyone called Gandhi, also slept after lunch, for exactly 20 minutes; I remember him waking up once and saying, “Oh! I overslept.” He counted every minute, for he had more to do than he had time for. No wonder, for even if I wrote him a letter, he would reply in his own hand — hands, rather, for he wrote with both hands whose handwriting differed.

He was not the only one who was busy; it was the ashramite norm to be busy. We children were exempt, but all the work was done by the residents. In the morning, men cleared out the toilets, took the buckets to the fields, emptied them in pits and covered up the contents with earth; after some months, the pits were opened, and the manure was taken out and spread in the fields which grew food for the residents.

There was some small crime: I did, once in a while, steal a tomato from the fields to eat. And there was drama. In the hut next to ours was Anand Hingorani, who was depressed because his wife had just died. Every evening after dinner, he used to close his door and commune silently in the dark with his wife. One night, I saw a snake enter his hut. I ran and told my father; we banged on Hingorani’s door, shouted to warn him, and asked him to come out. He did not reply, and he did not come out. After an hour, he opened the door; the snake was found sitting peacefully behind him.

Gandhi tried out communities that Rajan today idealizes — not once, but four times — in Phoenix and Tolstoy Farm in South Africa, and in Sabarmati and Sevagram in India. His followers set up a number of ashrams — for instance, Vinoba Bhave in Paunar and Narayan Desai in Vedchhi. All of them survive to this day; but they are no longer live communities. There are half a million villages in India, but none of them has turned itself into a Gandhian community — at least, none has made a name as one, let alone won followers across the world.

Why is this so? An economist’s answer would be that people prefer a market economy in which they can move around, take jobs that pay them most, buy goods at the lowest price and maximize their utility while producers maximize their profits. Rajan’s response might be that the market economy leaves a great many people in dire straits — earning too little or lacking jobs, being mistreated by employers, consuming too little or too much of wrong things, and so on. That was what Karl Marx also thought; his solution was to nationalize the producers and make everyone an employee of the State.

Gandhi’s solution was to ration productivity-increasing technology so that there was enough work for everyone. He was not against all modern technology. He approved of railways, and used them a lot; he presumably had nothing against ships, on which he travelled to England. He was in favour of printing technology, which he used to propagate his opinions, although I do not think the typewriter found its way into the ashram. He did not express himself very clearly on what technology should be allowed, and who should decide it. He was against the British ruling India, but was not very explicit on how Indians should govern India. He did not object when his followers adopted British-style democracy; but I doubt if he approved of it.

I think Rajan has enlightened us as little as Gandhi on what type of governance he favours. Since he argues for community rule, he must favour an extremely decentralized system. If he accepts nation states, then he must favour a hierarchical State with villages as its lowest rung. Gandhi wrote incessantly into his seventies, and we still do not know what type of rule he wanted. Rajan has still some time to go; let us hope that he will work out the ideal form of government before too long. If he gets it right, community after community will adopt his model. They will learn from one another’s experiments; the model will get better and better — until the world becomes a Raghu Ram Rajya.

By the people: Gandhi's pan-Indian life and legacy