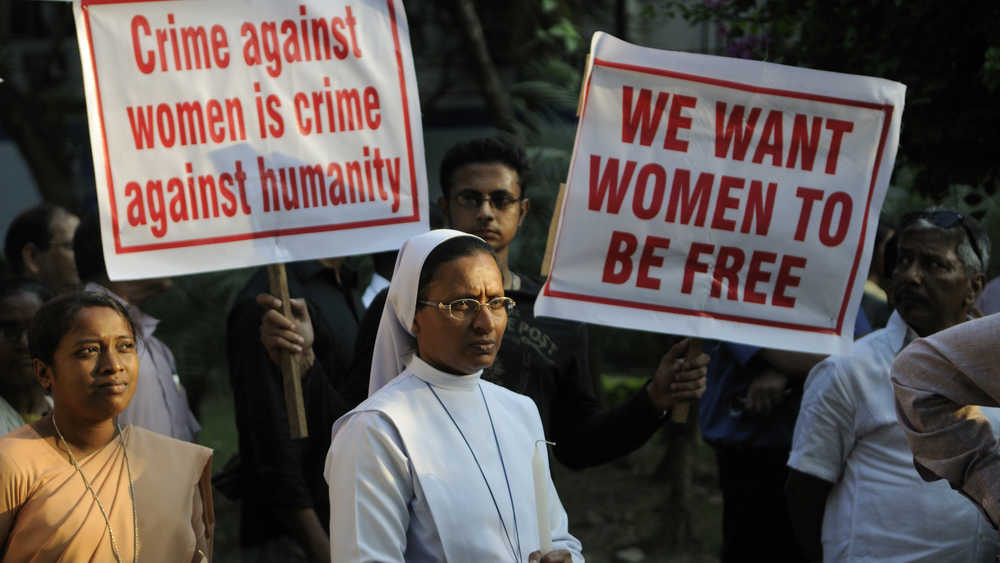 A Christian Nun standing in prayer during a candle light vigil to protest gang rape of an elderly nun near Ranaghat on March 16, 2015 at Allen Park in Kolkata, India.
Shutterstock
The Editorial Board   |   Published 03.11.20, 02:06 AM

Crimes against women in India show that, however severe, laws by themselves are no deterrent. The Karnataka High Court, however, has recommended that Section 376D of the Indian Penal Code that prescribes imprisonment of 20 years to life together with a fine for those convicted of gang rape be amended to include the death penalty. The high court was upholding the sentence of life imprisonment for seven persons convicted of the gang rape of a student in Bangalore in 2012. Capital punishment is already part of the law against gang rape with murder: the men convicted in the December 2012 gang rape in a Delhi bus faced the death penalty, although not the minor offender. The Karnataka High Court wished to increase the severity of the penalty because the judges felt that gang rape was worse than murder. This comment may reflect the acute humiliation and pain that a gang rape inflicts, although it would be difficult to grade the destruction wreaked by any rape.

The death penalty for rape has been repeatedly proposed, but there are arguments against it. Activists contend that the criminal would tend to murder the woman if capital punishment becomes a possibility to prevent identification and erase evidence. It is suspected that there has been a rise in murder after rape recently. It is also feared that, with the possibility of capital punishment, the rate of conviction for rape would drop. Reports of the National Crime Records Bureau show that the already low conviction rate of 32.2 per cent in 2017 dropped further to 27.2 in 2018. Of 1,56,327 cases on trial in 2018, 1,38,642 remained pending; in 17,313 completed trials, there were convictions only in 4,708 cases. Obviously, severe laws and the threat of death are no deterrents unless procedures underline the heinousness of the crime by moving fast to make tightly knit cases. Even increasing special courts, as has been done to some extent, is not enough; evidence production, beginning from forensic reports, must be swift and accurate. Laxity points to an underlying reluctance to penalize sexual criminals, which is why cases are blunted by the time they come to trial. It is the fear of quick apprehension and inevitable punishment that will act as deterrents, not just the threat of the death penalty.