Such laws assume women’s helplessness, passivity and folly, as though constitutional guarantees do not apply to them 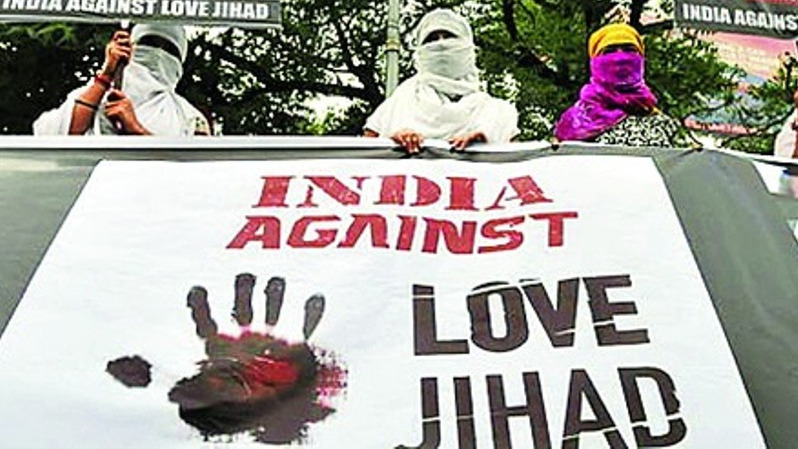 Laws against the lie of love jihad represent the BJP’s gendered agenda as much as its community-based one.
File picture
The Editorial Board   |   Published 23.11.20, 11:50 PM

When a lie has been promoted loudly and frequently enough, it can become material for law. That is the trajectory of the ‘love jihad’ narrative, which claims that men from India’s largest minority community lure women of the majority community into marriage in order to have them convert to Islam as part of a conspiracy to change the country’s demographic balance. The chief minister of Uttar Pradesh must be given the credit for leading other Bharatiya Janata Party-ruled states, such as Madhya Pradesh, Karnataka, Haryana and Assam, in the decision to promulgate a law against love jihad. Bihar is inclining that way too. Predictably, Opposition states have strongly criticized the decision in terms that emphasize its unconstitutionality, barbarity and sheer effrontery in projecting a myth as a real-life evil to be tackled by law. The chief minister of Rajasthan, Ashok Gehlot, for example, has said that love jihad is a manufactured phrase intended to divide the country and disturb communal harmony. Mr Gehlot, along with other Opposition chief ministers and leaders, has pointed to the fact that personal freedoms are guaranteed by the Constitution and that marriage is a matter of personal choice. Faith and caste are immaterial. Marriage between two consenting adults cannot be interfered with, not even with the excuse of objecting to conversion solely for the purpose of marriage. The Constitution guarantees the freedom of religion too.

Opposition leaders have not only said that the proposed laws against interfaith unions in BJP-ruled states are unconstitutional — perverse and uncivilized as well — but have also underlined their inherent communal hostility. Although such laws, paradoxically, would not stand the test of constitutional legality, BJP-ruled governments would still try to use them to discriminate against and harass members of the minority community. There is another target: women. Such laws assume women’s helplessness, passivity and folly, as though constitutional guarantees do not apply to them; they do not know what is best for them. Women are being viewed here purely as vehicles of reproduction — the community’s property that it should ‘protect’ and keep ‘secure’. Laws against the lie of love jihad represent the BJP’s gendered agenda as much as its community-based one.