Steps on Kashmir expected to result in an upswing of economic activity and improvement in the livelihood prospects of all people, says statement 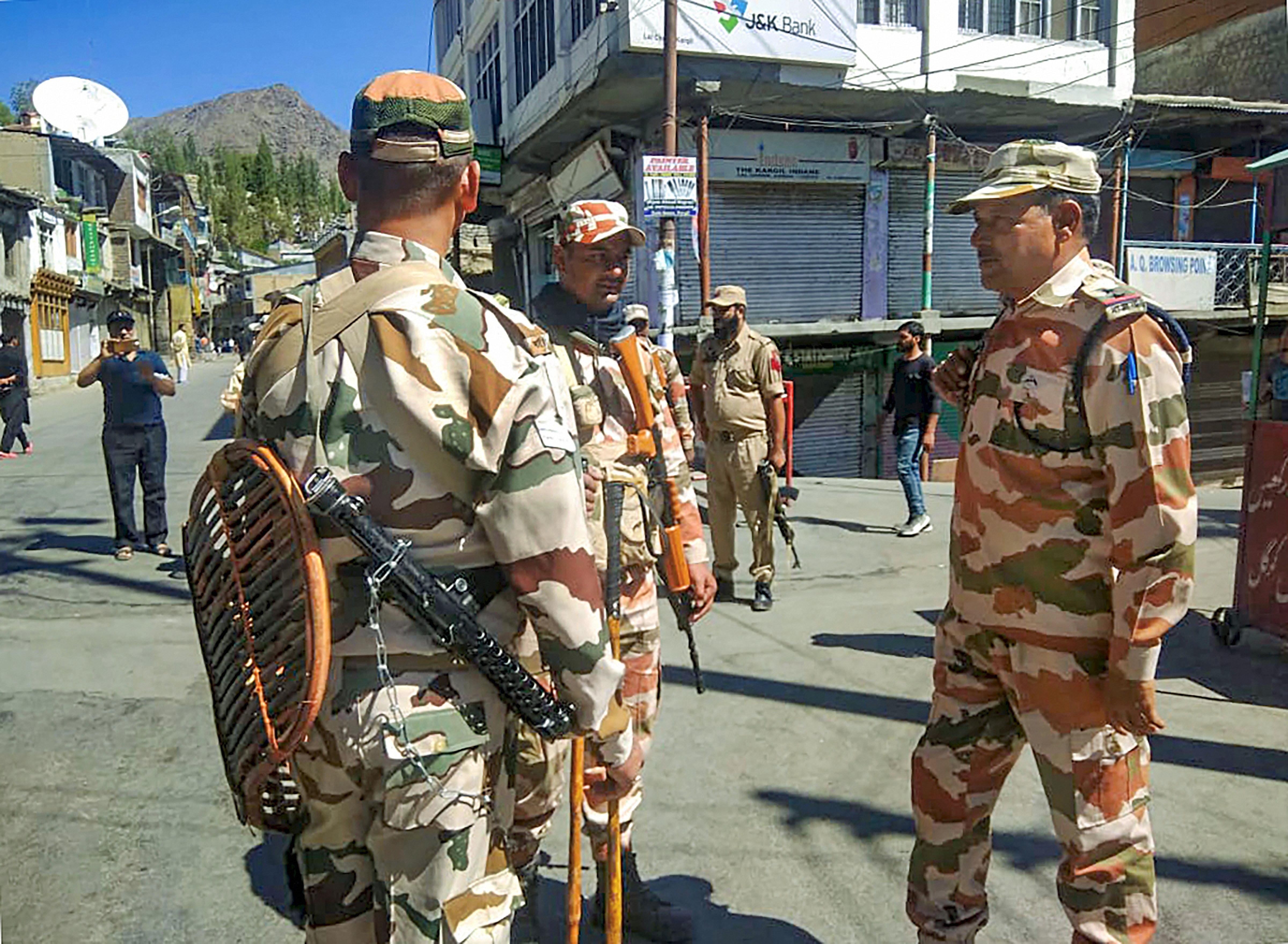 India on Thursday termed Pakistan downgrading diplomatic ties with it as an attempt to present an alarming picture to the world about bilateral relations, and urged Islamabad to review its decision.

The external affairs ministry said India regretted the steps announced by Pakistan on Wednesday and asserted that its decision on Jammu and Kashmir is an internal affair.

The ministry said Pakistan negatively perceiving India's development move is not surprising as the neighbouring country has utilised such sentiments to justify cross-border terrorism.

'The Constitution of India was, is and will always be a sovereign matter. Seeking to interfere in that jurisdiction by invoking an alarmist vision of the region will never succeed,' the ministry said in a statement.

Reacting to the decision, Pakistan on Wednesday expelled Indian high commissioner Ajay Bisaria, soon after deciding to downgrade diplomatic ties with India over what it called New Delhi's 'unilateral and illegal' move.

'Recent decisions by the government and Parliament of India are driven by a commitment to extend to Jammu and Kashmir opportunities for development that were earlier denied by a temporary provision in the Constitution,' the ministry said.

It said that the intention behind Pakistan's announcement on downgrading diplomatic ties was to present 'an alarming picture to the world of our bilateral ties'.

'The Government of India regrets the steps announced by Pakistan on Wednesday and would urge that country to review them so that normal channels for diplomatic communications are preserved,' the ministry said.

It said India's decisions on Jammu and Kashmir will result in the removal of gender and socio-economic discrimination.

'It is also expected to result in an upswing of economic activity and improvement in the livelihood prospects of all people of Jammu and Kashmir,' it said.

'It is not surprising that such developmental initiatives that could address any disaffection in Jammu and Kashmir should be negatively perceived in Pakistan, which has utilized such sentiments to justify its cross-border terrorism,' it added.