Just so: Crimes against dalits

National Crime Records Bureau data show a 7 per cent increase in these crimes from 2018 to 2019, part of an upward curve from 2014 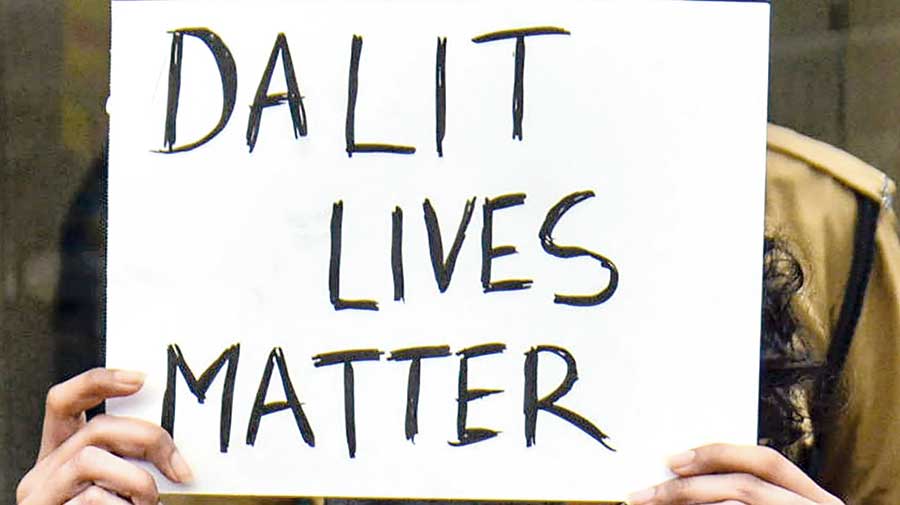 Institutional complicity in efforts to protect upper-caste criminals when the crimes are against Dalits was laid bare in the Hathras case in Uttar Pradesh. But that is just a blatant example among numberless incidents which validate the findings of a study showing that cases of atrocities against Dalits are sought to be diluted throughout — from registration of the complaint through charge-sheet filing to the trial. This allows 75 per cent of cases to end in acquittal while suggesting that upper-caste perpetrators can get away with anti-Dalit crimes. National Crime Records Bureau data show a 7 per cent increase in these crimes from 2018 to 2019, part of an upward curve from 2014. Yet the Scheduled Castes and the Scheduled Tribes (Prevention of Atrocities) Act demands immediate arrest of the accused, charge-sheets within 60 days, trials within another 60, in special courts. These rules are intended to prevent the kind of threats and violence that resulted in the murder of the alleged gang rape survivor in UP’s Unnao district, made possible by delayed arrest, consequent bail and late hearing dates. In the Hathras case, the police kept quiet about the gang rape for eight days, cremated the victim without her family’s consent, and claimed there was no rape. The girl’s deathbed statement about gang rape was ignored, while the ministry of home affairs, with notable ineffectuality, reminded states of the relevance of the deathbed declaration in the justice process.

Sexual violence constitutes one section of crimes against Dalits. The study reveals an unwritten system of interlinked steps that aim to diminish or even erase the cruelty and targeted injustice of all caste-based atrocities. Besides taking their time to record the complaint, arrest the accused and file the charge-sheet, the police may register an incident fit for the Atrocities Act under some other law to blur its profile and evade specific requirements. The inadequacy of special courts for caste-related cases further exposes the authorities’ reluctance to deliver justice to those without caste privilege. Matching this is the biased conduct of designated public prosecutors, who may not let their Dalit clients enter their rooms, let alone brief them properly.

It is not merely that many Indians do not consider Dalits to be human, as Rahul Gandhi said: they do not want to. Genuine social justice would threaten the traditional interweaving of social, political and economic power. Reservations can be turned into a tool for vote collection, but justice is different. It must be resisted at all costs.