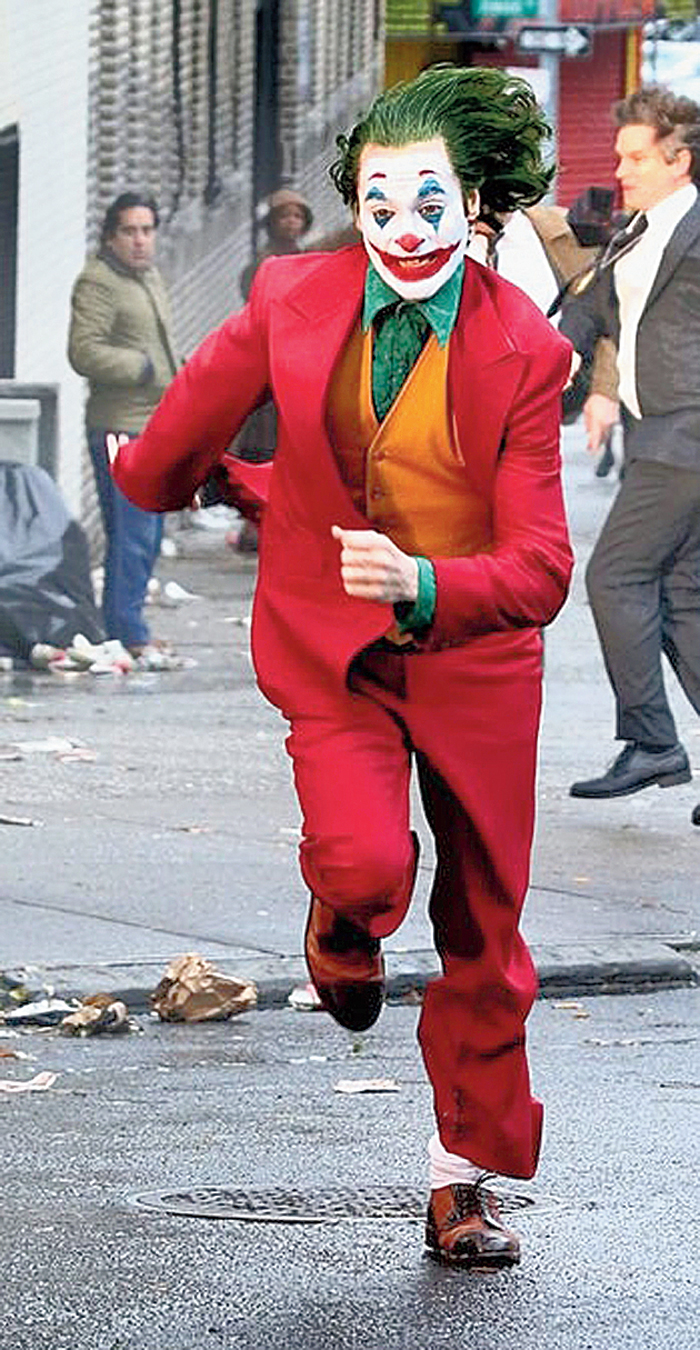 Reviews of Joker have alternated between gasps of adulation and stentorian demurrals over its fallen-guy-made-into-a-hero approach. Many reviewers have cavilled at what they see as the film’s justification for a nutcase spiralling into violence, spurring potential criminals in the city to descend into mayhem. Remarkably, they condemn the film not for poor content, but for the message it purveys. The refrain has been that it is not moral or safe.

Is it the violence that unsettles them? Or the seeming implausibility of the wannabe artist who emerges as an idol for losers? In either case, the critique sounds somewhat incredible, coming from those whose bread and butter depends upon the realm of celluloid fiction — a medium of unimaginable and thus uncharted contours.

But the moral inspectorate has a complaint of a different nature. Danger is too imminent, in their view, and to make such movies which may aggravate the latent lunacy among the masses is to push one's luck. Recent instances of mass shootings in the US -- quite like what Joker’s disciples would love to do -- seem to lend weight to their argument. However, it does not stand up to scrutiny, for want of objective data.

The connection between cinematic violence and real-world violence is tenuous at best. In the absence of any authoritative objective study, it becomes easy for the gatekeepers of art to apply their moral compass to admonish or exalt any work according to their lights. But violence by underdogs raised to the level of iconic figures is nothing new in cinema.

Stylized violence appeared on screen sometime in the 1960s, for instance with Bonnie and Clyde (1967), the story of a romantic couple who killed people for a lark. Drawing inspiration from it, the 1994 film Natural Born Killers featured a couple as psychopathic serial killers -- Bonnie and Clyde on cocaine, one might say. Can it be said that every time the critics warned that’s enough, viewers clamoured for more violence? Of course, it can, and the trajectory suggests so.

As for glorification, violence is hardly the only vice which has provided raw material for filmmakers. Greed, a sin according to scripture, was made a central theme by no less than Martin Scorsese in The Wolf of Wall Street (2014). An earlier film, Wall Street (1987) too made corporate crooks the gold standard to emulate. But it would be a bit of a stretch to blame the “message” of these movies for what led to the dotcom crash of the 2000s or the meltdown of 2008. One can, on the contrary, make a case for these movies as unofficial whistleblowers for the inherent flaws in the corporate structure.

Of late a bishopric has emerged among a section of film writers, who care more about the ‘moral’ of the story than about the viewers’ discretion. And they are often wrong -- perhaps more often than not. How can one forget about tacit disapproval over a Lolita or banning of Ulysses, or the fear of moral impairment of the masses by the concupiscent Lady Chatterley’s Lover by those whose names history forgot to record?

Legend has it that when Luis Bunuel showed Un Chien Andalou (shocking for its necrophilia and other disturbing images) for the first time to a French audience in late 1920s, he kept stones in his pockets to pelt them with in case of a disaster. To his luck, the French were delighted to see such images. A lesson here: it is hard to predict the response of a crowd and to what limits it can go to please itself. Maybe the audience is already crazy.

The big baddies of the comic world

John Wick 3 is supercharged with violence and virtuosity