Advertisement
Home / Entertainment / The big baddies of the comic world

The big baddies of the comic world

The bad guys we love to hate, who are now giving their superhero nemeses a run for their money 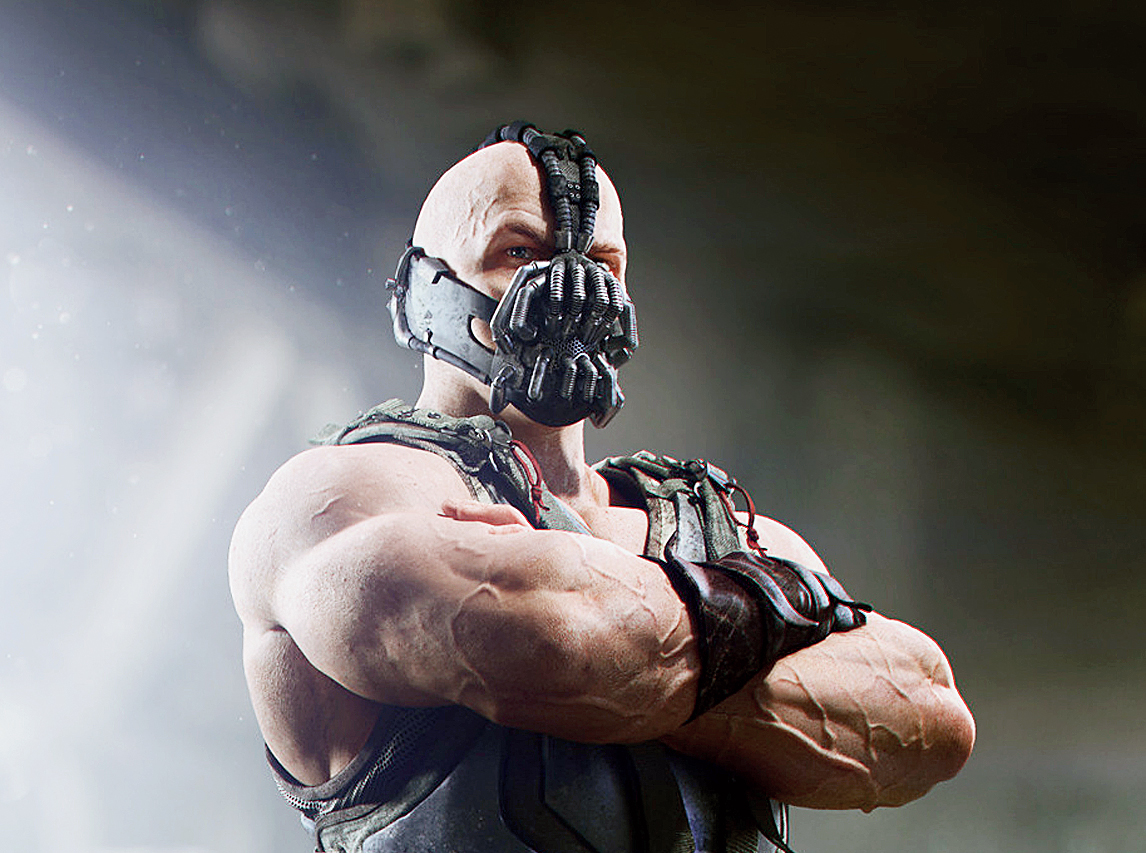 They are the most hated people. We love to see them getting bashed up, but they have clearly evolved. From being the stereotypical bad guys, they are now giving their superhero nemeses a run for their money. With plots being tweaked around them, some supervillains now have a cult following, rubbing shoulders with superheroes in terms of sheer popularity. t2 lists some iconic supervillains that power some of the biggest superhero franchises.

“Ah, you think darkness is your ally. But you merely adopted the dark; I was born in it, moulded by it. I didn't see the light until I was already a man, by then it was nothing to me but BLINDING! The shadows betray you, because they belong to me! I will show you where I have made my home while preparing to bring justice. Then I will break you”.

Superpowers: He uses the super-steroid known as Venom to enhance his physical attributes to superhuman levels. Bane is smart enough to rival Batman. He had to learn to fight to survive, scoring his first kill at the age of 12. Bane is a driven and intelligent yet logical villain, who challenges Batman as well as tests him. He is a tricky character and though he’s a genius, he’s often presented as a brute. Even The Dark Knight Rises doesn’t quite get Bane right, but it comes close in what is clearly director Nolan’s take. Bane is the only Batman villain to ever defeat the caped crusader and is, in almost every way, a perfect foil to Batman. 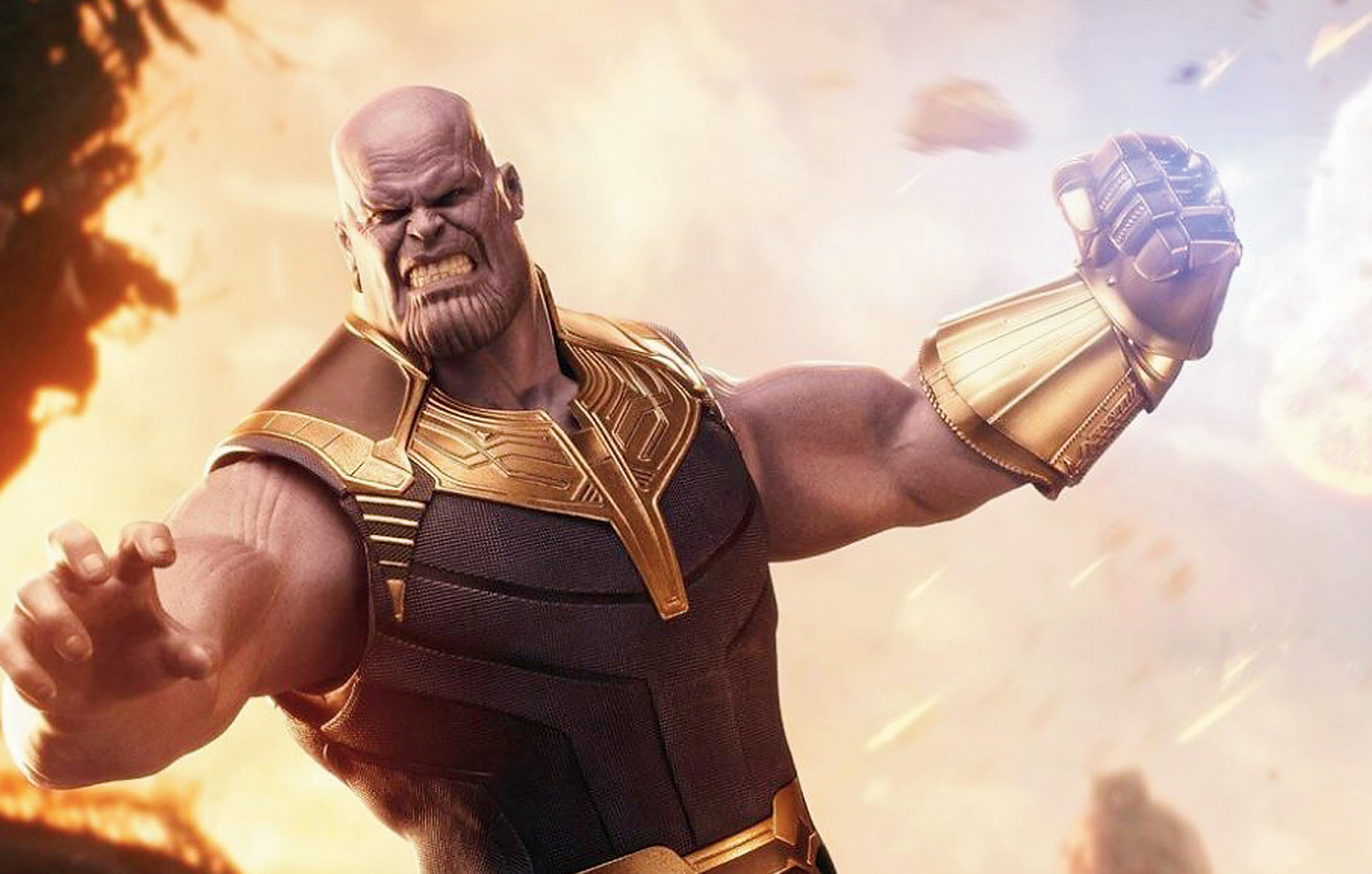 “Going to bed hungry, scrounging for scraps. Your planet was on the brink of collapse. I was the one who stopped that. You know what’s happened since then? The children born have known nothing but full bellies and clear skies. It’s a paradise”.

Superpowers: Can project cosmic energy, is capable of telekinesis and telepathy. According to directors Joe and Anthony Russo, Avengers: Infinity War belongs to Thanos. We couldn’t agree more. Josh Brolin played the character to perfection, and in the process, immortalised the villain forever. Very few characters achieve iconic status riding on a single film, but Thanos did it in the “snap of a finger”.

His greatness lies in the fact that he strikes a chord with many of us. He thinks he is right, but he isn’t. He dreams of a universe without suffering but goes to the extent of wiping out half the population (officially the highest body count for any villain, ever). A burgeoning population could put any planet/universe on the brink of extinction, but he chooses to go the wrong way for a right cause. His tragic flaw? Thanos tries to be God. 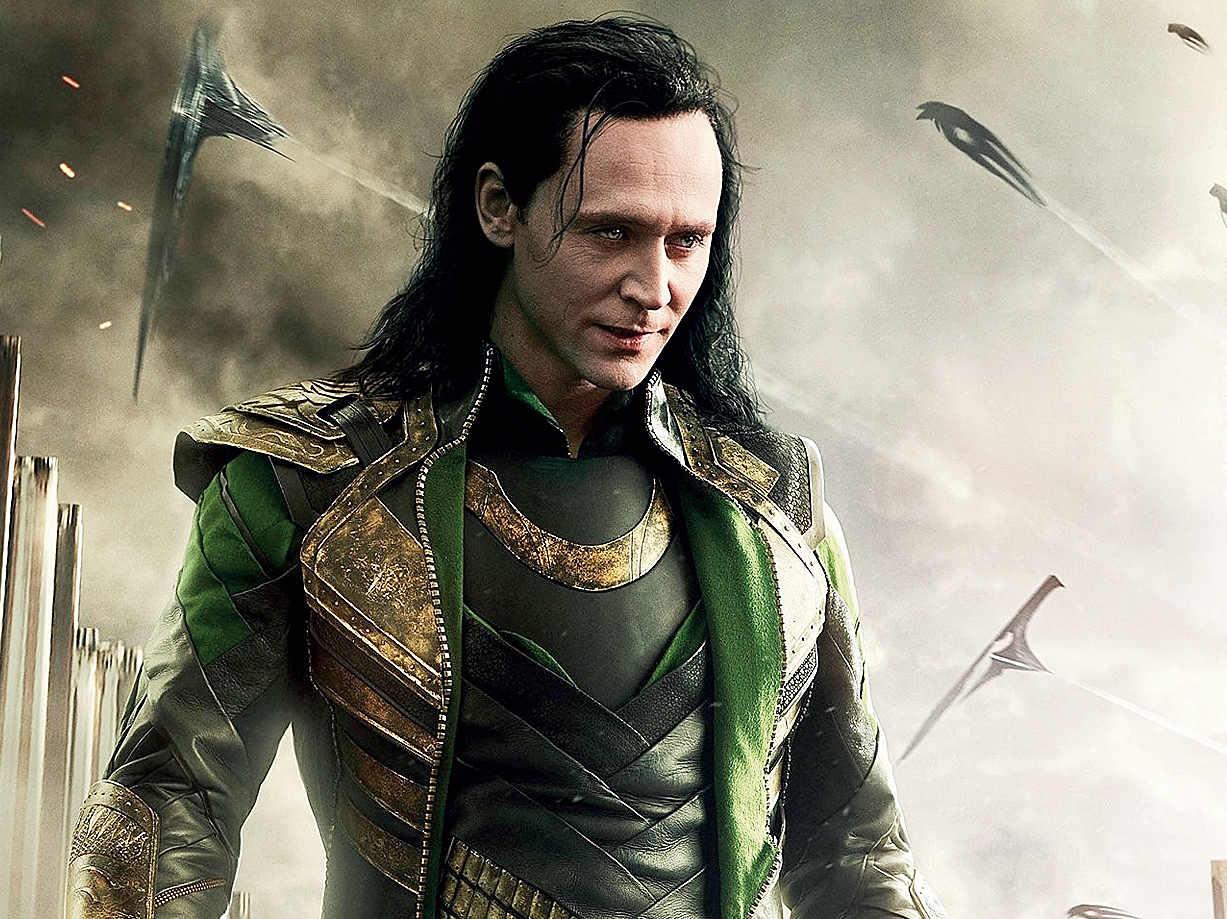 “I ask only one thing in return, a good seat from which to watch Asgard burn”.

Superpowers: Magic, energy projection and creation of force fields — Loki can do it all. To many, he is morally grey at best. Loki is a complex character but that doesn’t necessarily make him a dangerous enemy. Within the MCU, he is looked at as a troubled but charismatic personality who is capable of deception. Loki’s motivations, while extreme, are nuanced and complicated. There has never been anyone quite in the same league as this supervillain. He is human, with complex motives and methods that are evil, immoral, and unethical, but still understandable. 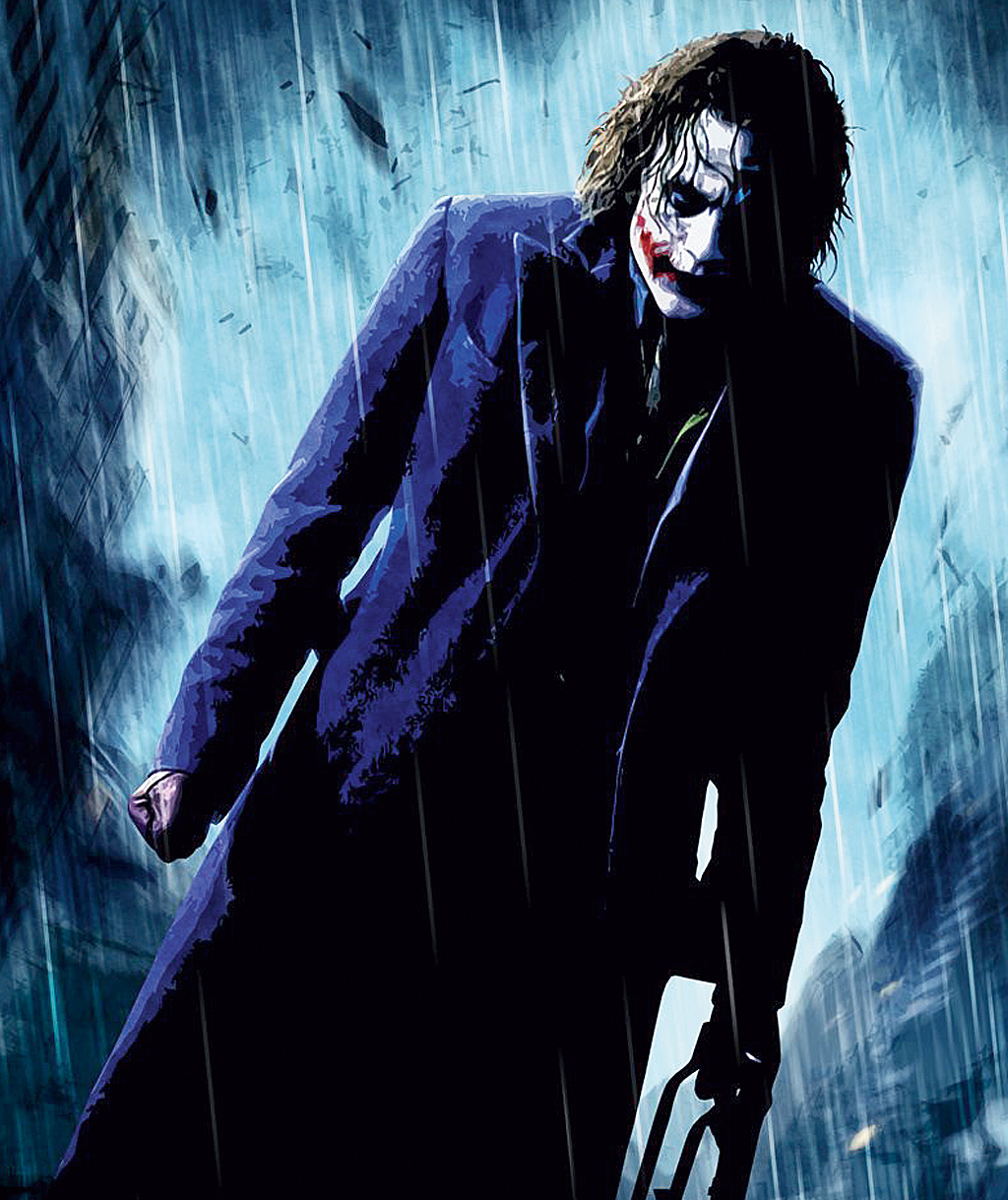 The Joker is considered to be Batman’s opposite, though he could be representative of Batman’s own questionable sanity. If Batman is about order, The Joker is about chaos. Heath Ledger, who played the supervillain in what was his last screen outing before his untimely death, described The Joker as a “psychopathic, mass murdering, schizophrenic clown with zero empathy”. He was reportedly inspired by Malcolm McDowell’s mannerisms in A Clockwork Orange (1971), the Stanley Kubrick-directed masterpiece. The Joker’s quirky character and crimes are based on the concept of fun, even though that fun may be sinister and dark. The Joker is intelligent, diabolical and sadistic and even when he gets caught and imprisoned, he remains calm, knowing he has the upper hand. 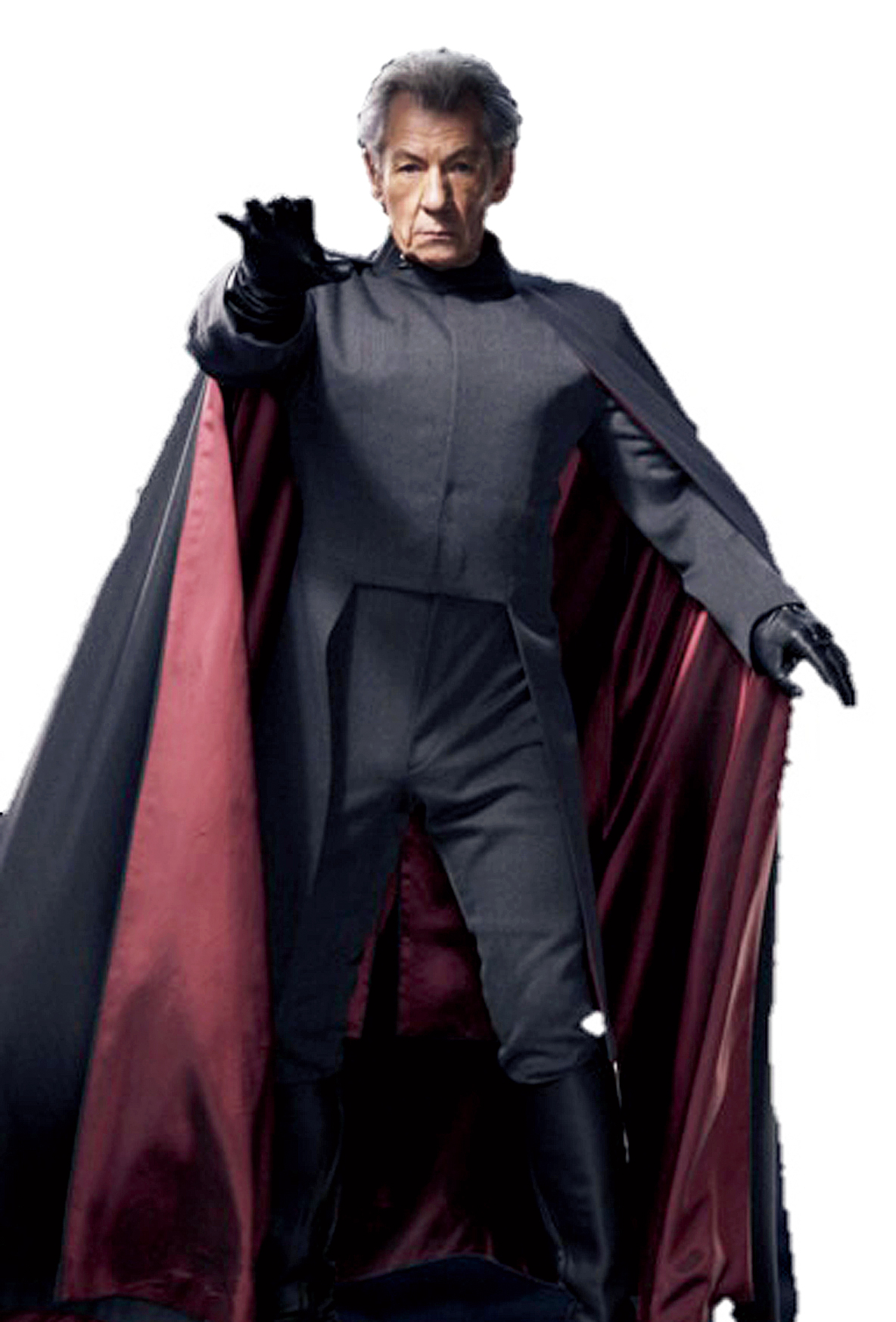 “They wish to cure us. But I say to you we are the cure! The cure for that infirm, imperfect condition called “Homo sapiens!” They have their weapons… we have ours. We will strike with a vengeance and a fury that this world has never witnessed. And if any mutants stand in our way, we will use this poison against them!”

Superpowers: The ability to generate and control magnetic fields

Magneto’s character, like many others in the superhero world, is not etched out in black and white. His actions are dictated by the suffering he experienced as an adolescent during the Holocaust at Auschwit. It would be wrong to call Magneto insane, in the sense of not being criminally responsible. Films have tried to portray Magneto as a man who believes that direct action will save his people from annihilation, a sort of dark counterpart to Xavier (played by Patrick Stewart) who believes good examples and dialogue will save mutants. He regards mutants as superior to humans in terms of evolution and is against the idea of peaceful human-mutant co-existence.