John Wick 3 is supercharged with violence and virtuosity

Dumb as dirt and twice as filling, John Wick: Chapter 3 is a symphony of dazzlingly sterile, cartoonish abuse 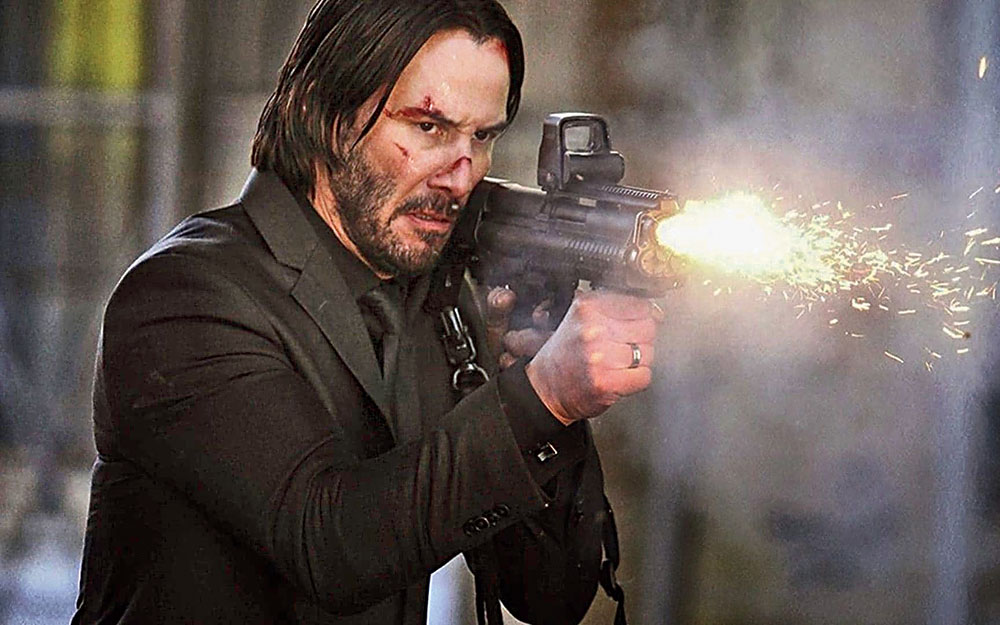 In John Wick: Chapter 3 — Parabellum, guns have more dialogue than its hero and more capacity than seems technically possible, the spraying of bullets interrupted mainly to showcase another lethal weapon. Even more than its predecessors, this third installment in the reluctant-assassin franchise is, like most modern action movies, perfectly attuned to the needs of the foreign markets where most of its money will be made. Bangs and grunts and body slams do not require subtitles.

John himself (still embodied, to mechanistic perfection, by Keanu Reeves) is a man of so few words that he seems less the movie’s star than its wrecking ball — a human Cuisinart pulverising an unending supply of foes. Their numbers are now legion, thanks to the multimillion-dollar bounty placed on John’s head by the global society of villains known as the High Table. Having broken its rules in the previous movie by offing someone in the criminal sanctuary known as the Continental Hotel, John has been excommunicated. Now, he’s off and running through a teeming, gleaming Manhattan night, every hot-dog seller and hobo his possible executioner.

Dumb as dirt and twice as filling, Chapter 3 is a symphony of dazzlingly sterile, cartoonish abuse. Directed once again by Chad Stahelski, the story travels to Casablanca and the Sahara as John calls in old markers and the movie racks up guest stars: Anjelica Huston as a scary trainer of ballerina-assassins; Halle Berry as a former acquaintance with very particularly skilled dogs. Yet many of its interactions, continuing the franchise’s emphasis on arcane ciphers and symbols, will mean little to those not already inducted into a war that kicked off two movies ago because of John’s murdered pooch.

That first John Wick came along like a fluke — a shallow, sharp, shiny object with its own internal logic and idiosyncratic style. This time, the fight choreography is even more staggeringly accomplished: ridiculously sleek fandangos of destruction. A lengthy battle with a blade-happy sushi chef (the amazing Mark Dacascos) is mind-blowing; yet I’d have preferred more time among the tattooed, tight-skirted secretaries at High Table H.Q., messing with their vintage switchboard and John’s status updates. Clearly, that’s where the real work gets done.

More and more, movies like this make me nostalgic for the days before franchises were virtually guaranteed, before every innovative idea had to be given a makeover, a pat on the behind and turned out to make more money. In Chapter 3, the violence has been supercharged, and so has the virtuosity. At a certain point, though, the carnage becomes deadening, its consequences no more than soulless tableaus of damage that encourage disengagement.

Reeves, however, has finally found his home. His character might have been forced to mutilate his hand to repay a debt, but by Chapter 4 he’ll probably have mastered the harp. Or turned one into a weapon.

“All of this, for what?” the ballet mistress asks a desperately wounded John. “Because of a puppy?” By the look on his face, she’d do well to believe it.