Is Donald Trump a rapist?

Because he is never held accountable, many are settling into a functional numbness. That is where a society loses itself 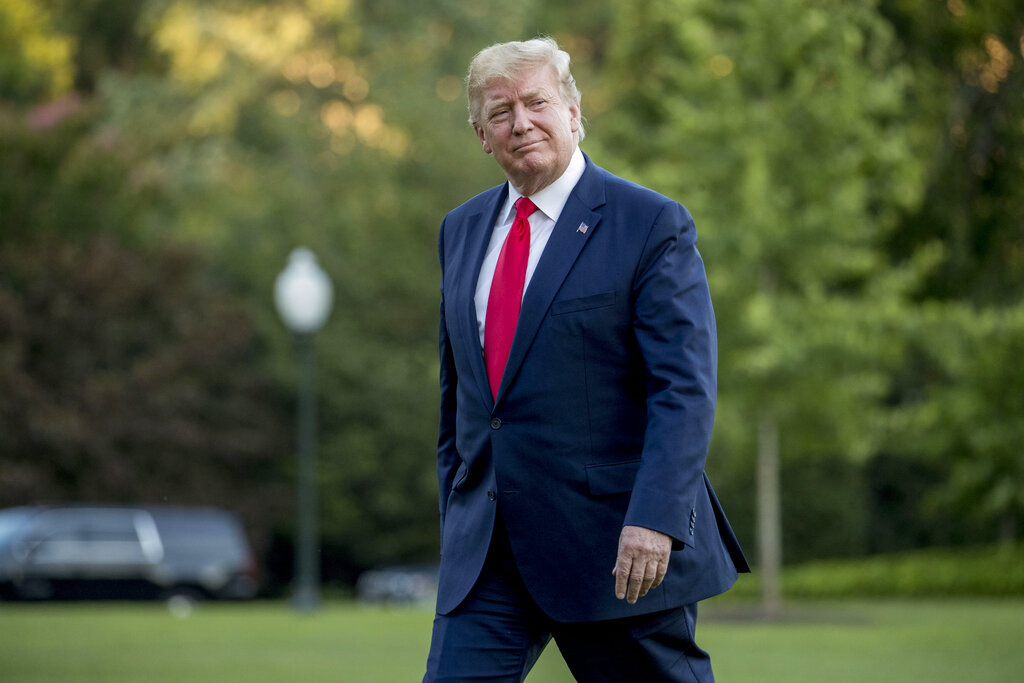 This president acts as if he is above the law, or is the law. He lies and he cheats and he bullies. He is hateful and rude and racist. He talks about women to whom he is attracted as if they’re objects to be possessed and about women who dare to challenge him as enemies who must be destroyed.
(AP Photo)
Charles M. Blow / New York Times News Service   |     |   Published 02.07.19, 03:22 AM

I am simply disgusted by what’s happening in America.

My political differences with this president and his accomplices in Congress — and now on the Supreme Court — are only part of the reason. Indeed, those differences may now be the lesser reason, and that, for me, says a lot.

For me, the reason is that the country, or large segments of it, seems to be acquiescing to a particular form of evil, one that is pernicious and even playful, one in which the means of chipping away at our values and morals grow even stronger, graduating from tack hammer to standard hammer to sledgehammer.

One thing that should never be underestimated is a politician’s clawing instinct toward self-preservation. These disciples of flexibility have learned well that the trees that remain standing are those that bend best in the storm.

Trump is to them a storm. But, to many of us, he is desolation, or the possibility thereof.

But, because nothing changes, because he is never truly held accountable, too many Americans are settling into a functional numbness, a just-let-me-survive-it form of sedation. But, that is where the edge of death is marked. That is where the rot begins. That is where a society loses itself.

Take for instance the latest sexual accusation against Trump: Advice columnist E. Jean Carroll alleges that Trump sexually assaulted her in 1995 or 1996 in a Bergdorf Goodman dressing room. Carroll doesn’t call it rape, but rape is what she describes.

Carroll writes that Trump “pushed her against the wall, pushed his mouth against her lips, then pulled down her tights, unzipped his pants and forced his ‘fingers around my private area, thrusts his penis halfway — or completely, I’m not certain — inside me,’” as The New York Times reported it.

And now remember that the alleged perpetrator is now the president. And, remember that Carroll is by no means alone; a chorus of other women have also accused Trump of sexual misconduct.

But, Carroll’s account stands out for its brutality and severity.

And yet, her account landed like one more body on the pile in a mass grave: reduced by the multitude of other accusations rather than amplified by them.

There was media coverage of Carroll’s accusation and social media discussion of it, but it never truly sufficiently sunk in and gathered the gravity it deserved.

Then Dean Baquet, executive editor of The Times, even said this newspaper “underplayed” the article it published on the accusation.

And Trump, in his swelling depravity, responded to the allegations by telling The Hill: “I’ll say it with great respect: Number one, she’s not my type. Number two, it never happened. It never happened, OK?”

Well, sir, which type for you is rape-worthy?

To you, America, I ask: What is the breaking point? Is there a breaking point? Does nothing now matter that used to matter? Do we simply allow this accusation to pass like all the others, using the limping excuse that whether or not the man who sits in the Oval Office is a sexual predator or not, he was sufficiently litigated in the 2016 election?

A sickness has settled on this country. We are stuck in a stupor. People have settled in themselves that the only remedy is at the ballot box in 2020, mostly because that is what they are incessantly being told.

And just a few days on from the rape allegation, the news of the moment has shifted. We eagerly anticipate a sorting to emerge from the Democratic debates, anticipate Robert Mueller’s testimony before Congress and anticipate Trump’s performance in Asia.

Donald Trump is running concentration camps at the border

How to weigh one woman’s tale of victimization — or that of multiple women — by Trump against a world being driven into chaos by Trump? Mustn’t our concern shrink relative to our concern for the rest of humanity? In a life in which the human capacity for outrage is limited and wanes, mustn’t we aim it at the most egregious offense?

I say that this allegation, if true, is the most egregious offense. Not the most deadly or having the most consequences for future generations, but absolutely the most revelatory about character, privilege and abuse of power.

This would be an act of the most intimate violence performed by the man who is now president himself, flesh to flesh, not with the numbing distance of a signature on an executive order or an offense screamed out at one of his rage rallies.

This president acts as if he is above the law, or is the law. He lies and he cheats and he bullies. He is hateful and rude and racist. He talks about women to whom he is attracted as if they’re objects to be possessed and about women who dare to challenge him as enemies who must be destroyed.

Carroll’s allegation fits the behaviors that have been established or alleged. America owes it to itself to deeply ponder it, and possibly hear sworn testimony about whether it’s true.

Or, conversely, America can simply sleepwalk its way to the polls in 2020 hoping the world is still intact when it opens its eyes.