Advertisement
Home / Opinion / In India, even pollution is communalised

In India, even pollution is communalised 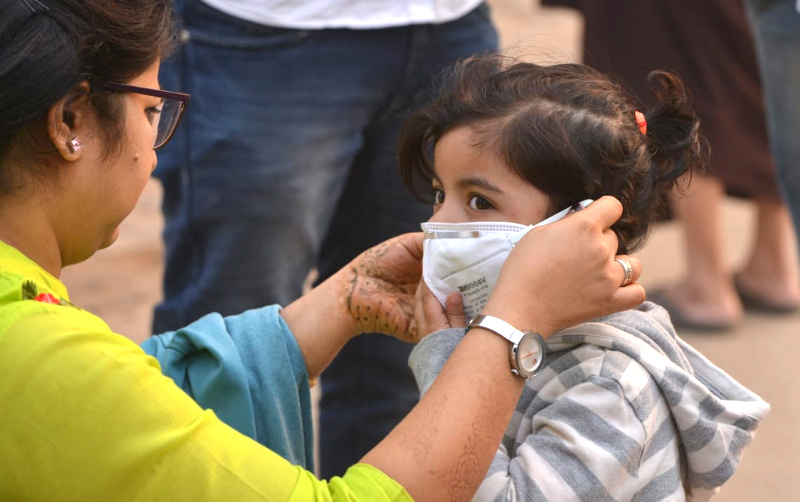 A mother helps her child wear a mask to protect her from the smog in New Delhi. India ranks 177 out of 180 in the Environmental Performance Index
Prem Singh
The Editorial Board   |   Published 11.11.18, 01:53 AM

Fair is foul and foul is fair in this country full of fog and filthy air. India is, once again, choking on the fumes of revelry. The festival of lights — or is it one of smoke? — has come and gone and like every other year Indians have been left gasping for breath. The focus has thus shifted to poor air quality. But is noxious air the only poison vitiating Indian skies? Pollution, in all its forms — environmental, social, cultural and political — runs deeper. The human agency in each kind of poisoning of India is palpable. There is at least a raging discourse on environmental pollution — rightly so given the pace at which the world is hurtling towards a climate catastrophe. Monitoring the steady corrosion of society in order to rid it of toxic practices is seldom factored into the dialogue on cleansing the nation.

Hatred can spread as quickly as carbon monoxide; communalism and corruption can be as corrosive as nitrogen dioxide; caste and identity politics can penetrate the social system as deeply as the particulate matter does the respiratory organs. There have been interventions against environmental pollutants — a patchy ban on plastic, political gimmicks in the name of cleaning India’s dying rivers and restrictions on polluting vehicles. The venom in the veins of Indian society seems to have continued to spread surreptitiously. Take, for instance, the infusion of certain ideologies into the formal curricula by those on the right and the left. Is this not as threatening as the felling of forests? Just as trees absorb harmful emissions, knowledge neuters contaminants infecting civilisation. India ranks 177 out of 180 in the Environmental Performance Index. Evidently, it fares as poorly — ranking fourth, after Syria, Nigeria and Iraq, in a 2017 Pew Research Center study on sectarian violence — on indices that measure hate and inequality. So deep are the roots of such divisions that even pollution is being communalised. The recent verdict by the Supreme Court restricting the time period for bursting crackers has been criticised by some members of the Bharatiya Janata Party because such strictures apparently ‘target’ only Hindu festivals.

It would be a grave mistake to think that pollution of the natural and social spheres are unrelated. The purity of the soul of the nation is not very different from the vigour of its natural environment. Indifference to all-too-evident iniquities in wealth, education and health of millions of people is as condemnable as the apathy that allows the dumping of hazardous waste into — holy? — rivers. What undermines institutional efforts to check environmental degradation and cure India of its social evils is a pervasive lack of political will. So far, a top-down approach has been taken to arrest the malignancies. But is there a case for sensitising the public discourse to the shared links between environmental and social pollution? That could be one way of facilitating a cogent, effective response. But those charged with the task of cleaning nature and society — politicians, bureaucrats, and the law enforcement — are unlikely to act on this. Is that because they are instrumental in poisoning India?

Why the death of Ganga activist Sanand should alarm us