Morality has become obsolete in politics

The aftermath of the Haryana and Maharashtra polls demonstrates this 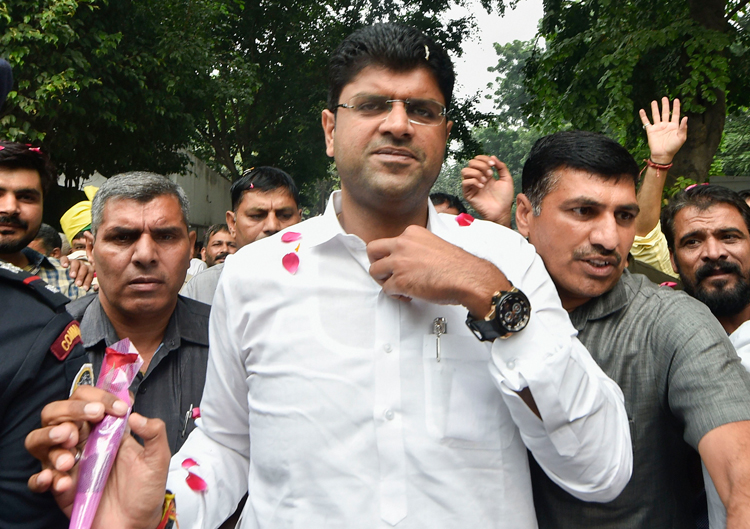 The morality underlying the system of parliamentary democracy is simple. That people get the government for which the majority have voted. Perhaps it is too simple. Certainly it has no defence against the manipulations of politicians who are more interested in power — the enjoyment of power in perpetuity in some cases — than in the good of the country or the people’s welfare.

It is under this darkening moral sky that Haryana’s new government has been sworn in after the assembly election results for it and Maharashtra were declared on October 24. Since not even the insatiably hungry Bharatiya Janata Party had done well enough to gain majority on its own in Haryana, the field was laid open to non-democratic transactions. The BJP is neither the first nor the only party to engage in this game; it has learnt from its predecessors. But it goes furthest in its determination to win, or to seize the desired chair at any cost, even if the people’s vote is against it, as happened in Goa in 2017. A non-BJP single largest party can be left behind when the BJP streaks ahead to acquire allies among other parties and become a larger coalition. Manipur and Meghalaya have experienced this, while Karnataka now knows what it is to have elected representatives moving over to the BJP so that the elected government falls. But the BJP plays with morality without letting go of its holier-than-thou pure-as-driven-snow image. It is rather funny that Uma Bharti, one of the reported observers of the Babri Masjid demolition, reminded the party of its moral purity when, in order to govern Haryana, it was looking for an alliance with Gopal Kanda, charged with abetment to two suicides and other crimes. The BJP, however, ultimately tied up with Dushyant Chautala’s Jannayak Janata Party — more moral than Mr Kanda, since only Mr Chautala’s father and grandfather are in prison. Criminal once removed? The BJP touch has begun the purification process too. Mr Chautala got his father out on bail immediately after the blessed alliance.

The Shiv Sena in Maharashtra may be nurturing fancies of its own high moral stature; for the time being, it is holding the BJP to its alleged pre-poll promise of 50-50 power-sharing as a condition of alliance, while Devendra Fadnavis flatly denies that the BJP made any such promise. Who are those that fall out? Perhaps more transactions are in the offing. Morality is rather an obsolete term in any case. The Nationalist Congress Party and the Congress seem not averse to joining the Shiv Sena in order to keep out the BJP, in this case the largest single party. Would voters for the NCP and the Congress endorse the parties’ association with the Shiv Sena’s ideology, closest to the BJP’s, proved by those two parties’ long alliance? The Shiv Sena has no qualms about flaunting its new friends to bargain with the BJP either. It is now up to the people to return their leaders to the moral principles that underlie their roles in government and Opposition.

Another Dushyant forgets another Shakuntala