Political populism has hurt the economy 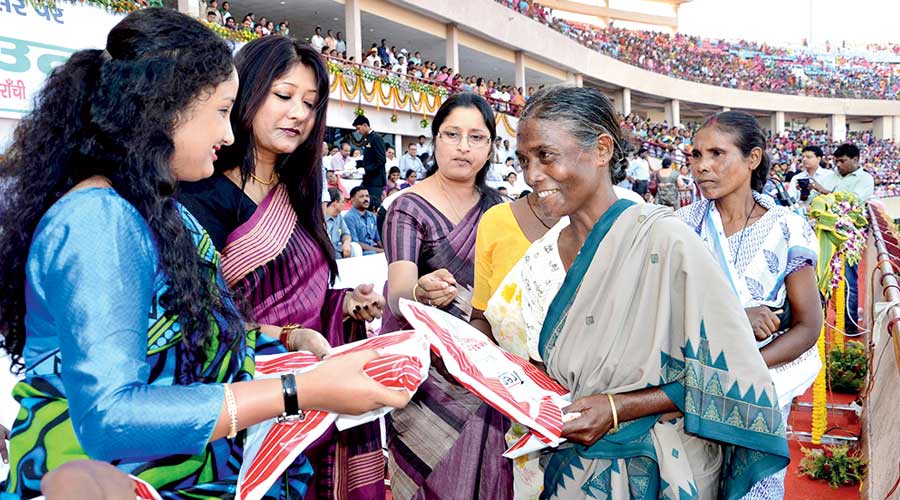 It has been five days past the results of the assembly elections. Yet, petrol and diesel prices remain unrevised so far. An increase on March 7 was universally anticipated but that did not happen. Then, it was thought that the adjustment would follow the verdict on March 10. But that didn’t happen either. Belying all expectations, the Centre, which now has the political space to raise oil prices, hasn’t stirred. Why? The fear is not political but of confronting hard choices. It is unable to decide. Hard times are unavoidable no matter what it chooses.

An oil shock hits import-dependent India badly. It pushes up inflation and the import bill, deprives the government of revenue, and poses trade-offs that are a policymaker’s nightmare. Managing its fall out on prices, profits, and tax revenues is difficult at the best of times — when the economy is growing at a healthy pace, inflation is moderate, and the fiscal position is sound. Dealing with it when it follows a pandemic’s unique tremors and, before that, a growth crisis and economic slump is a monumental challenge. In reality, India’s growth is struggling to emerge from the coronavirus’s wreckage, its public finances are in dire straits, and monetary policy is under pressure to prevent inflation from spiralling because even though pandemic conditions no longer apply the geopolitical risks have magnified. The government’s recovery plan budgeted a hefty increase in capital expenditure last month for infrastructure and job creation, severely pruning current spending for the purpose.

One choice for the government is to hike diesel, petrol, fertilizer and other related prices, passing on the burden to the public while preserving the planned capex. It would then have to deal with the consequences — further rise in inflation with wider effects, direct and indirect. This will invite monetary action from the Reserve Bank of India, paying heed to additional external risks and investors’ aversion. Bank loans would get pricier for corporates and individuals who will also pay higher prices for goods and services. Real incomes of households and producers’ margins will be squeezed, denting consumer spending and sales, lowering GST and other tax revenues, in turn, and expanding further the big gap with expenditures to worsen the government’s fiscal position. Along with added inflationary pressures, it would be unwise to raise the country’s fiscal risk in a difficult, uncertain global environment. Spending cuts would be necessary, disrupting the plan to recoup growth as the axe will have to fall upon capital expenditure. Overall outcome would be the slowing down of GDP as a result of lowered consumption and public and private investment.

Alternatively, the second choice for the government would be to absorb the oil price hike. That is, not raise retail prices and protect incomes of households and firms. The positive part of this choice is that an inflation spike and higher interest rates are both avoided, while consumption and private investment are shielded from the oil shock impact. However, because the burden falls upon the government’s balance sheet, it will lose revenue as fuel levies fetch less while expenses for petroleum and fertilizer subsidies increase. Even if oil companies take the hit by compromising margins, as they already are, it feeds back in the form of reduced dividend payments to the government. Implications of rejigging expenditures within the budget constraints are similar to the first choice for recovery plans — reducing capex to accommodate higher subsidies that are a part of revenue or current expenditure, which has been trimmed to barebone for the former.

A mix of the two — some price hike to distribute the pinch across all sectors of the economy — would lead to the same aggregate outcome, no matter the pain-sharing.

As we can see, hard times are unavoidable because there are only hard choices. There are no free lunches. Many would be aware that analysts have revisited India’s GDP growth, inflation and current account forecasts in the wake of the sharpshooting crude oil prices triggered by the Ukraine-Russia war sanctions and related developments.

Could this be any different? Of course. As the burden of extreme oil price spikes eventually falls upon the government that is also responsible for ensuring macroeconomic stability along with the central bank, the focus would naturally be upon public finances. These are, as noted, in dangerous territory, and had descended there even before the coronavirus shock. Sparsity of financial resources previously limited fiscal support during the pandemic, while even the meagre help, including enhanced food subsidy expenses, was financed by large borrowings, increasing indebtedness. A better balance sheet position — some savings or a smaller gap in revenue-expenditure and lower debt share in the national income — would have enabled a stronger response without increasing vulnerabilities. For instance, increased spending to offset the pinch of raised costs and lower revenues without risking the resilience of the government balances and that of macro instability.

Since we are talking of oil prices, its useful to remember their reverse and deep plunge some years ago, to as low as $28 bbl in January 2015. Over 2015-17, the price of the Indian crude oil basket averaged about $47 bbl annually, less than half of this March’s range of $100-115 bbl. Then, little benefit in the form of lower fuel prices was given to the public, while gains in the form of robust fuel tax revenues were largely cornered by the government. It built no buffers against the present hit or that of coronavirus before; the fiscal position continued to erode to its precarious condition today.

The balance sheets of governments, those of the Centre and of the states, have never been bolstered in good times: a sound policy practice. Rather, the trend, increasingly at both levels of government, is of a steady stream of new populist offerings and schemes, ranging from free electricity, cash handouts to specific groups, and more. In the recent instance of electoral success, talked of in the context of oil shock, political commentary attributes this in significant part to the array of welfare spending and other giveaways. The increase and persistence of freebies and such practices, without an eye to their affordability or impact on the sustainability of public finances, have ascended to another level altogether in the past one decade. The obvious fall out is that any crisis — financial, a pandemic or an oil shock — always catches an economy by its fiscal tail. Hence the hard choices portend hard times.