Why we need a tomb of the unknown civilian 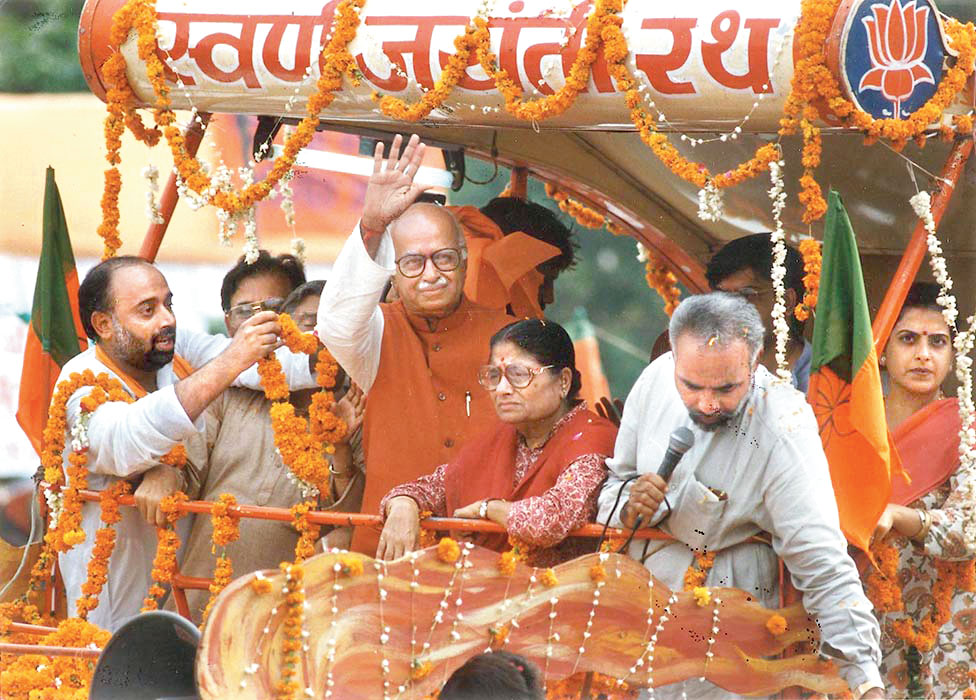 For Indians of my age, the Supreme Court’s judgment in the Ayodhya case brought back many memories, not all of them pleasant. I was myself reminded of my own, first-hand, encounters with the violence and bloodshed unleashed by those who wished to bring down the Babri Masjid and replace it with a temple to Lord Ram in Ayodhya. These encounters took place in and around the town of Bhagalpur in November 1989, exactly 30 years ago as I write.

As historians of the dispute have documented, much of the violence occurred during L.K. Advani’s rath yatra of September-October, 1990. However, for all the devastation that the march wreaked, the bloodshed did not begin with it. That dubious honour must be accorded to a programme launched exactly a year prior to that.

This was the Ram shila pujan, begun by the Vishwa Hindu Parishad in September 1989. In preparation for the day when the mosque would be brought down in Ayodhya, the VHP conducted a series of brick worship ceremonies in villages and towns across the country. The bricks consecrated in these places were to be sent to a central storehouse, to await the day when they would be used in the construction of the Ram temple in Ayodhya itself.

The brick worship ceremonies were an idea at once brilliant and diabolical. Through them, it was hoped, Hindus everywhere would come to feel a sense of kinship with the temple-building project. However, in seeking to bring together devotees of Lord Ram under a common platform, this programme also created an opposition between them and those Indians who were not so enthusiastic about a mosque being demolished to make way for a temple.

The Ram shila pujans quickly polarized opinion in the cities, as well as social life on the ground. In October, 1989, a major riot broke out in the town of Bhagalpur in Bihar. The Ram shila pujans clashed with the Shia festival of Muharram. The participants in these two processions met in the streets — first with words, then with stones and swords. The violence escalated, and spread to the countryside. The Muslims suffered far more than the Hindus, for they had fewer men, fewer weapons, and much less influence over the local police.

The Bhagalpur riots were the worst Hindu-Muslim conflagration in living memory — in fact, the worst since the Partition violence of 1947-48. More than 1,000 people died, at least two-thirds of them Muslim. Shortly after the riots broke out, a group of academics in Delhi University decided to go on a fact-finding mission to Bhagalpur. They asked me to join, and I did.

It is now 30 years since I visited Bhagalpur. I did not take notes on what I saw. But some memories remain. One is of a village of Muslim weavers, in which half the houses had been burnt, and all the looms smashed. The savagery of the violence was total and chilling. It was the handiwork of Hindus, my fellow Hindus.

Since the Bihar police could not be trusted, an army detachment had camped at the edge of the village to give it protection. Most of the villagers had fled anyway. A few remained, disconsolately picking up their belongings.

A second memory is of the home of a rich Muslim silk merchant in Bhagalpur town. It had many rooms and a large compound, with a lawn at the back and front, and plenty of litchi trees at the sides. The bungalow housed several dozen refugees, and the compound several hundred others, living in tents. November was now shading into December; the refugees, a cloth tent over their heads, and a blanket apiece supplied by kindly co-religionists, would have to fend off the cold.

The merchant was named Khan. He told us that the administration had done absolutely nothing for the riot victims. A religious body, the Jamiat, had housed some refugees in its buildings, and he was taking care of the rest. Khan spoke of the State’s neglect with sorrow and remorse, but not anger.

I do not know whether Advani visited Bhagalpur after the riots. Even if he didn’t, he surely must have read and heard of them. Nonetheless, a year later, Advani rode in a Toyota van northwards from Somnath, poisoning the air and further polarizing society as he went. He was stopped short of his ultimate destination, Ayodhya, but by then he had caused enough mayhem anyway. Thousands of innocent Indians — mostly Muslims — died as a result of Advani’s adventurism, prompting one commentator to rename the ‘rath yatra’ as raktyatra, a journey of blood. Two years later came the demolition of the Babri Masjid, which prompted even more widespread violence, extending all the way south from Ayodhya to the city of Bombay, leaving a trail of devastation in its wake.

A few weeks after the Babri Masjid came crashing down, I was participating in a march for communal harmony in New Delhi. Walking next to me was the sociologist, Shiv Visvanathan. The march was led by a couple of Buddhist priests, who with a gong and chants kept up a steady, soothing sound that set a suitable tone for what was otherwise a silent affair, with no posters and no slogans. We walked towards India Gate, and as we passed the monument to soldiers who had perished in the First World War, Shiv Visvanathan said to me: “What we now need most is a ‘Tomb of the Unknown Civilian’.”

The monument at India Gate has names of individual soldiers on it — as do other such structures across Europe and North America. But since the names of so many others who perished in the First World War were unknown, an initiative to honour them took fruition. This was the Tomb of the Unknown Soldier, that was inaugurated in 1921 in Arlington, just outside Washington DC. This memorial sought to remember all those who had died in the World War of 1914-18, without leaving their names behind.

It was this that Shiv Visvanathan was referring to when he said that the republic of India needed a Tomb of the Unknown Civilian. Just as poor soldiers have died in battle because of the greed and intrigue of their political masters, so have innocent civilians caught in the middle of communal conflagrations. From the Bhagalpur riots in 1989 to the Gujarat pogrom of 2002, tens of thousands of Indians who had absolutely no connection with the property dispute in Ayodhya perished because of it. No other ‘title suit’ in Indian (or global) history has been remotely as destructive of human life and human livelihoods.

The thousand-plus page judgment recently passed by the Supreme Court digs deep into history and archaeology, but passes over the series of (relatively recent) riots caused by the dispute. However, the lordships do refer several times to the imperatives of ‘justice, good conscience and equity’. I shall leave it to more learned scholars to decide whether the judgment satisfies the first and third of these imperatives. Here, let me focus on the second. The conscience of the republic obliges us to remember, respect, and honour the memory of the thousands of men, women and children who had nothing at all to do with the Babri Masjid yet were killed because of it. But how best can we do this? Perhaps by belatedly acting upon Shiv Visvanathan’s inspired suggestion, first offered a quarter of a century ago.

Let some Hindus build a grand temple in Ayodhya, triumphantly. Let some Muslims build a grand mosque in or outside Ayodhya, resignedly. More than any of these religious structures, what justice and humanity requires in this case is a Tomb to the Unknown Civilian. I wish the Supreme Court had ‘ordered’ its construction too.