This verdict closes the door on the politics of hatred: Congress chief Randeep Surjewala 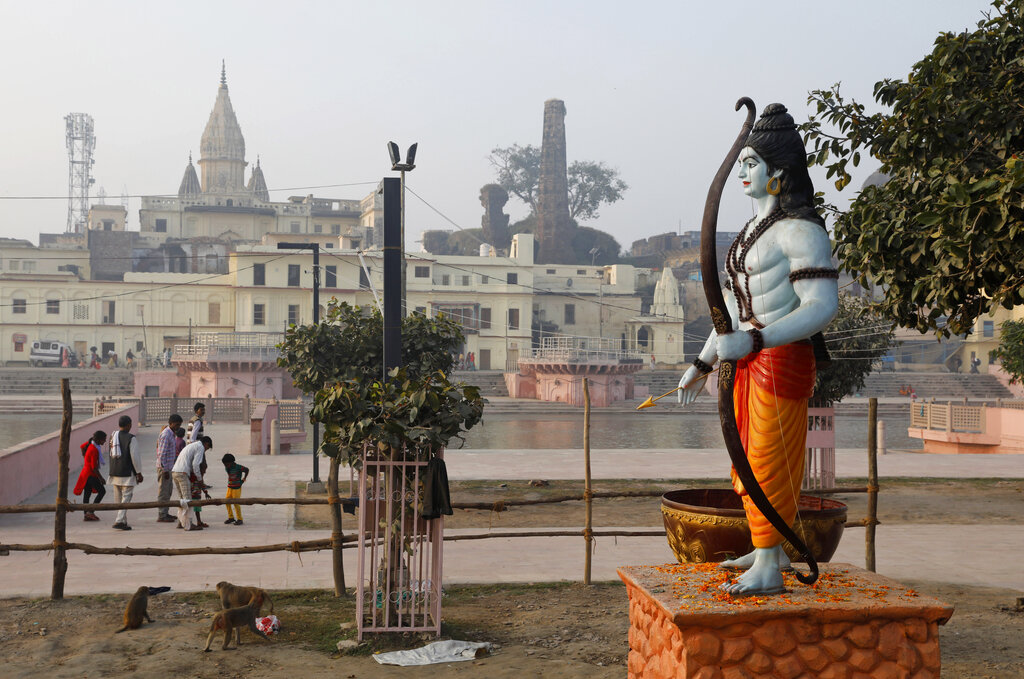 The Supreme Court’s Ayodhya verdict has made the Congress and some other Opposition parties spy a ray of hope that if it leads to the closure of the long drawn out dispute, it might help blunt the Sangh parivar’s “Hindu-under-siege” narrative that it has effectively deployed for decades to mobilise voters on religious lines.

Although the Opposition leaders know the judgment will not forbid eruption of newer disputes, there is a firm belief that the efficacy of the false narrative that Hindu honour is in danger because of minority appeasement will get significantly reduced.

The perception that Hindus were prevented from building a temple at the birthplace of Lord Ram was politically saleable to the masses who barely understood the nuanced positions of secularism and constitutionalism.

Congress communications chief Randeep Surjewala told a media conference: “This verdict closes the door on the politics of hatred; the forces that used Ram temple as a tool to divide communities won’t be able to do that now.”

Surjewala repeated what the Congress has been saying for decades: “Lord Ram is a symbol of dignity, morality and sacrifice. It is not a tool to be used for political agenda.”

The indisputable fact is that the temple issue was used as a tool for political mobilisation and the Opposition parties failed to counter the Sangh parivar, relying with vague expositions on separation of religion and politics on the distinction between the religious individual and the secular citizen. The question put forth by the Sangh parivar and the BJP — where Ram temple should be built if not in Ayodhya — was more appealing than the complex counter-narrative.

After five day of discussions among the RSS, BJP, Vishwa Hindu Parishad (VHP) and other Sangh parivar outfits at Nagpur in 1987, a statement issued had boldly declared the aggressive intent that would shape the future politics. “The political perversion of pampering and aggravating the minority complex, threatening the very fabric of nation’s unity and its ethos, can be cured only by an enlightened Hindu electorate,” the statement had said.

Although Hindu identity has always been the BJP’s driving force — the same as that of its previous avatar Jan Sangh — the explicit link between religiosity and electoral politics harbingered a new chapter in Indian politics. This was followed up in 1989 by the Palampur resolution passed at the BJP’s national council in Himachal Pradesh, which said “the BJP holds that the nature of the controversy is such that it just cannot be sorted out by a court of law….”

The resolution asked the government to hand over the land for construction of a grand temple, following Jawaharlal Nehru’s footsteps in the context of the Somnath temple in Gujarat.

The BJP, which had joined the V.P. Singh government in 1989-90, raised the Ayodhya issue with full force by linking it to Hindu honour and nationalism. The political context for the heightened agitation was already set up by the Rajiv Gandhi government in 1986, when the response to the Shah Bano verdict and the opening of the locks of the disputed site in Ayodhya symbolised the readiness to mix politics with religion.

The VHP was leading the Ram temple agitation but the then BJP president, L.K. Advani, took out the rath yatra in September 1990, bringing the Ayodhya issue to the centre of national discourse.

When Prime Minister V.P. Singh’s appeals for restraint fell on deaf ears, he implemented the Mandal Commission recommendations, giving 27 per cent reservation to Other Backward Classes (OBCs), a move primarily aimed at defeating the BJP’s efforts at using a “united Hindu community” for electoral gains.

After the abrupt fall of the V.P. Singh government, the Congress wielded power through a Chandra Shekhar-led coalition but its decline in the Hindi heartland, affected by the Ram temple movement, started as Advani’s chariot was backed by powerful propaganda in the media of Uttar Pradesh and Bihar.

This electoral trend climaxed when the Babri Masjid was demolished in 1992 when Congress leader P.V. Narasimha Rao was Prime Minister.

Incidentally, this was the time when the Nehruvian vision weakened with the advent of economic liberalisation and the Congress went on a downhill journey following the assassinations of Indira Gandhi in 1984 and Rajiv Gandhi in 1991.

This was the time when concerns over Islamist terror began to vex the world and secessionist movements in Punjab and the Northeast gave credence to the “Hindu-under-siege” narrative. Ironically, the circulation of local Hindi newspapers jumped from 3 million in the 1980s to 24 million in the 1990s; and television serials like Ramayan and Mahabharat cast a spell in countless drawing rooms the country.

This was the time when Indian nationalism paved way for Hindu nationalism. The choice of Lord Ram, the warrior God, as the symbol of Hindu resurgence helped the RSS-BJP in building up a militant Hinduism as opposed to Gandhian tolerance and Nehruvian secularism.

Although the BJP also grappled with political untouchability during the post-Babri demolition phase when the secular-communal binary dominated the national political discourse, its appeal multiplied primarily on the force of Hindutva sustained by the Ayodhya dispute.

The BJP, which thrived in the bellicose rhetoric of saffron activists like Sadhvi Rithambara, later tried to distance itself from the actual act of demolition but never atoned for building the movement that led to demolition.

The Congress, during the same phase, was branded by the Sangh parivar as pro-Muslim. While the Congress lost the support of upper caste Hindus to the BJP, it lost the sympathy of Muslims to smaller parties like the Samajwadi Party, BSP and the RJD which didn’t have to worry about political balancing.

While the party leadership was largely cluelees as to how to deal with BJP’s strident pro-Hindu posturing, the Congress was ruthlessly beaten with allegations of soft-Hindutva in the struggle to regain the ground.

The sense of relief expressed by the Congress may be premature as the RSS-BJP is bound to exploit Hindu sentiments for some time more. The only consolation is that the BJP will now be speaking from the position of strength, which is politically not as effective as the “Hindu-under-siege” fear.