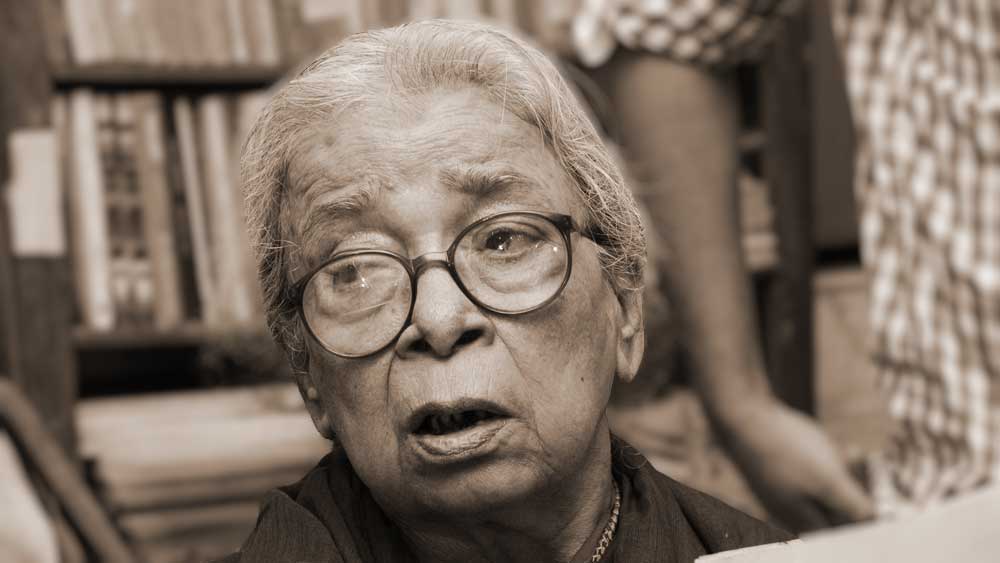 The Oversight Committee dropped Mahasweta Devi’s classic story, “Draupadi” and works by two Dalit women writers, Sukartharini and Bama, from the English literature syllabus of Delhi University, replacing these with the work of an upper-caste writer, Ramabai
File photo
The Editorial Board   |   Published 31.08.21, 01:09 AM

Changes in education, in system and content, seem to be gathering momentum. The Bharatiya Janata Party-led government at the Centre is busy imposing its views and values on syllabi without bothering about facts or disinterested learning. The BJP is not the first to tweak syllabi; this has always been the tendency of ideology-based parties. But the recent changes to the undergraduate history syllabus are not a tweak or two: the BJP is changing not only the interpretation of the past even if it means devaluing facts — downplaying medieval history, for example — but, more dangerously, the concept of the subject, too, by tilting it towards myth and religious texts. The latest changes, however, were made in the English literature syllabus of Delhi University. The Oversight Committee dropped Mahasweta Devi’s classic story, “Draupadi” and works by two Dalit women writers, Sukartharini and Bama, from the course, replacing these with the work of an upper-caste writer, Ramabai. This was done without going through any of the expert bodies of the university, including the committee of courses and standing committee, and was pushed through in spite of the objections of a number of academic council members. Since “Draupadi” describes the rape of a scheduled tribe woman by army officers and her defiance of them through a display of her body when they order her to ‘cover up’, it was presumably unacceptable — and disrespectful to the military. The removal of Bama and Sukartharini’s works needs no recondite explanation. Their replacement by an upper-caste writer’s work is enough.

The attempt to erase the harsh realities of existence in India, into which literature affords entry and encourages reflection, is only one aspect of these changes. It is part of the BJP’s agenda to devalue Dalits as subjects and producers of literature, and silence women who speak truth to power through their creations. Instead, the BJP would like literature to be tales of hope and optimism in difficult times that allow a ‘magical escape’, as the vice-president put it recently. Such fairy-tales would be unlikely to have Dalits and custodial rapes. But the project to sanitize a literature syllabus does not match the BJP-led state governments’ enthusiasm to get the 50 per cent cap on reservations lifted. Votes, evidently, are one thing, and academic indoctrination quite another.