In spite of the popularity of the digital medium, it remains vulnerable to politicization 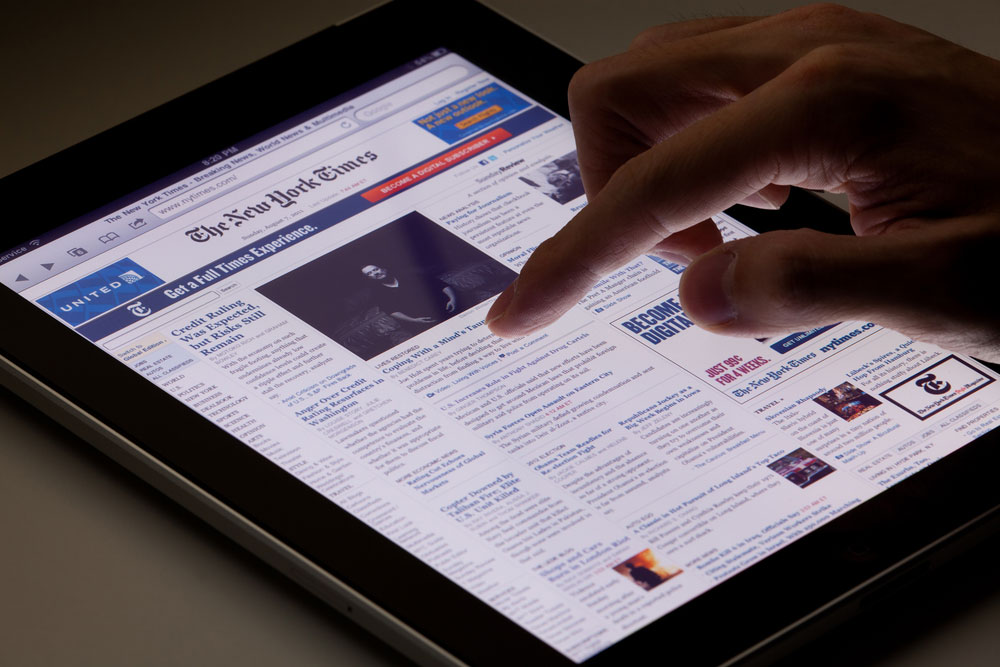 A large section of Indian users rely on digital news. The Reuters report indicated that people under the age of 35 prefer online news, including those on social media, over print by a significant margin.
(Shutterstock)
The Editorial Board   |   Published 29.03.19, 02:21 AM

The fight for the right to privacy must be ceaseless

Proposed IT Act amendment would undermine right to free speech

The digital media are increasingly being touted to be the future of information and communication. Along with this assertion, however, comes an important question: will such a digital future be both free and inclusive? A report by the Reuters Institute throws up some worrying figures in response to this question. Among other factors, it found that 55 per cent of Indians who read news in English are hesitant to air their political views online because they fear that doing so will “get them into trouble with the authorities”. This fear is not misplaced: the report points out that at least 17 people in the country have been arrested since 2012 for posting material online that was considered ‘offensive’ to a political leader. The implications of this are deeply worrying, for they indicate a steady erosion of the right to free speech and dissenting opinions that are fundamental to the health of a democracy. The public discourse on digital media is primarily, and understandably, concerned with the question of privacy. Facebook, which admitted to a security breach last year that adversely affected nearly 50 million users, may be directed by the Federal Trade Commission to pay a record-setting fine for its mishandling of user data. Governments and watchdogs are thus having to force digital corporations to find solutions to the problem of privacy violations.

But privacy is just one of the many concerns. In spite of the popularity of the digital medium, it remains vulnerable to politicization. This is evident not only from the fears expressed by consumers with regard to airing their political opinions online but also by the actual number of times that punitive actions have been taken against citizens for doing so. Ironically, the same digital format that is designed to encourage an exchange of ideas and a wide cross section of views is being turned into a tool of surveillance and punishment by the nation states. A large section of Indian users rely on digital news. The Reuters report indicated that people under the age of 35 prefer online news, including those on social media, over print by a significant margin. No less than 68 per cent of the respondents identified smartphones as their main device for reading digital news. Such a large constituency is, however, susceptible to fake news. India has even witnessed mob lynchings caused by rumours spread through popular messaging apps. Given that the study also shows that 57 per cent of users worry about whether the news they read is real or fake, surely there is a case to be made for weeding out their anxieties while respecting citizens’ online privacy and right to free speech?