India has been reminded, once again, of the prescient nature of Tagore’s poetic vision 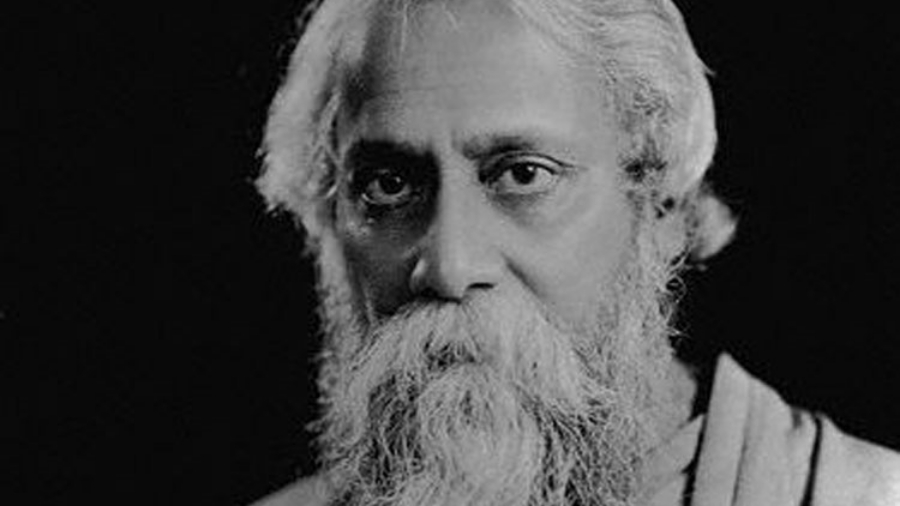 The endurance of human creativity was brought to light, once again, by the deliberations on a poem that Rabindranath Tagore had written 120 years ago
Wikimedia Commons
The Editorial Board   |   Published 09.08.20, 12:12 AM

Mortality is humanity’s Achilles’ heel. But the ingenuity of civilization is such that it has found a way around the problem. The body as a form may decay and die. But what is created through the mind’s eye can achieve immortality. This is because Art — that incandescent universe made up of enduring image, text and every other conceivable form of creativity — has, quite often, succeeded in defying the ravages of time. Poetry, verse or other manifestations of Art has the ability to speak across the frontiers of time and space. The truths they uphold are universal.

The endurance of human creativity was brought to light, once again, by the deliberations on a poem that Rabindranath Tagore — his 79th death anniversary fell on Friday — had written 120 years ago. “Deeno Daan”, part of an anthology of poetry titled Kahini, chronicles a sage telling a monarch that the shrine that he has built by spending a small fortune cannot, unfortunately, be christened as a house of god. This is because the temple, the sage says, was built in a year of great hardship during which the king — the sovereign of the people — had turned his gaze away from the welfare of his subjects. Deeno Daan is a remarkable testament to the prescience of Tagore’s poetic vision. The public reminiscence of this particular verse is also understandable. In a year of unprecedented hardship — a raging pandemic, economic downturn, communal conflagration, the march of migrant labourers, among other misfortunes, may have made the year, 2020, annus horribilis for India — the country has also witnessed, indeed celebrated, the inauguration of a grand shrine dedicated to one of its principal deities.

The politics of modern monuments in India and the world would reveal a curious contradiction. Some of the most imposing architectural projects have been undertaken in societies experiencing significant duress. The foundation stone of the imposing Victoria Memorial in Calcutta had been laid months after the controversial announcement of the partition of Bengal. The architectural transformation of Berlin in the 1930s, marked by the construction of imposing edifices, took place even as pluralist Germany hurtled towards embracing the spectre of Nazism. History, surely, is replete with many other instances of apathetic administrations and people gazing up at impressive monuments in a bid to avert their eyes from the proverbial burning ground. It can be argued with reason, as the Poet did in that memorable passage, that divinity cannot reside in such edifices, be they shrines or regal palaces. This is because god is best served by man by honouring the principles of service and compassion. Any structure, even an embodiment of the article of faith, that is created ignoring the plight of the weak, the defenceless and the marginalized — M.K. Gandhi’s metaphorical last man standing in a queue — runs the risk of undermining the philosophy of commiseration. Tagore, given his noble vision, had spotted the transgression. It remains to be seen whether the nation can emulate the revered Poet in this respect.