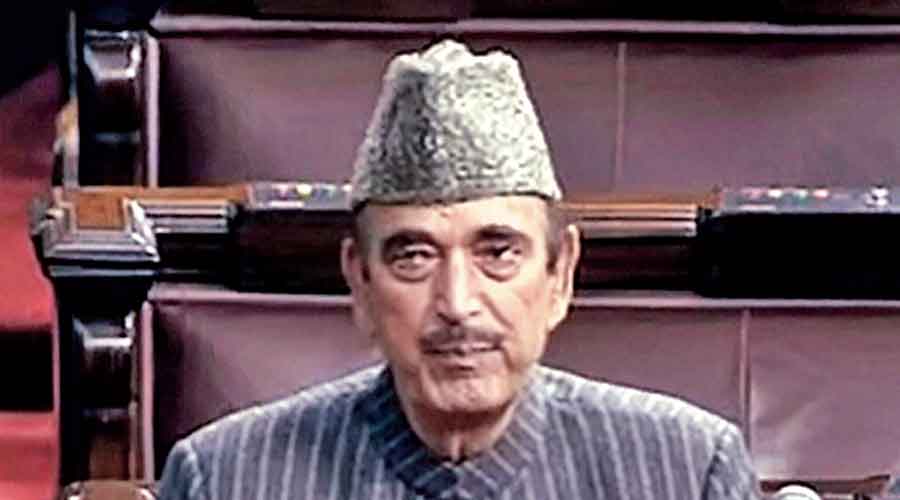 The exit of the veteran Congress leader, Ghulam Nabi Azad, from the Rajya Sabha has reignited unrest within the party as one section — infamous as the Group of 23 — believes the truce worked out by Sonia Gandhi in December has been violated. There are murmurs in the party that the efforts at reconciliation have stopped and the leaders of this group face discrimination at different levels on a daily basis. The level of distrust and bitterness between these leaders and the new coterie is so high that any unity of purpose is impossible. This divide is bound to tell on the restructuring processes and the election of a new party president slated to take place over the next couple of months. Many leaders privately confess a “deep sense of hurt” and argue that somebody as senior and loyal as Azad should have been treated with greater sensitivity. They feel that the leadership and its “current advisers” should have anticipated this situation and brought Azad to the Rajya Sabha from Rajasthan instead of the general-secretary in charge of the organization, KC Venugopal, who could have been nominated from his home state, Kerala, in April. One leader said, “Azad is too dignified to ask anything for himself but the party leadership could still bring him to Rajya Sabha from Kerala.” This, however, will not be of much help as Azad cannot return as leader of Opposition in the Rajya Sabha because Mallikarjun Kharge has already been appointed to that post. The real anger, though, is against what insiders call Rahul Gandhi’s “current advisers” who are dragging him down a path of confrontation instead of stressing the need for unity.

New superhero on the block

Move over Superman and Batman, here comes the ‘development man’. Just when the people of Bihar had started taking the ‘vikas purush’ (development man) epithet of the chief minister, Nitish Kumar, at face value, his Janata Dal (United) officially anointed him with the title. The party’s national president, RCP Singh, announced that henceforth Kumar’s birthday (March 1) would be celebrated as ‘development day’ across the state. Party workers have been asked to gather at various places in every city, town,
panchayat, village and booth to discuss the development projects undertaken by the leader who will turn 70 on that day. They will also pray for his long life and take a pledge to turn Bihar into a developed state.

As soon as word got out, JD(U) leaders started singing paeans about the sterling work done by Kumar. One of them even suggested that like Lok Nayak Jayaprakash Narayan and Lauha Purush Sardar Vallabhbhai Patel, Kumar should henceforth be addressed by all JD(U) leaders as Vikas Purush Nitish Kumar. It seems that party leaders have agreed to do so. It would be interesting to see whether the common man on the streets accepts this title.

The senior Assam minister, Himanta Biswa Sarma, the BJP’s go-to man in the Northeast, launched his fourth book, Eta Xopunor Pom Khedi (Chasing a Dream), in Guwahati this week in spite of his very busy official and party schedule in the poll-bound state. Released by the Meghalaya CM, Conrad Sangma, at a packed function, the book is a collection of 25 select speeches reflecting Sarma’s passion to transform Assam into a leading state. The launch was also an occasion for Sarma to share a couple of secrets like the one about his letter to the state BJP president, Ranjeet Kumar Dass, on February 1 last year stating that he was not keen on contesting the upcoming assembly polls, a decision he had not shared with even his family. But the letter added that he would honour any decision taken by the party.

Sarma also said posts hardly matter when asked whether he was in the race for the CM’s chair, going on to say that he wants people to remember him 50-100 years down the line as a person who lived for a cause, believed in his ideology and worked for his party and the state. However, these disclosures left his supporters and admirers stumped for they see him as a future CM, an idea fuelled by Sarma himself when he was in the Congress. A key reason for Sarma leaving the Congress in 2015 was the denial of the CM’s post despite him having the numbers. His supporters are seeking solace in the title of his book, hoping that Sarma will continue to chase his dream.

The rise of the Mahila Morcha secretary, Smitha Menon, has been causing heartburn in Kerala’s BJP unit. She first waded into controversy, and triggered intra-party issues after being seen on a delegate’s chair at the Indian Ocean Rim Association meeting in Dubai attended by the minister of state for external affairs, V Muraleedharan. The minister backed her by claiming she was there only as a PR person and dismissed charges of protocol violation.

Now she is back in the limelight after being preferred over old-timers like Sobha Surendran to receive the prime minister, Narendra Modi, during his recent trip to Kochi. Tipped for a party ticket in the upcoming assembly polls, Menon will surely set the cat among the pigeons in the coming weeks.

The sprint queen of yesteryear, PT Usha, is said to have given the nod to join the BJP ahead of the Kerala state polls. While it is not clear if the ‘Payyoli Express’, who missed the bronze medal at the Los Angeles Olympics by a whisker, would contest, the party is keen on adding her at least to the list of star campaigners with the hope of cashing in on her image. But the larger question being asked in Kerala is if Usha still has the same appeal that once brought fan mails carrying just her name and state in the address column.