Only imaginative interventions can help replenish a scarce resource 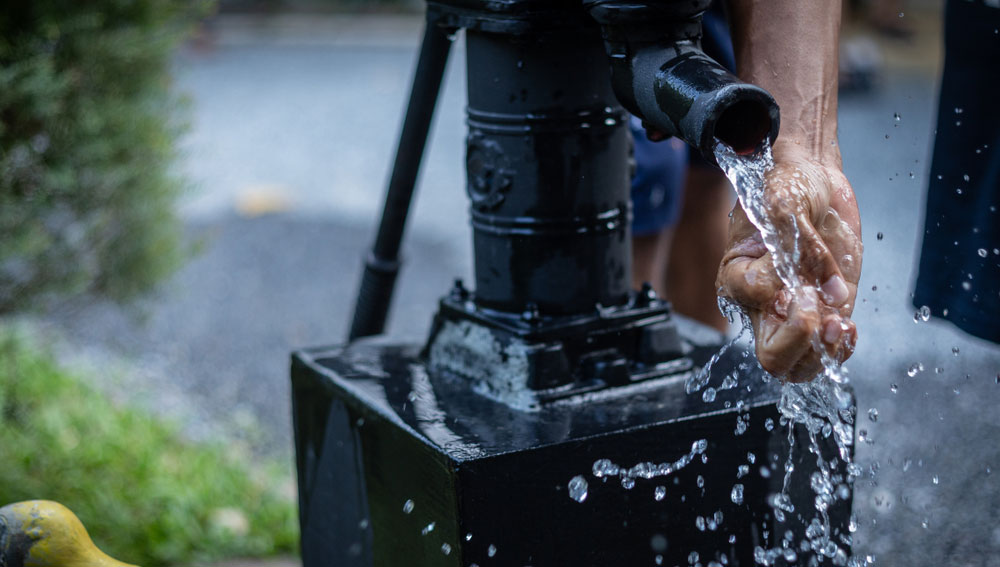 Climate change has made groundwater even more scarce, something that the Atal Bhujal Yojana, which was launched by the Centre recently, seeks to address.
(Shutterstock)
The Editorial Board   |   Published 05.01.20, 06:31 PM

India is in deep water, ironically, as its groundwater aquifers run dry. The Niti Aayog has predicted that this year, 21 Indian cities will run out of groundwater, accounting for 63 per cent of all irrigation and 80 per cent of rural and urban domestic water supplies in the country. Climate change has made groundwater even more scarce, something that the Atal Bhujal Yojana, which was launched by the Centre recently, seeks to address. The scheme rightly focuses on the grass roots, striving to bring about behavioural changes at the community level so that the administration of groundwater resources becomes judicious. But such policies are not novel; their fate depends on the nature of their implementation. Take, for instance, the village-level ‘water user associations’ that were instituted in 2013 — less than 50 per cent of Indian states involve WUAs in critical decision-making, such as the equitable distribution of water for irrigation. This is especially unfortunate since agriculture accounts for the highest consumption of groundwater. Several studies — the most recent one was conducted by IIT, Gandhinagar — have found that populist measures like electricity subsidies, unmetered groundwater pumps and minimum support prices for water-guzzling crops — rice and sugar cane are examples — lead to over-extraction. But there is an even more potent threat to groundwater reserves. Extraction and sale of groundwater are a lucrative, but illegal, business. ‘Water mafias’ not only sell this public resource at exorbitant prices, but allegations have also been levelled in no less than the national capital of the police being hand in glove with hoodlums who destroy government tankers and municipal pipelines in order to increase dependence on their business.

There is another threat that is perhaps as serious — the erroneous, yet popular, idea that water is an unlimited resource. Niti Aayog is on record stating that India is experiencing the worst water crisis in its history. Wastage and inequitable distribution of water are two persistent factors that can explain the intensity of the shortage. The future thus depends on innovation, and one million farmers in Andhra Pradesh have already shown the way. These cultivators altered farming and domestic usage patterns according to groundwater availability with the help of hydro-geologists and civil society organizations. These imaginative interventions helped sustain and replenish the groundwater table. Community water management combined with effective government policy could prevent dry days.