Cry in the wild

Lessons to take away from the two recent calamities in NorthEast 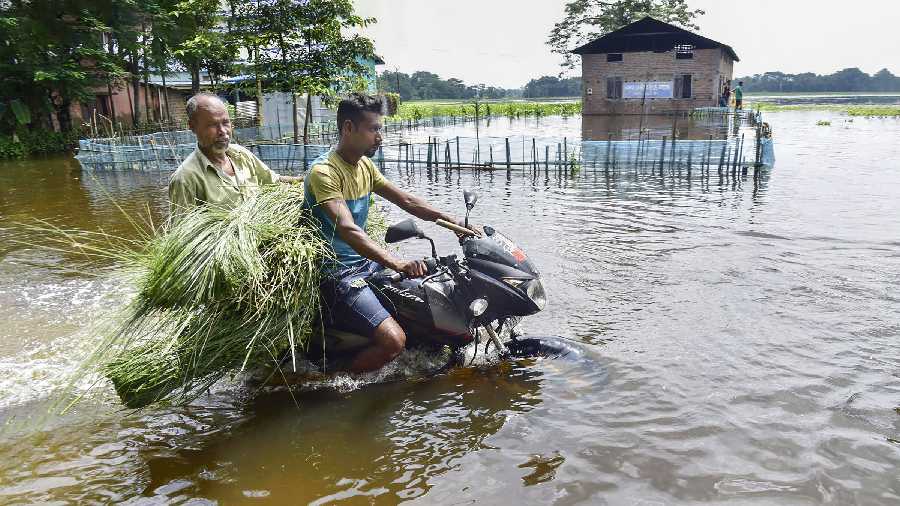 In Assam floods, state’s two major rivers, the Brahmaputra and the Barak, and their tributaries wreaked havoc, killing nearly 200 people and, at one point, putting close to 4.5 million people in danger of starvation and disease.
File picture
Pradip Phanjoubam   |   Published 25.07.22, 03:37 AM

It is never easy to rationalise tragedy. The two witnessed recently in the Northeast are no exceptions. One, the Assam floods in which the state’s two major rivers, the Brahmaputra and the Barak, and their tributaries wreaked havoc, killing nearly 200 people and, at one point, putting close to 4.5 million people in danger of starvation and disease. Two, the massive landslide in Tupul village in western Manipur’s hill district of Noney, burying alive 62 people. In Tupul, mud from the landslide also blocked the river, Ijai, leading to the formation of a lake, putting more settlements downstream in imminent danger of being swept away when the dam burst occurred. This danger was averted as rescue workers safely breached the dam, allowing the river flow its normal course, once again. Terrifying as these calamities are, two important lessons, among others, emerged from them. First is the heart-warming phenomenon demonstrated at such times of grief when people sink their differences and come together. Such tragedies evoke a humbling sense of humanity’s shared frailty. During the rescue operations, several voluntary organisations rushed to the disaster spots, joining hands with local villagers and with the army, police and paramilitary forces.

Tragedies strike a common chord, evoking, arguably, the most noble of emotions — empathy. That the most enduring works of art, literature and drama tend to be tragedies is a testament to this fact. In his book, The Empathic Civilization, Jeremy Rifkin argues that civilisation itself would not have been possible without the gift of empathy. This, he says, is neurologically determined by the presence of mirror neurons in the human brain. Some other sentient beings have them too, but in varying and much smaller degrees than in humans. Empathy is distinguished from sympathy (the capability to be sorry for another’s plight) or compassion (which goes beyond being sorry for another’s plight and is marked by an innate desire to extend help as well). Empathy is the capacity to feel and become part of another’s emotional state — distress, joy, hurt and so on. Rifkin says that throughout history, empathic circles, which determine human bondages, have been expanding. It began with the immediate kins of small, roaming bands of hunter-gatherers, went on to include clans, tribes, nations, fellow religionists, fellow professionals, and, eventually, humanity and the sentient world. Today, the empathic circle is even beginning to cover the ecosphere. More and more young people feel the hurt when trees are felled or industrial chimneys belch smoke and damage the atmosphere — revealingly practices that once were seen as signs of progress.

The second lesson that became evident after the two calamities is a derivative of the first. In these widening concentric circles of empathic bondages, the nation remains a major landmark. Another scholar, Benedict Anderson, actually called a nation an “imagined community” forged by a sense of shared destiny, and that one of the litmus indicators of the bondage of this community are the national newspapers where readers are drawn to find out about the rest of their common, but imagined, community.

A nation is held together by the apparatuses of the State — the administration, military, police and so on. But a nation would become spiritually hollow if the sense of empathic bondage of the imagined community were to be absent. The messenger is not at fault, but the fact that the two recent tragedies in the Northeast, which unfolded for weeks, could not command a sustained space on the front pages or on prime-time bulletins of a great majority of the ‘national’ media does indicate the fact that the Northeast still remains on the fringe of the national consciousness.