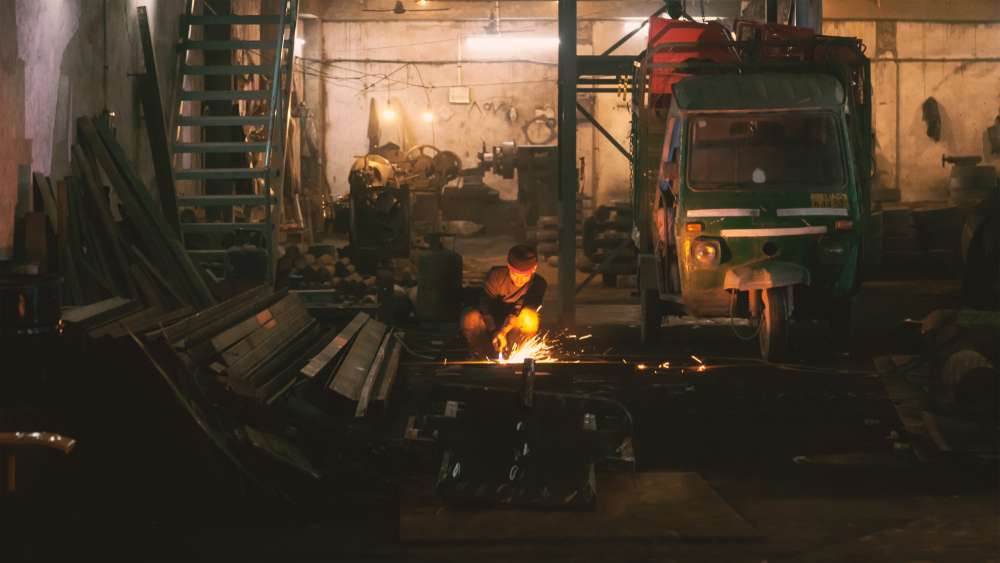 Essentially, these amendments pose a challenge to the constitutional pledge of socio-economic justice, which seeks to eliminate restrictions inimical to the freedom, dignity and honour of an individual
(Shutterstock)
Bhaskar Kumar   |     |   Published 14.06.20, 06:37 PM

Amidst the fear and chaos generated by the Covid-19 pandemic, we witnessed the plight of migrant labourers across India. Even as the economy stands wrecked by the lockdown, various state governments, in an unprecedented move, started diluting the extant labour law framework to give a push to economic activities. The absence of protection to labourers would add to their precarious existence.

Punjab, Gujarat, Himachal Pradesh and Haryana have enhanced daily working hours for labourers to 12 hours. The Uttar Pradesh government exempted factories from various provisions relating to work hours, overtime provisions, intervals and so on for adult workers under Section 51, 54, 55, 56 and 59 of the Factories Act, 1948 by way of an amendment under the powers conferred by Section 5 of the said Act. It also issued an ordinance with an intention to exempt factories and manufacturing establishments from all labour laws for a period of three years subject to certain conditions. The Madhya Pradesh government has amended its labour laws to extend the labour license validity till periods of contract, exempted factories from inspection, and recognized third-party inspection for the non-hazardous category employing up to 50 workers.

Doing away with welfare measures and the institutional protective framework will disempower the working class. Moreover, the changes in labour legislations also go against the spirit of the Constitution, which seeks to establish a society based on the principles of dignity and socio-economic justice. In Bandhua Mukti Morcha vs Union of India & Ors, it was held that Article 21 assures a citizen the right to live with dignity and freedom from exploitation. Moreover, the directive principles of state policy also provide a detailed framework regarding labour laws. Article 39, 39A, 41, 42 and 43A collectively direct the government to provide for adequate means of livelihood, the right to work, just and human conditions of work, maternity relief as well as social and cultural opportunities to all workers through legislation or economic organization. The Minerva Mills case was also a landmark in recognizing the equal status of directive principles of state policy vis-à-vis fundamental rights. Incidentally, the amendment in the law to increase the daily working hours in various states and Madhya Pradesh’s decision to keep factories out of the ambit of inspection go against the decision of the Supreme Court in the Manohar Lal vs State of Punjab. The apex court held that the right to just and humane conditions of work also contains provisions for medical care and the safety of workers, further observing that the right to appropriate leisure time through limited hours of work and weekly leaves are crucial to dignified working conditions.

Essentially, these amendments pose a challenge to the constitutional pledge of socio-economic justice, which seeks to eliminate restrictions inimical to the freedom, dignity and honour of an individual. On observing the history of the development of political institutions in our country, one would see that concepts like rights, welfare State, directive principles and social justice emerged as a means to combat challenges from the corrupt arms of the colonial State. The constitutional enshrinement of socio-economic rights was the outcome of an attempt to instil hope in those living on the periphery. That very promise has now been broken with the dilution of labour laws amidst an unprecedented crisis confronting labourers.

The importance of labour legislations cannot be undermined in the process of strengthening the edifices of equality and dignity that are the hallmarks of the Constitution. The weakening of labour laws also violates India’s international commitments on labour standards and human rights. The ruling dispensation needs to understand that the burden of curing an ailing economy cannot be imposed on workers who are being denied basic entitlements and protection.