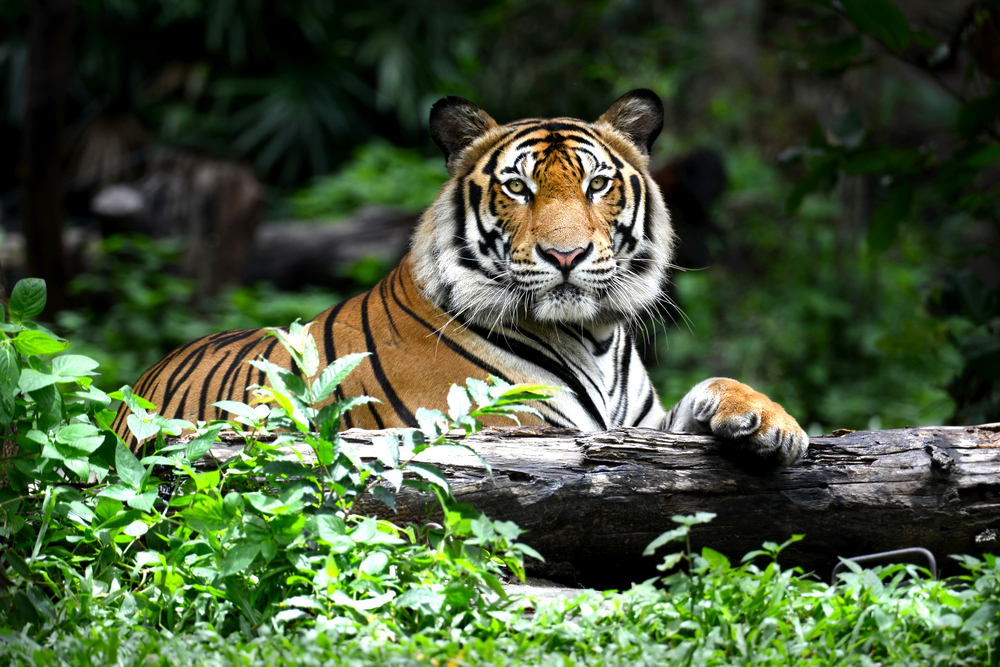 Rural communities have adapted to share space with tigers that do not threaten them.
(Shutterstock)
Pranav Chanchani   |   Published 18.12.18, 03:43 AM

Scarcely a day after the felling of Avni, the tigress who reportedly claimed 13 human lives in Maharashtra, another tigress lay bludgeoned to death elsewhere in India. Occasionally, individual tigers might develop a predilection to stalk, kill and feed upon humans. Such animals are often enfeebled by age, injury or illness. An autopsy revealed that the second tigress was aged, starving and debilitated, with multiple porcupine quills embedded in her flesh and nasal cavity. Not all human-killing tigers bear injuries, suggesting that it may also be a behavioural adaptation in some individuals. Conflict is, thus, unpredictable. However, is human-tiger conflict increasing? Conflict events occur frequently in some areas, even as they have likely declined in others. Notably, areas that support the highest tiger densities are not associated with frequent attacks on humans.

While animals that kill a human being in a chance encounter typically get away, the call to rid an area of a ‘man eater’ becomes increasingly urgent with every new episode. Lately, people far removed from the venues of conflict are rallying behind the ‘rogue’ animals, petitioning that these tigers be humanely captured and rehabilitated. Meanwhile, rural communities living in the shadow of human-killing tigers have one prayer: rid us of our tormentor. For them, the government’s intent and ability to effectively solve the problem matter. Therefore, the removal of human-killing tigers, whether by non-lethal means or otherwise, sometimes elicits celebration. This does not reveal antipathy towards all tigers, for these very communities have adapted to share space with tigers that do not threaten them.

While managers responsible for mitigating conflict are mindful of the urban discourse and local expectations, both of which can assume political hues, their responses are grounded in legal provisions in India’s Wildlife Protection Act, the National Tiger Conservation Authority’s standard operating procedures and written directives from state chief wildlife wardens. The standard operating procedures emphasize live trapping or chemical immobilization of problem animals. However, they recognize that field operations are often complex and that delays may endanger human lives. Therefore, they make provisions that such animals may be shot and killed with prior authorization. There is also some consensus among conservation biologists that the occasional removal of wild tigers is unlikely to have adverse demographic consequences. Such losses must be compensated by effective law enforcement to stem tiger mortality from other anthropogenic causes, most notably poaching.

When it comes to human-killing tigers, quick removal lies at the heart of effective risk management. Such action will not only save human lives, but also build trust in government agencies, and potentially enhance local tolerance towards tigers. The truth is that a large number of protected areas and forest divisions are inadequately prepared to effectively respond to conflict. They lack dedicated staff, access to wildlife veterinarians and persons adept at engaging with communities in crisis situations. Complex capture operations also need other resources, including elephants, darting equipment and drugs, animal holding facilities and protective gear for personnel. Such capacity must be built in conflict-prone areas.

Managing risk requires public support for conservation both in rural and urban areas. The pleas of an articulate, passionate urban wildlife constituency, questioning the death of every tiger and holding authorities accountable for missteps are also important: they ignite our collective conscience to act humanely, conserve diversity and preserve life. These voices can be more potent; for example, by rejecting ill-planned development projects that can irreparably degrade wildlife habitats, and by demanding greater government investment in conservation. Public support for conservation backed by sound policy and responsive management will enhance opportunities to responsibly share space with tigers in modern India.