Children and the changing world

If the government does not act, children will disproportionately suffer the consequences of climate destabilization 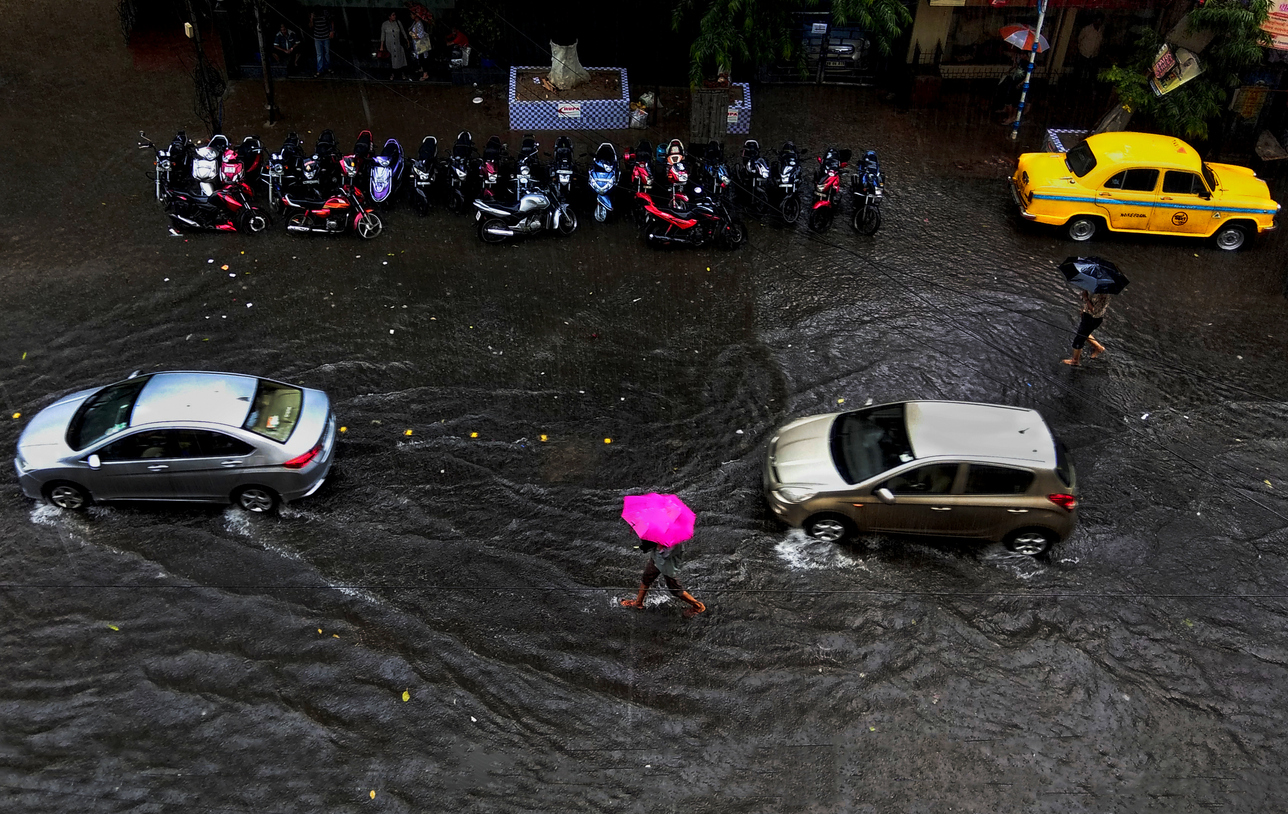 At the UN Climate Action Summit 2019, our prime minister, the leader of the third-largest GHG emitter and a Champion of the Earth laureate for policy leadership, pledged that the share of non-fossil fuel will be increased.
(iStock)
Anamitra Anurag Danda   |   Published 15.10.19, 08:57 PM

When your house is on fire, you grab a bucket and find some water immediately. It is insane to do otherwise, or so believed the UN secretary-general, António Guterres. He invited leaders to come to New York on September 23 with concrete, realistic plans to enhance their nationally determined contributions by 2020, in line with reducing greenhouse gas emissions by 45 per cent over the next decade and to net zero emissions by 2050. Guterres did not get to hear as he had hoped in spite of the build-up.

At the UN Climate Action Summit 2019, our prime minister, the leader of the third-largest GHG emitter and a Champion of the Earth laureate for policy leadership, pledged that the share of non-fossil fuel will be increased. All he said was that by 2022 India’s renewable energy capacity would be increased to 175 GW and beyond. He also said that India plans to make the transport sector green through e-mobility. Never mind that metro projects languish, and whatever e-mobility is achieved is generally through fossil fuel-based electricity. He further said that India would considerably increase the proportion of biofuel blend in petrol and diesel. The internal combustion engine is not going anywhere anytime soon. He added that clean cooking gas has been provided to 150 million families in India. Clean yes, but not emission free.

In the run-up to the Climate Action Summit, the UN secretary-general had prioritized six action portfolios, which are recognized as having high potential to curb GHG emissions and increase global action on adaptation and resilience. The prime minister chose not to speak on most of these action areas, as did most other world leaders. Such global events and hyperactivism cost much economically and also in terms of emission but yield little action.

There are other ways of bringing about desired change in policy and practice, possibly with greater chance of concrete action. Does the name Ridhima Pandey ring a bell? Ridhima is not from the first world, is brown, and is yet to be a teenager. In the absence of media hype around her, you could be forgiven for the ignorance.

Ridhima is from Haripur village in Nainital district. In 2017, at the age of nine, Ridhima filed a petition before the principal bench of the National Green Tribunal and sought directions to the respondents — the Union of India (through the ministry of environment, forest & climate change) and Central Pollution Control Board.

Her application has been filed under Section 14 of the NGT Act, 2010, seeking the tribunal’s intervention to direct the respondents to take effective, science-based action to reduce and minimize the adverse impacts of climate change in the country. In her application, Ridhima has invoked the notion of sustainable development and precautionary principle, as envisaged under Section 20 of the NGT Act, as well as the inter-generational equity principle and the Public Trust Doctrine. The application also raises the issue of non-implementation of various environmental laws.

Ridhima contends that she is directly affected by the adverse impacts of climate change and rising global temperatures. As a young person, she is part of a class that is most vulnerable to the impacts of climate change in India and yet not part of the decision-making process. The government has failed to take any effective science-based measure, and there is substantial gap in implementing environmental legislations. Without appropriate action by the government, children of today and of the future will disproportionately suffer the consequences of climate destabilization.

She has sought directions to MoEFCC to prepare an accounting mechanism and an inventory of substantial sources of GHG emissions in India and to prepare quantifiable targets (carbon budget) for the total amount of GHG emissions that can be released until 2050. She would like to see a time-bound national climate recovery plan within the existing legal framework.

Ridhima’s case is pending and the tribunal will have to decide one way or the other. She is not alone; Maria Khan is fighting it out at the Lahore High Court, as are Mbabazi and others at the high court in Kampala, invoking the Public Trust Doctrine. The decisions in these cases are likely to have a greater impact than the Climate Action Summit.

While the decisions are awaited, youngsters worldwide have to be vigilant lest Deocha Pachami and other similar coal blocks are tapped and their future compromised. Deocha Pachami in Birbhum district is believed to be the second-largest coal block in the world with estimated reserves of 2.1 billion tonnes. Last year, the Union government allotted the coal block to the West Bengal state electricity generator. Now is not the time to dig up the long dead.

Thousands join climate marches across America and the world

Greta Thunberg: The girl on a boat