Chief of Defence Staff holds key to modernization of forces

CDS must be supplemented by reforms in indigenous R&D, production of equipment 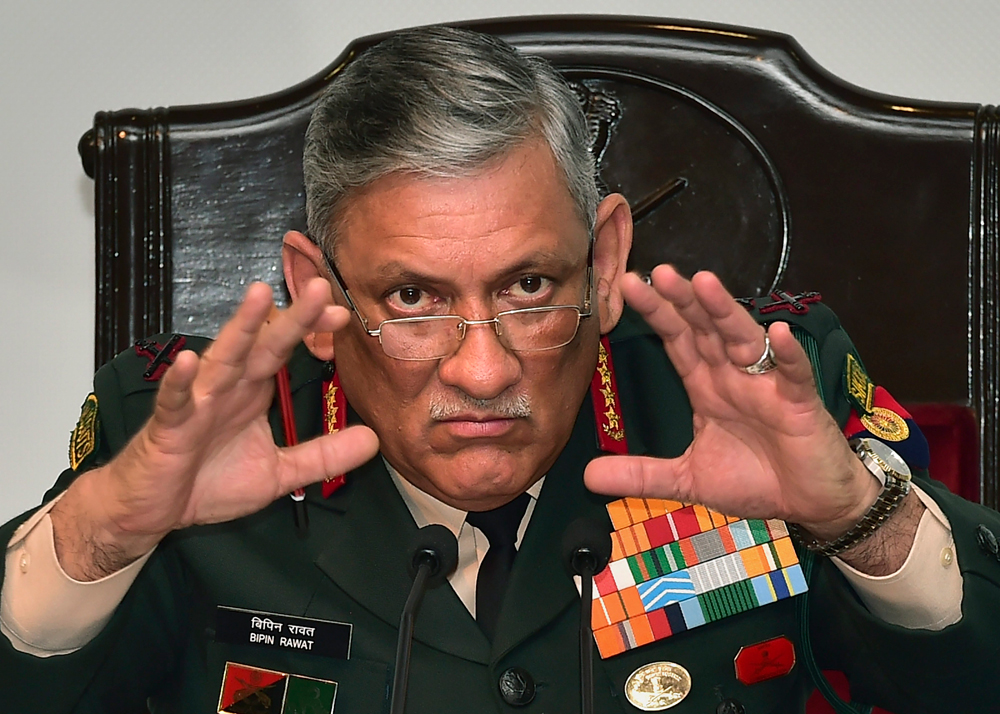 India has carried out a major structural reform of its defence services with the appointment of Gen Bipin Rawat as the country’s first Chief of Defence Staff. The move finally implements recommendations made following the Kargil War aimed at strengthening national security but which had failed to find political consensus. The CDS’s job will be to bring convergence in the functioning of the Army, Navy and the Indian Air Force. Prime Minister Narendra Modi tweeted out his congratulations to Gen Rawat, who was appointed to the CDS role just a day before he was set to retire as army chief. Modi underlined the importance of the CDS position, saying it carries the “tremendous responsibility of modernising our military forces.”

Rawat has also been named the Permanent Chairman Chief of Staff Committee (PC-CoSC), which includes all three service chiefs. The CDS ranks primus inter pares – first among equals -- in the COSC and will function as the “Principal Military Adviser” to the defence minister. The establishment of the CDS role follows the recommendations of a 2001 report by a group of ministers under then-home minister L. K. Advani. The GoM report had urged the appointment of a CDS as a single-point military advisor to the government which has now being modified as “to provide military advice to defence minister”. However, the three service chiefs will continue to provide advice to the defence minister on service specific issues.

Accompanying these changes has been the creation of a new department of military affairs (DMA) in the defence ministry with the CDS as its head and ex-officio secretary. Modi said the creation of the military affairs department “with requisite military expertise and institutionalisation of the post of CDS… will help our country face the ever-changing challenges of modern warfare.”

These three changes, in combination, are expected to improve integration of the armed services with the MoD and also enhance inter-service cooperation and coordination which is described in defence services as “jointness.” The government has entrusted the CDS with the job of bringing all service commands under one umbrella. The restructuring of military commands is aimed at “optimal utilisation of resources by instituting jointness in operations, including through establishment of joint/theatre commands.”

The restructuring is founded on the belief that the “military” is a subset of the larger defence domain. Until now, the CDS has been dual-hatted with the CDS function performed at the departmental level of the defence ministry and the PCoSC function at the subordinate level of the services headquarters. This has been a unique arrangement unlike any major military powers’ setup.

This shake-up, in fact, goes beyond the recommendations of the 2001 GoM report and the 2012 Naresh Chandra committee report. These two reports had proposed variations of the structural reforms just instituted by the Modi government but not all three combined. The GOM had urged the double-hatting of CDS and PC-CoSC, but not the creation of the DMA. The Naresh Chandra committee had recommended the establishment of the PC-CoSC as well as increasing the military component in the MoD, initially up to the director level.

Following these two reports nothing much changed in practice despite alterations in designation and there was no effective change in the transaction of business rules either. Civil-military relations remained trapped in the military vs civil paradigm. The creation of the military affairs department, with the CDS as its head, hopefully addresses this deficiency. The DMA has also been assigned its responsibilities in the Allocation of Business Rules.

The department of defence (DoD) under the defence secretary retains the broader responsibility of “Defence of India and every part thereof including defence policy and preparation for defence”. “Defence policy” is a specific responsibility that finds mention for the first time and apparently signifies the aspect of political guidance being provided to the military.

In effect, following the changes, the DoD should now be able to focus on the broader issues of defence policy since major areas requiring specialisation have been hived off from the DoD and placed under the military affairs department with the CDS as its head. These are the armed forces -- namely the Army, Navy and Air Force; the defence ministry integrated headquarters comprising the army, naval, air and defence staff headquarters; the Territorial Army; works relating to Army, Navy and Air Force; procurement exclusive to the services except capital acquisitions; promoting “jointness” in procurement, training and staffing for the services; restructuring of military commands for optimal resource use through jointness in operations, including through establishing joint/theatre commands; promoting use of indigenous equipment.

The four roles of the CDS largely conform to the GOM report -- firstly, providing single-point military advice to the civil political executive. Secondly, the CDS will administer the strategic (nuclear forces). Thirdly, the CDS will enhance the efficiency and effectiveness of the planning process through intra and inter-service prioritisation. Fourthly, ensure required jointness in the Armed Forces.

The government has specified that the CDS will not exercise any military command over the three service chiefs. The GOM had said, “Meetings convened by the defence secretary on issues concerning him shall be attended by the CDS as necessary and vice versa. The Chiefs of Staff will also attend the meetings convened by the defence secretary, if required and vice versa.” The GOM had said the purpose of such an arrangement was to ensure that the aspect of Warrant of Precedence did not “vitiate the working environment of the ministry”. But what should not be missed is that the CDS now possesses departmental powers including financial ones, something which was not part of earlier recommendations.

Segments of the defence department that were formerly dealing with these heads will initially constitute the DMA and mutate to an optimal civil-military human resource mix.

To be fully effective, though, the present measures must be supplemented by reforms in the Achilles heel of defence modernisation -- the domain of indigenous research, development and production of defence equipment.

Having finally implemented recommendations made two decades earlier, there’s no time to lose in carrying out reforms in the more difficult domain of defence modernisation, despite weighty political issues like the private versus public sector. The pressing question is whether the fiscally strained government will bite this bullet?