BROUGHT BACK TO LIFE

Return of the native 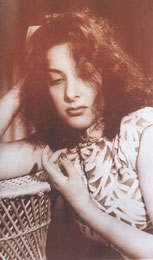 I have known a lot of people in the film world, but I have little interest in films: for the last 30 years or so I have not been in a cinema house nor watched films on TV. I confess I had a false sense of superiority over men and women who made millions acting before movie cameras. I envied the acclaim they got from the masses but did not think much of their craft. After I got to know Kishwar and her husband Lord Meghnad Desai, I realized I was wrong. He made me understand that the cinema has had a powerful impact on the way Indians think and act, on their speech and their values — anyone who ignored it could not hope to understand his countrymen. Not only has the southern half of India been ruled by men and women from the film industry, it has representation in parliament and is a powerful force to garner votes during elections. So, reluctant as I was to read Kishwar’s biography of Nargis Dutt, Darlingji: The True Life story of Nargis and Sunil Dutt, I did so; I enjoyed reading it because it is well-written and learnt more about people I had kept at a distance.

Nargis was among the film stars I got to know during my years in Bombay. I had seen her in Mother India. It had made her into India’s Sweet-heart Number One. She had married Sunil Dutt, who had played the role of her son. It could be described as a living version of the Oedipus Complex — a mother-and-son love relationship. She had a long-standing affair with Raj Kapoor, but once married to Sunil she became a devoted wife and never looked back.

Her mother, Jaddanbai, was Muslim; so was Nargis nominally. I knew she was a frequent visitor to the Hindu ashram in Ganeshpuri, which I visited more than once. The man she married was a Punjabi Mohyal Brahmin. Since she spoke Punjabi fluently, I assumed she was Punjabi. I was wrong. She was from Uttar Pradesh and picked up Punjabi after her marriage. I have written about our first meeting. I repeat it, as it remains embedded in my mind. It was sometime in the late Seventies, the Dutts were going through a lean period in their acting careers. Their children, including Sanjay, were in Lawrence School, Sanawar, across the hill from Kasauli, where I have a villa. Nargis and Sunil wanted to be present at the Founder’s Day of the school. Rather than stay in a hotel, they asked a common friend, Gulshan Ewing, editor of Femina, to ask me if they could stay in my bungalow. A meeting was set up.

Nargis arrived at The Times of India building. Everyone from the peons to the editors of different journals and the managerial staff recognized her. Their unbelieving eyes watched her as she walked into my office. We shook hands. She looked very demure as she made her request. I blurted out: “Sure, you can stay in my home, but on one condition.”

“What condition?” she asked nervously.

“Thereafter I have your permission to tell everyone you slept in my bed.”

She burst into a peal of happy laughter and put out her hand and said in Punjabi, “Hatth aiye — give me your hand.” We clasped hands. And became old friends.

After she returned from Kasauli, she came to my flat to thank me. I recall, on her way back home, we stopped at a paanwalla’s shop. Once again, everyone passing by recognized her. Two men gaped at her; one said loudly in Gujarati, “Sunil Dutt ni joroo chhe.” Nargis rewarded them with a torrent of the choicest abuse in Punjabi for using the word joroo.

I can never forget one exchange she made with a member of the Opposition. There was a case of a brutal gangrape reported in all the papers. This lady, who happened to be short, plump and very dark, was blaming the government for its failure to protect women. Nargis shouted back, “Why are you so worried? Nobody is ever going to rape you.” There was a burst of laughter. The poor lady was crushed to silence. I wondered whether calling a woman not rape-worthy was unparliamentary. Or whether it was recorded in the proceedings.

I happened to be in New York when Nargis was in hospital, being treated for cancer. I wanted to call on her. She refused to see me. Chemotherapy had deprived her of her hair and reduced her to a skeleton. She wanted to be remembered as a beautiful woman. Soon after, she died. Her body was flown back to Bombay. She was given a Muslim burial.

This is hardly a review of Kishwar Desai’s book. All I can say in apology is that it brought Nargis back into my life.

Return of the native

What do we make of her million

democracy in her country?

Or is she-in-power a recipe for

Is she really brave or bold?

Or has she her freedom already sold?

Will she actually fight extremist

Or use them merely as her horses?

Will there be no gap between her

Is her mind towards India changed

Will she be as good as she seems?

Will she handover to India Dawood

Who is a better bet, Musharraf or

Or the two of them jointly?

Or is the question silly?

Finally, will Benazir a place in

Or only of her loved and hated father