Advertisement
Home / Opinion / Bengal: How it was won

Bengal: How it was won

The BJP’s loss is heartening for the TMC; an analysis of the factors that led to its victory shows the way it must now go 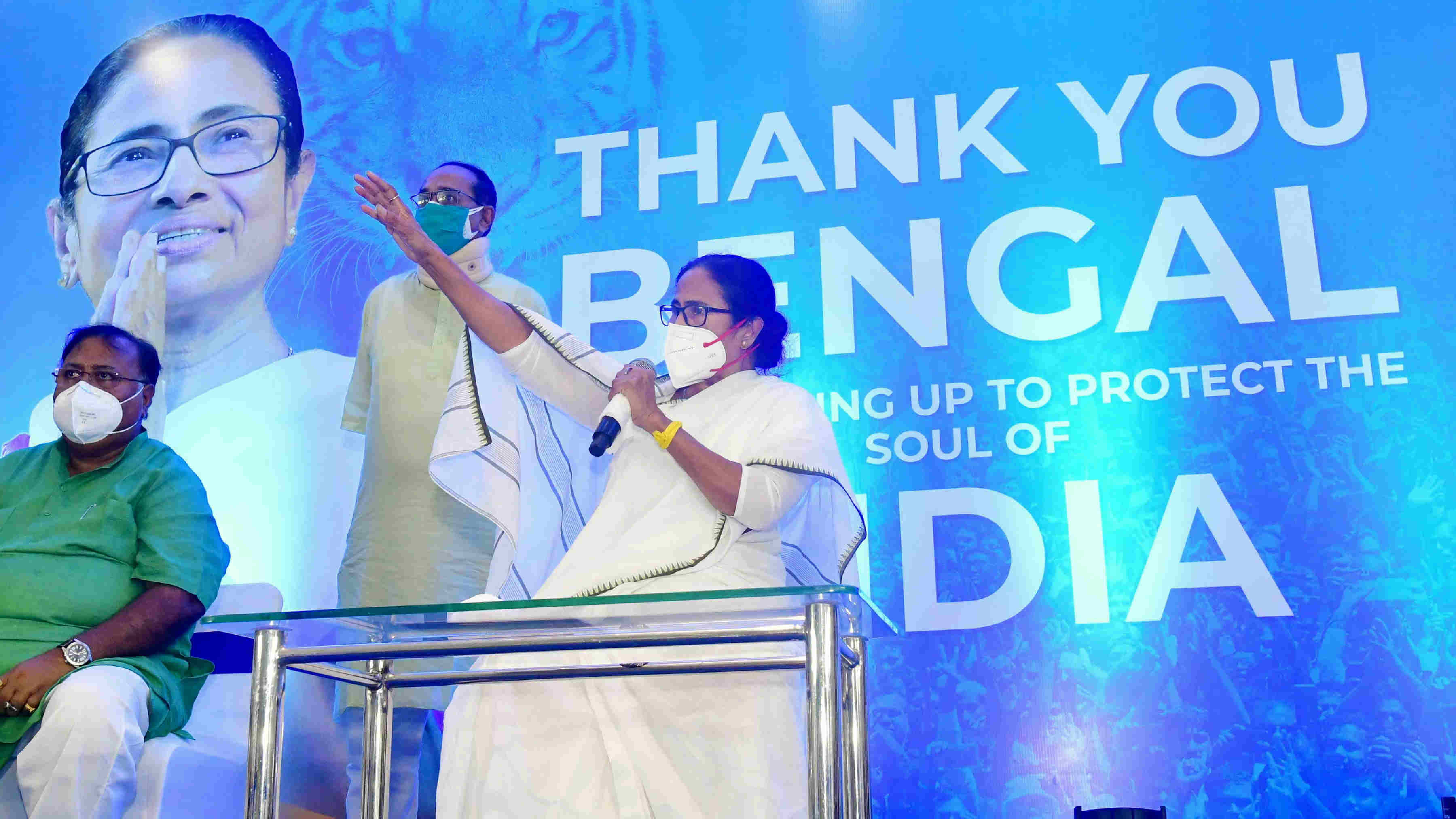 The mandate given by the people to Mamata Banerjee and the Trinamul Congress in West Bengal is certainly a rejection of the politics of communal hatred. But the nuances within the endorsement suggest how the new government must work to fulfil the people’s hopes and strengthen the anti-polarization thrust. The Bharatiya Janata Party’s gains in the state show that polarization is far from absent. That the BJP is now the only Opposition in the assembly means that the new government cannot relax its vigilance regarding the culture of hatred. The percentage of votes polled by the TMC shows it did not win on the strength of minority votes alone; large sections of the majority community supported it. Rejection of polarization, belief in a secular society, dislike of a party that flaunted its resources and declared how it would change Bengal in everything from citizenship status to marriage and food, all added up to the resistance. A powerful contribution to it was the ‘No vote to BJP’ campaign. Creative and vibrant, it was a movement largely of the young without political banners. This is a source of positive energy for the future, while its message is a salutary reminder that politicians are accountable.

Another remarkable factor was the women’s vote. Women rose against the insults to the chief minister, for these insulted all of them. In their choice of party, they asserted the dignity of the women of Bengal. Welfare schemes, such as Swasthya Sathi that identifies women as family representatives, or Kanyashree, have given women a sense of independence and security. Bicycles in rural and semi-urban areas came as a boon to many who ride them to college and school, or use them for work after classes. Settlers from other states who, Ms Banerjee had clarified, were not the ‘outsiders’ she blamed for disrupting peace at election time, voted for the TMC too. In the last three phases of voting, the TMC’s winning streak was consolidated by the Centre’s failure to control the second wave of the pandemic. Ironically, Ms Banerjee’s request to the Election Commission to combine the phases because of the raging virus was ignored. The BJP’s loss is heartening for the TMC; an analysis of the factors that led to its victory shows the way it must now go.