DELHI DIARIES: With Kangana in the backdrop, Pawar comes to the aid of Sena; and why the BJP is banking on 'chemistry' in Assam 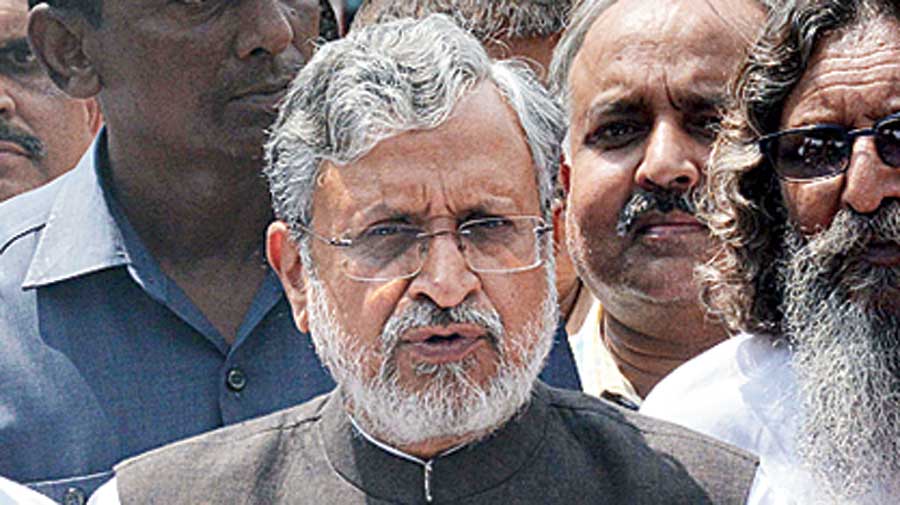 The senior Bharatiya Janata Party leader and deputy chief minister of Bihar, Sushil Kumar Modi, hailed the “dur-drishti (vision)” of his CM, Nitish Kumar, at an event recently. The prime minister, Narendra Modi, was launching some schemes related to the animal husbandry and fisheries sector, and speaking during the event Sushil Modi lauded Nitish. This did not go down well with a section of leaders in Delhi. Some even repudiated the veteran politician saying, “It was due to a meek leader like Sushil Modi that Nitish succeeded in subjugating the BJP.” It was even pointed out that the event was to showcase the PM’s gifts to poll-bound Bihar and many wondered about the need to shower praise on Nitish. But the CM and his deputy in Bihar share a long association; Sushil Modi has been Nitish’s deputy since 2005, barring a break of a couple of years, when the Janata Dal (United) boss snapped ties with the BJP. Nitish, who used to be firmly against Narendra Modi campaigning in Bihar for his alleged association with the Gujarat riots, would tell reporters that he already has ‘his Modi’ and doesn’t need another one. Much water has flown down Patna’s Ganga and Delhi’s Yamuna since then and some within the BJP feel that the Nitish-Sushil jodi may have to pay for their past deeds sooner or later.

Whatever be the general perception about the lack of internal democracy in the Congress, the party leadership has perfected the art of political accommodation over the decades. There was a strong demand from leaders — both old and young — that the 23 members who wrote a letter to Sonia Gandhi about the drift in the party should be punished. However, the top leadership not only refused to act vindictively against them, but it also ensured they are represented in every important organ of the party.

The most significant is the inclusion of Arvinder Singh Lovely, one of the signatories to that infamous letter, in the party’s central election committee. This is the body that will conduct internal elections to the post of party president and working committee, and Lovely’s presence will ensure the dissident group is aware of the processes and violations, if any. The six-member committee formed to assist Sonia includes Mukul Wasnik, one of the signatories to the letter, the top policy-making body — working committee — has three members from the group including Wasnik, Ghulam Nabi Azad and Anand Sharma. The communication department has Manish Tewari and Anand Sharma while Jitin Prasada is in the ‘in-charge’ category. Although sections of the media misread the dropping of Azad, he has been requesting Sonia to be relieved of the general-secretary assignment for years. Other ageing veterans like Motilal Vora, Ambika Soni and Mallikarjun Kharge, too, have been relieved from that taxing job. Party insiders believe that Sonia is particular about consensual politics and avoids unnecessarily antagonizing party colleagues. The reshuffle had Sonia’s stamp, although she also partially accommodated Rahul Gandhi’s wishes.

The veteran politician, Sharad Pawar, came to the aid of the Shiv Sena at the right time since the demolition of the office of the actress, Kangana Ranaut, would not only have diluted the anger against her among the common people of Maharashtra but also opened a Pandora’s box in terms of illegal constructions which are rampant in Mumbai and other big cities like Pune and Nagpur. Even political parties — be it the Nationalist Congress Party or the Congress, the Shiv Sena or the BJP — would have come under scrutiny had the list of unlawful constructions come out. Although the Sena cadre was livid, Pawar tutored the CM, Uddhav Thackeray, on political warfare which is often fought with a cool mind and off the battlefield. All the three allies — NCP, Sena and Congress — see her as a pawn in the BJP’s hands, but they may now avoid a public spectacle of their animosity.

The ruling BJP in Assam is banking on “chemistry” to see them through next year’s assembly polls. The national general-secretary in charge of the Northeast, Ram Madhav, and senior Assamese minister, Himanta Biswa Sarma, suggested as much in their respective speeches at the inaugural meeting of the newly-elected state executive in Guwahati last week. Dismissing the proposed alliance between the Opposition parties that is expected to mobilize the minority votes, Madhav said it is chemistry that works in politics, not arithmetic. And the BJP knows how to gel with its allies, reminding the office-bearers of the BJP’s convincing win in the 2016 polls by stitching up pre-poll alliances to end the 15-year reign of the Congress which ploughed a lonely furrow.

In the remote chance that the Rashtriya Janata Dal’s Manoj Jha wins the election for the post of the Rajya Sabha deputy chairman, the Opposition may win a morale boost, but end up losing a powerful voice against the government. Jha has made his mark as a trenchant critic of not just the BJP but the sangh brand of politics.

The Karnataka CM, BS Yediyurappa, always had plans for his sons. While BY Raghavendra is a Lok Sabha member, BY Vijayendra was made a vice-president of the BJP in the state last month. The Lingayat strongman who is known as a master strategist couldn’t care less about his party’s rhetoric on dynastic politics when it comes to his own family. And, he is not alone, given the number of such instances within the BJP in other states.