How much of genuine personality do our politicians today bring to their social media personas? 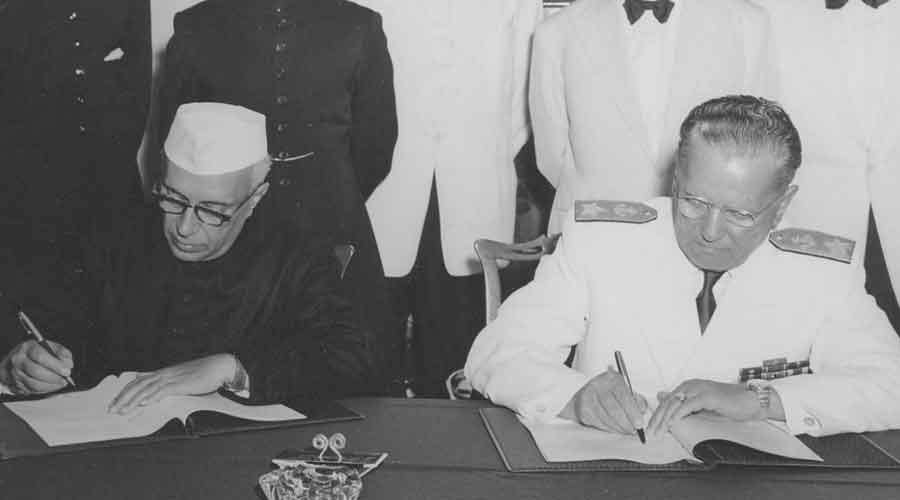 You know you are looking at a platform worth the note, if not reckoning, when a Union minister congratulates his Prime Minister for his vast following on the same. Recently, railway minister Piyush Goyal congratulated Prime Minister Narendra Modi for crossing six crore followers on Twitter. Goyal equated the notched-up number with his boss’s “people-to-people connect, inspirational leadership & charismatic personality” resonating with people all over the world. It made me wonder how much of genuine personality do our politicians today bring to their social media personas. How might have the same tools been wielded in another time, by another set?

I would think Nehru would keep two handles. Handle 1 @India would be used for important announcements, perhaps a photograph of Nasser, Tito and himself, signing the Declaration of Brioni and a single eloquent line beginning, “Peace cannot be achieved with separation…” The other handle, @thebuttonhole, would be used to tweet sweet remembrances and tag friends. A photograph of his younger self at Harrow hashtagged Throwback with the caption “Predictable Joe”, his nickname at school. Patel would tweet @TheCrossExaminer, put out the occasional searing message, tag a Churchill @WinstonIsBack and demand, “When France fell before the Nazi onslaught, in the midst of total war, Mr. Churchill offered union with England to the French. But when it comes to India? Oh no! Constitutional changes in the midst of a war?” Would Mahatma Gandhi ever get on to the virtual platform?  Unlikely, I think.

A message from JP

Bose’s handle @AmiSubhas would be active only in spurts, motivational messages for Azad Hind cadets. Sarojini Naidu would tweet @MrsNaidu. A welcome message to the delegation of the Asian Relations Conference in March of 1947 with the tweet, “We are at the first spring time of the world. I bid you, arise from your grave…” On a soft night at Hyderabad, she would write, “See how the speckled sky burns like a pigeon's throat/ Jewelled with embers of opal and peridote.” Throw in an icon of a night sky. Jinnah tweeting @TheBrief would most likely have someone handle his account, break the rule only to tweet at @TheCompatriot, Iqbal’s handle. Periyar would tweet @OldTamil, and use the hashtag Arivu Viduthalai Iyakkam for his fiery posts. JP would retain @KadamKuan for odd musings and tweet @JP --- “Dear Prime Minister, I have watched with dismay and growing agony the way you have been pushing down the country ever deeper into the abyss of darkness…”

Sambit Patra’s stress on the word 'nonsense' backfires on Modi