RTO checking all points of buses, will try to keep stray animals off roads 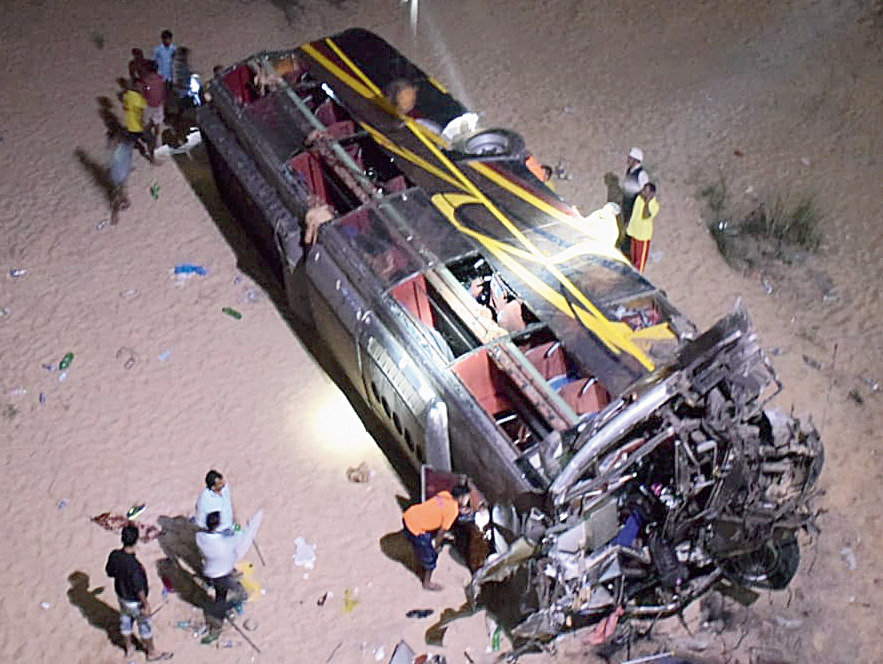 The regional Transport Office (RTO) has intensified inspection of passenger buses in the state capital in the wake of the accident of a passenger bus in Cuttack on November 20 claiming 12 lives. Besides, the RTO is also chalking out a plan to curb the menace of stray animals on the road.

A special squad has been formed to inspect the condition of the passenger buses along with braking system. Transport officials said that the team was also checking the driving licences of drivers, fitness of the buses along with other documents. “Each of the passenger buses is being given specific time for arrival and departure from the bus terminal in their concerned permits. The team is also going through the timings of the buses to ensure that the buses don’t make delay in the allotted timings and later try to make up for the delay by driving at greater speed,” said regional transport officer, Bhubaneswar-I, P.K. Mohanty.

Besides the team is also making surprise to put a curb on drink driving. “The drivers found drunk will face stringent actions including suspension of their licences. We also urge the passengers to bring such drivers to our notice,” said a transport official.

RTO officials said that another drive would be soon started in the city to inspect the fitness school buses as well. The team will check almost every aspect of the vehicle including braking system, light, tyres and gearbox to ensure that buses are fit to ferry school children and students.

On December 20, the passenger bus coming from Talcher had lost balance after hitting a buffalo and plunged into the Mahanadi river.

“Stray animals pose a risk for buses on the roads and we have communicated the matter to the Bhubaneswar Municipal Corporation after the accident. A meeting will soon be convened to chalk out a detailed plan to restrict the movement of stray animals on the roads,” added the transport official.