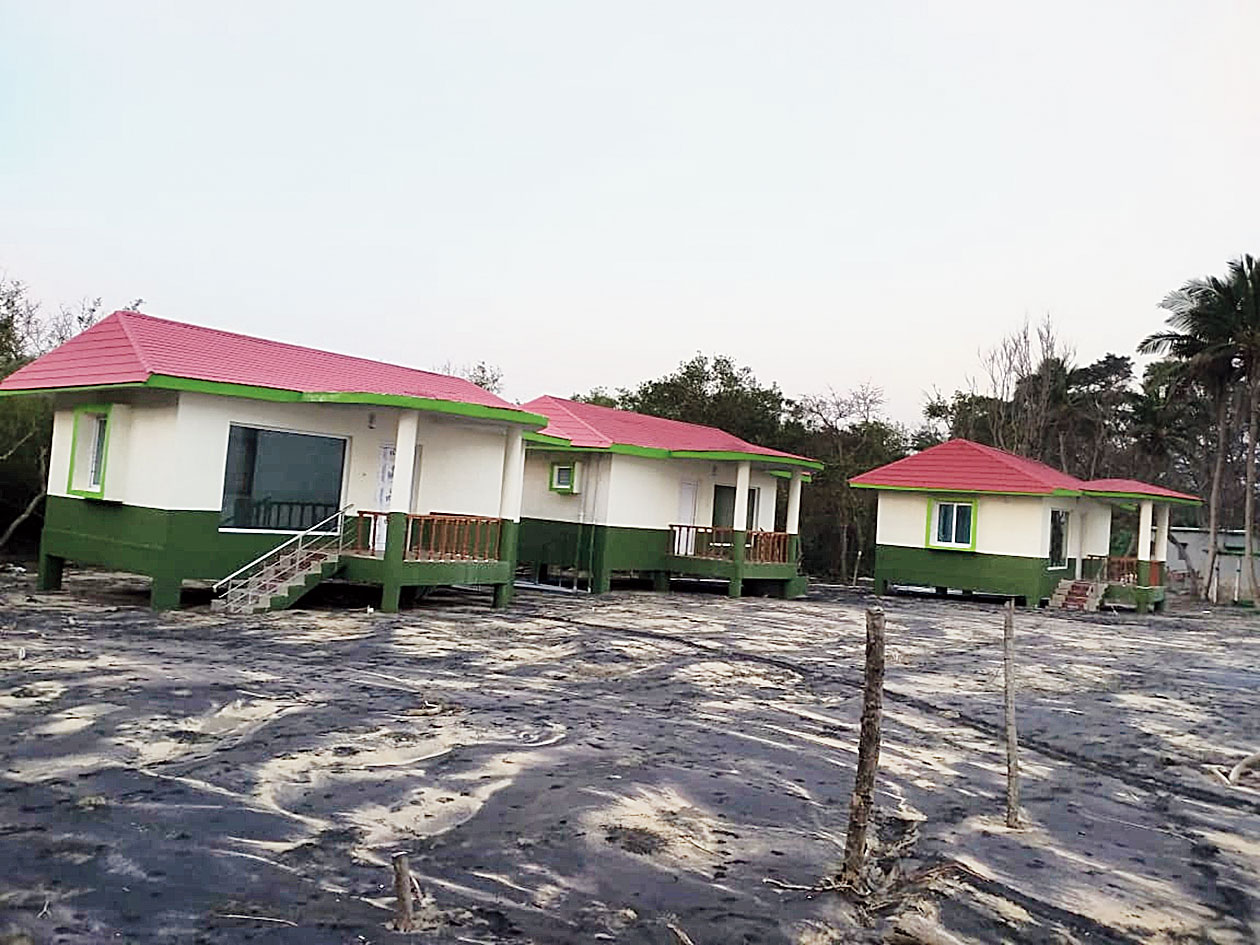 For nature lovers, here’s some good news. The idyllic Habelikhati Island in the Bhitarkanika National Park is ready to host tourists.

Three well-furnished guest houses have come up close to the beach and would be thrown open for visitors from November 1, said officials.

“The Habelikhati Island is nestled along the Bay of Bengal. It’s nature’s paradise with dense forest cover and sea encircling the island. With the new facility, the island will become a favoured ecotourism both for the domestic and international tourists,” said Rajnagar mangrove (wildlife) divisional forest officer Bimal Prasanna Acharya.

“Three guest houses built at close distance from the sea are now being readied to host tourist from November 1. The forest department had earlier built a tourist cottage. However, erosion had taken a toll on it. The cottage was ravaged by the marauding sea waves,” he said. “The Gahirmatha coastline is being constantly battered by sea. Sea is also furious at Habelikhati. The advancing sea had ravaged the tourist cottage here about four years ago. So this time, we have adopted caution in building the new cottages at those spots, which remain unaffected by sea erosion,” said a forest official.

“A half-an-hour boat ride from the national park would take one to the unmanned and scenic island. Our emphasis is on to ensure safe and comfortable sojourn of visitors, who throng here in large numbers to savour warmth of the eco-system and unique environs of its wetlands,” said Acharya.

The beach at the island has emerged as a nesting ground of the olive ridley sea turtles. One could come across the breathtaking sight of turtles invading the beach en masse to lay eggs by digging pits by their flippers. The turtles could be sighted at the place during February-March, when turtles turn up for their annual sojourn. Besides, the island is an ideal spot for the sighting of Gangetic dolphin species.

“With improved tourist infrastructure, we are hopeful of impressive turnout of visitors to witness the unique natural heritage of turtles’ mass nesting. The nature lovers are debarred from witnessing arribada (mass nesting) at the Nasi-II Island, where millions of these animals turn up. The prohibition remains enforced round the year at Nasi-II because of its close proximity to the Defence Research and Development Organisation’s centre at the Wheeler’s Island,” said an official.

The Bhitarakanika National Park is one of the richest storehouses of mangrove genes. Here, researchers have come across 11 of the 70 mangrove species, which are at an elevated threat of extinction in the world.