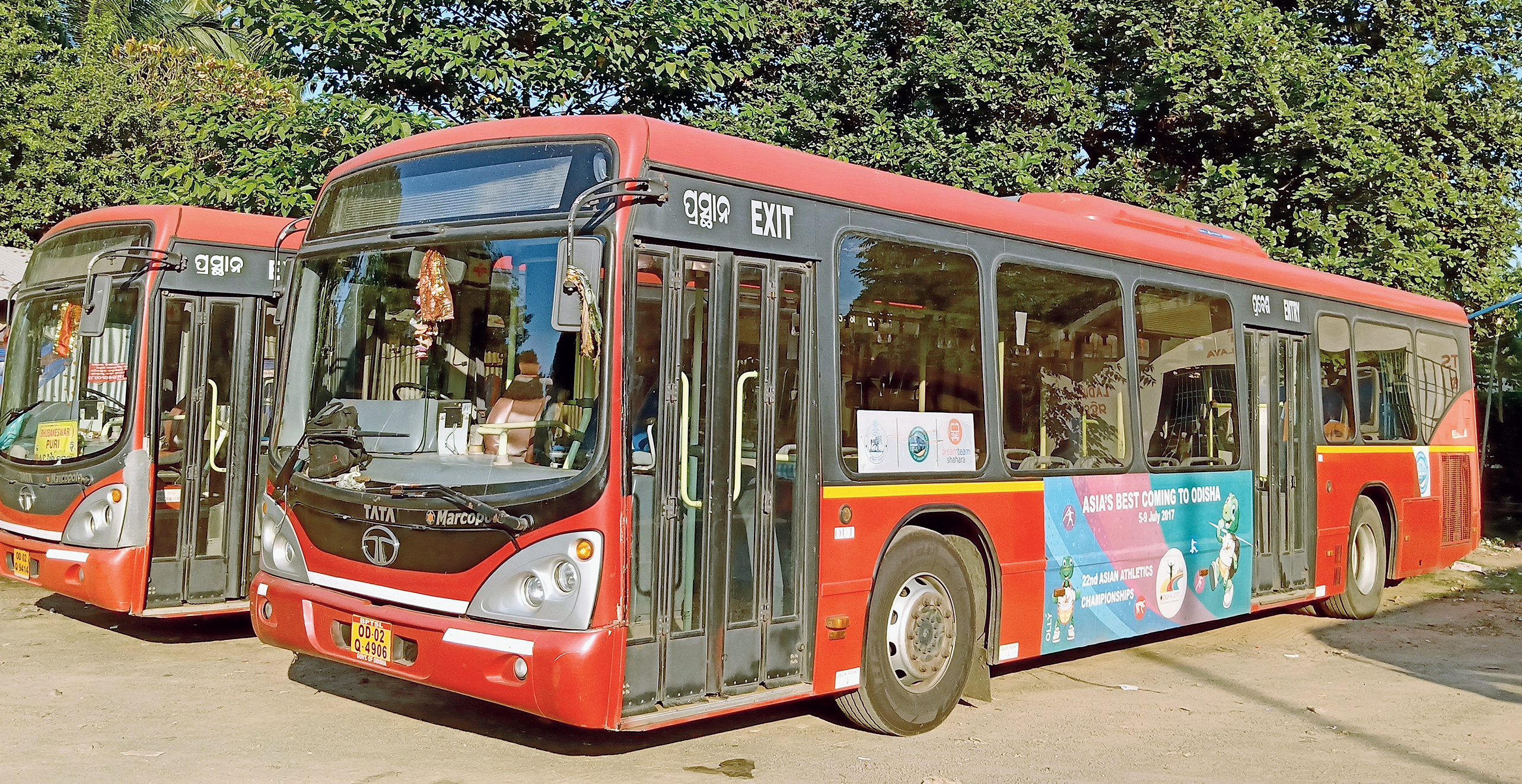 The urban mobility services will get a boost with the Capital Region Urban Transport gearing up to roll out 200 new city buses, which will be equipped with ultramodern IT technology, on the city roads from November 6.

The new buses are set to hit the streets as the transport body has finally got the area-based permit from the commerce and transport department, which on Thursday issued the notification providing permit to the buses.

According to the notification, the buses can enter as many as 465 revenue villages of the state capital and that includes its surrounding areas such as Khurda and Jatni. The transport jurisdiction of the city will be known as Bhubaneswar Urban Transport Area.

At present, the city has 110 buses, which run on 17 routes in the city and also connect Puri.

Besides, it has 107 bus shelters, mostly dilapidated. The authorities are making attempt for renovation. The average time for waiting for a city bus is about 30 minutes, according to officials.

The bus shelter for passengers at Raj Bhavan Square in Bhubaneswar.
Pictures by Ashwinee Pati

“Our officials have prepared the presentation and submitted the application with the transport department to get the area-based permit for the new buses. The application was passed and a notification was issued according permission to the buses,” said a transport body official.

Sources said similar notifications would shortly be issued to accord the area-based permit to buses to run in the Puri, Konark and Cuttack Development Authority areas as the transport body had brought the entire area under its jurisdiction. “The application for other areas will be submitted after November,” said the official.

It will also add certain smart features to the new fleet of buses to make it more citizen-friendly. The new buses have been designed with features such as spacious cabin according to the Urban Bus Design Code.

The bus service will use technologies such as mobile app through which citizens can book their tickets and get to know the locations of the vehicle and minimise their waiting time at the bus stop. The app for the city bus service will be available both on Android and iOS operating systems and a desktop variant to track their locations and arrival times.

The bus shelters will also have advanced features such as digital screens to display the bus routes and the arrival times.

Officials said the bus operation, along with the mobile app, would be integrated with a command and control centre of Bhubaneswar Smart City Limited. Through the vehicle-tracking system facility, the experts at the command control centre can monitor the bus services and also co-ordinate with the app service.

“We have been developing 200 new bus shelters. Out of these, 100 will have cycle-docking facility to provide last mile connectivity to the commuters. We are also planning to procure 90 electric buses,” said mayor Ananta Narayan Jena.